All the Time in the Sky 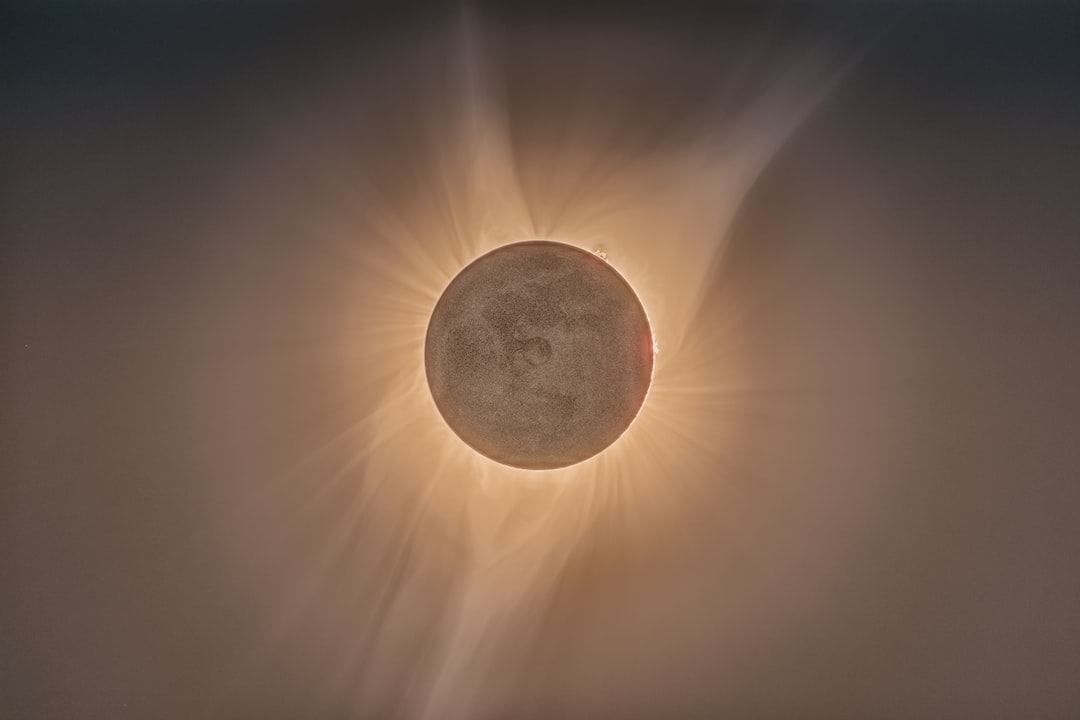 Photo by Bryan Goff via Unsplash.

From the author: Do you remember the day the sun split in two?

Do you remember the day the sun split in two?  We thought it was an eclipse, at first--the way the sky darkened, how the sun faded into a shadow of itself--and we watched the heavens reflected in that stupid Italianate birdbath you adored, hand in hand as song birds went silent and the bees in your garden stopped buzzing.  You said, "Was this scheduled?" and I laughed.  Can you believe I laughed?  But if you had seen your face...  So serious, so puzzled, so perfectly you.  I didn't know everything was changing, that our existence had fundamentally altered, that we would never be the same.  If only I had kissed you then.  Instead I looked down at the water and said, "If anyone would know, it should be you."  I still think that about so many things: If anyone would know, it'd be you.

Did it rain?  I remember there being rain, thinking that you'd water the flowers beds later that evening despite nature taking care of itself.  I always was more Darwinian than you.  Which may or may not be ironic--I can't decide and by the time I do, it may not matter.  Kind of like the rain.  I checked over hundreds of accounts of that day and not one mentions rain so maybe my memory's faulty.  Maybe tears were falling from my eyes.  Perhaps I'd been washing the car and dropped the hose in wonderment, spritzing us both.  The last one sounds more like me than the rest--except the car wouldn't have been anywhere near your garden, now would it?

Why did you drop my hand?  Had you realized the eclipse wasn't an eclipse?  Did you have a sense of foreboding?  Was my palm too sweaty to hold?  I was jealous of how the sun held your attention more firmly than I could.  That, in case you ever wondered, was why I about-faced and raised my face to the sky.  You grabbed the back of my shirt and said, "Don't!"   You feared I'd wreck my eyesight, but of all the things that were destroyed my eyes were not one of them.  I said, "I think the sun's broke."  (You can rest assured I leave that part out when I recount my where-were-you-on-that-day story.)  You glanced up for half a second and said, "You're right.  That's not the moon."  And it wasn't.  The sun itself had turned into a black orb and far-away stars twinkled in its wake.

What was it you said next?  I couldn't hear over the susurrus in my ears, loud as a thousand starlings taking flight.  I meant to look at you, but my gaze was glued to the splitting sun.  I suppose yours was, too.  Scientists who've studied the phenomenon say the compulsion to stare was overwhelming, you wrote that in a white paper.  If anyone could've resisted the sun overhead; it would've been me for you.  In dreams, I turn to you, but you are so hard to see.  You fade into the trees like mist and I'm left alone. As soon as you disappear, I forget you completely.  I used to wake in a panic; now I don't.  My doctor says this means I'm getting better--but I can't help but believe the panic is something important I've lost, too.  Forgetting you is like forgetting myself.  I should wake up screaming.

I don’t know how long we stood, side by side, heads thrown back, in the dark; do you?  Sometimes I think I remember everything; then others I think I'm only remembering footage of the split.  For me, it was like a belt had been cinched around the blackened sun, that something cosmic was strangling our god above us and we were helpless to stop it.  Then colossal wings burst from the infinity sun, pink and bloody like a murdered sunset.  It was so bright, I closed my eyes.  And when I opened them, it was night, lit by neon filaments filtering through a cosmic hourglass.  For a moment, it was as if all time was in the sky, as if we were one with forever.

It was a countdown of sorts, wasn't it?  How long until all our beliefs were destroyed.  We'd built our entire existence on the basis that two must come together to make one.  Two by two, sperm and egg, mate to my soul.  But then, the halves of the hourglass separated.  Light coiled itself, clumped together into two yellow orbs of light.  One sun tore itself in two and our world burned bright as tiger's eyes.

Things were never exactly right after that, were they?  It wasn't just us that destructed, I know, but I never understood why you cared so much about that second sun.  You could tell me the exact number of days--as if days still held the same meaning after the schism--but I recall it being something like two months; maybe three? before one of the suns fled deep into the universe, leaving us, once more, with a single star.  Putting you on a quest I had no role in, searching for answers I had no questions for.  All I knew was that I lost you.

But now, I think you need to come back.  Your garden is a mess.  The birdbath has cracked.  The fish pond is a figure eight.  Weeds are running rampant; for every one I pull, three more flourish.  The flowers are out of control.  Yesterday, I swear I saw a swallow tear itself in two.

Today...  I feel like a shadow of myself.  Everyone says I've a glow about me.  There is a tightness in my chest--like my heart is breaking--splitting--in two.  Am I next?  Is this really happening?  If anyone would know, it'd be you.

And should I survive, do me a favor?  Remind me--both of me--of the time we loved you.