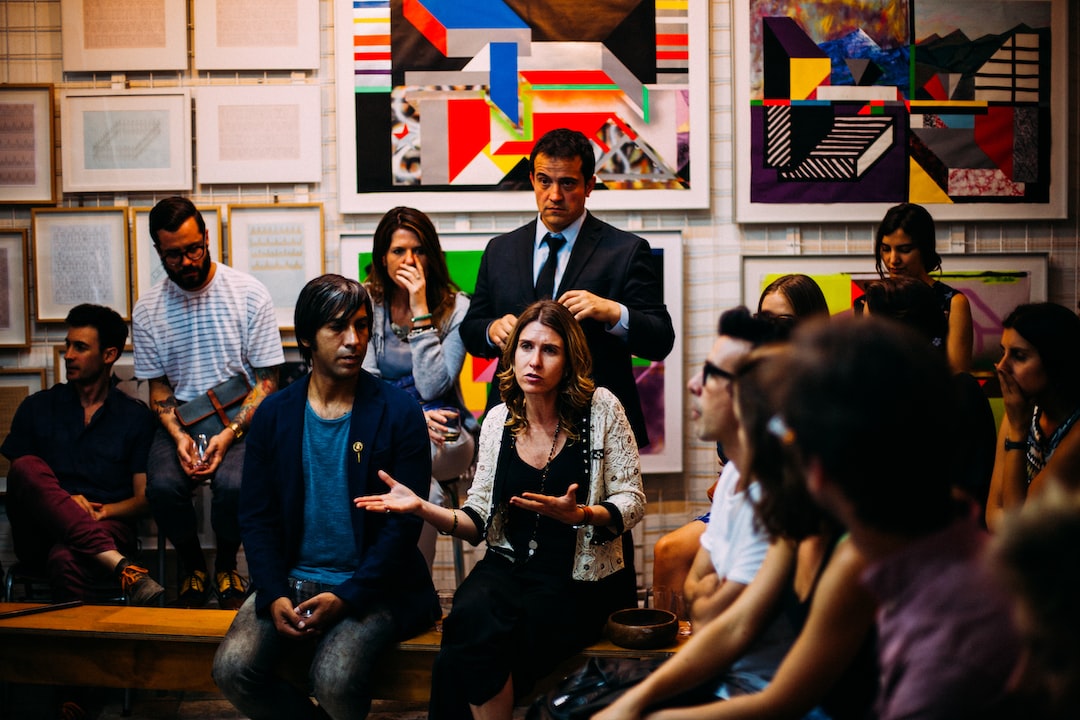 Photo by Antenna via Unsplash.

From the author: A group of time travel addicts gather for a meeting to talk through their time-travel-related issues.

"Hi, my name is Jen, and I'm addicted to time travel."

"Hi, Jen," the somber group intoned. A few made eye contact, but most continued to stare at their feet. A girl in a baseball cap across the room picked at her nails, poorly hidden headphone cords snaking their way down her neck and into her purse.

"Jen, why don't you tell us about your experience, and when you first knew you had a problem?"

"Well, I was born twenty years ago, but as you can tell by the stubborn wrinkles and gray hairs, I've spent quite a bit of time traveling as well. Last I calculated, I think I've lived out about forty-five or fifty years."

A few heads nodded. A few nervous hands tugged at their own gray hairs and brushed across the premature wrinkles that no expensive anti-aging cream would diminish.

"I started way back in high school. At first, it was just a quick research trip here or there, but then a friend showed me how I could use it to lengthen my weekends. I'd leave Friday after work, and to everyone else it seemed that I'd had a normal two-day weekend, but I'd really spent a week taking in the Chicago World's Fair or drinking at a speakeasy—"

"Yeah, partyin' with Gatsby." A man across the room winked and nodded knowingly.

"Eventually, my schoolwork started suffering. I'd excuse myself to use the washroom during class and go spend a month or two out in gold rush era California, or hanging out with my grandma during her wild teen years. Sometimes I'd just go back to my own childhood and rewatch my favorite cartoons. Cartoons were so much better back then."

Around the room, heads nodded.

"Anyway, by the time I got back to school, I wouldn't remember a thing about the lecture. I once spent six months pretending to be a Southern Belle in antebellum Mississippi, and when I came back, I'd completely forgotten that I was supposed to be on a date with my boyfriend. I walked right past him and out of the restaurant. Ten minutes later he sent me a break-up text. I couldn't even remember how to use the stupid cell phone to text him back."

"Was that the moment of your revelation?"

"Well, is there anyone else here that would be willing to share with Jen the story of your own revelation, the moment when you realized you had a problem?" A few hands slowly crept toward the ceiling. "Ivan, go ahead, why don't you tell your story?"

"Yo. Name's Ivan. So, the first time I knew, like, for sure that I had a problem was when I met a chick at a concert — real nice girl, big hair, loud laugh — anyway, I asked her out, but when I went to pick her up, I had to wait for her in her mama's front hallway and there, right on the wall, was an old-timey picture of a girl I'd gone out with on one of my trips to the past. Turns out my new girlfriend was my old girlfriend's granddaughter. I turned around and ran — and I mean ran — straight to this here community center to see when the next one of these meetings was gonna be."

A few people clapped, but most just shifted awkwardly in their seats.

"Anyone else? Go ahead, Thalia."

"Well, I first knew I had a problem when I ended up in one of those paradoxes—"

Around the circle, people nodded and chuckled.

"Yeah, you know what I mean? I'm sure I'm not the only one it's happened to, but man, it messes with you. Anyway, this was one of those weird ones where I made the stupid mistake of giving something to my past self. It was ridiculous, really, this dumb little rag doll, and the worst part of it was that it didn't even really mean anything. I mean, I wish it'd been some family heirloom or a winning lottery ticket or something... I don't know... important, but no, it was just this stupid, cheap doll that I'd played with as a kid. I never could remember where I'd gotten it; I just kind of figured it was from my mom or grandma or something, right?

"But one day I found it in my closet and it made me all nostalgic, so I went back to the old neighborhood where we used to live in before my parents divorced, and for whatever reason, I brought the stupid doll along. I don't even know why. I was just feeling sentimental, I guess. But as soon as I saw that little girl sitting on the front stoop, all by her lonesome, I just. . . I didn't even think about it. It just happened and there I was, handing her that stupid, ugly doll. And then I remembered. That's where I'd gotten it — from some stranger who'd happened to walk by when I was playing outside one day."

Thalia wiped her eyes. A box of Kleenex made its way around the room.

"It was kind of unnerving, you know? Makes you wonder what's real."

Heads bobbed. The girl in the baseball cap yawned.

"Thank you, Thalia. Anyone else? No one? Okay, Jen, back to you. Now that you've had some time to think about it, do you know when you realized that you had a problem?"

"You know, to tell you the truth, I didn't think I had a problem. I only came here because my sister asked me to. She's older than me — well, biologically anyway. She hasn't traveled much, so she still looks ten or fifteen years younger than me now. Anyway, she said she was worried about me, and I promised her I'd come, but now that I'm here, I can see that she was right. I definitely have a problem."

"Well, we're very glad that we were able to convince you of that. Was there something in particular that spoke to you? One of the others' stories, perhaps?"

"No. Actually, I just realized..." She pointed at the girl with the baseball cap tucked over her eyes. "I've been here before."

This story originally appeared in The Overcast.