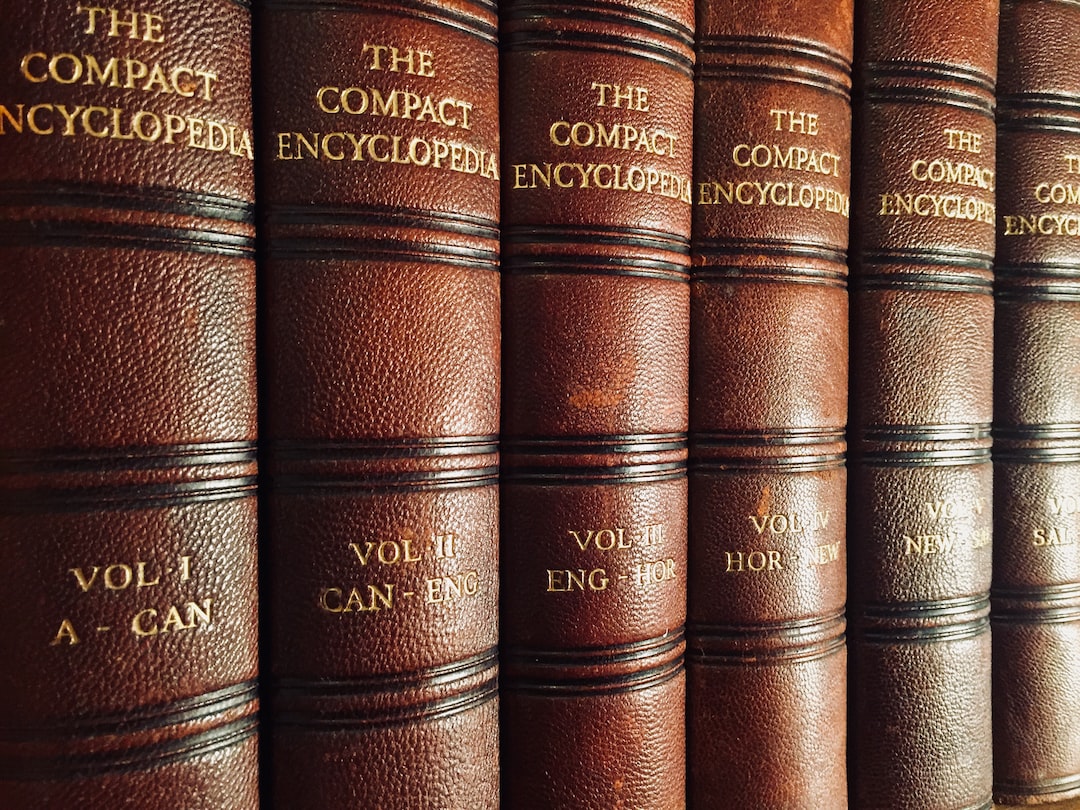 Photo by James via Unsplash.

From the author: A girl learns a hard truth about history from a set of old encyclopedias.

Grandma kept her set of dusty old Encyclopedia Britannicas locked up in the heavy oak china cabinet in the parlor. They sat there, concealed from view behind her diplomas and the fading photograph of her as a young woman in a business suit, shaking hands with the last of the Old World presidents. Every time I passed the room, I'd stand on my tiptoes to catch a glimpse of the books' cream-white spines, tall and straight and unmoving as the soldiers that monitored the city's streets.

Grandma kept the key on a chain around her neck, tucked into the front of her blouse. She never took it off — not during our weekly bath, or while tending our Prosperity Garden, or even during her annual health inspection.

One time, when I asked her about it, she sat me on her lap and ran her fingers through my hair and smiled one of her familiar, sad smiles.

"You've got all those encyclopedia apps on your tablets, Maddy. Why on earth would you want to look in those old books?"

I tried, but at the age of nine it was difficult to explain the magic in the feel of paper books, their wisdom and weight so solid in my hands. And books like those — ones from before the war — were a precious rarity, indeed.

"When you're old enough," she said, patting my hand, "then I'll get those books down and we'll look through them together and I'll explain to you what they say."

"I've scored top marks in reading," I reminded her with a pout. "I'm testing two years above my age."

"Sometimes, my child, there's more to comprehension than merely understanding the words. Until then, remember… we aren't to speak of them."

"Not even to Janice or Malee." I'd heard her admonitions before and knew she'd make no exceptions, even for my very best friends.

"Not to anyone," she said, holding my hands so tightly that it hurt.

The bombs came down two weeks later, like starlight crashing from the heavens. Grandma's bedroom, in the house's southwest corner, bore the brunt of the first explosion. Opening her door was like opening a gate to the abyss, with nothing but ash and smoke to greet me.

By the light of fires raging in the streets, I tore barefoot down the hall, my arms out, wailing, frantically searching for something, anything to grab hold of. I remembered the rules from the bomb drills: to never go back for anything. But I couldn't just leave emptyhanded, could I?

I needed something to remember her.

As I passed the parlor, broken glass from the china cabinet glimmered on the floor and caught my eye. Though the shards cut into my feet, I barely felt them over the searing pain in my heart. I climbed the shelving, my fingers closing around the encyclopedia's first volume. The cabinet nearly toppled when I pulled it loose.

The book dropped to the floor, its pages rustling open like wings, skin-thin and lovely and delicate. Smoke billowed from the hallway, and I pushed the door shut to hold back the fumes. The book drew me in: word after word after word. Familiar, yet then again… not.

Except, no. These books were older; they came long before the things I thought I'd known. Grandma was right; I understood, but couldn't comprehend, not until another bomb shook the ground. The pages fell open again, this time to a quotation.

"History is written by the victors."

But what happens when the wrong side has won?

Soldiers outside shouted, screaming through their megaphones. They were clearing the streets, gathering lost children. Children like me, to be loaded into their trucks and shipped away from this ruined place. To be rescued. Protected. Educated. Trained. To become the soldiers and teachers of tomorrow.

I couldn't stay here, alone in the destruction. But that didn't mean I had to play along.

The soldiers called out again, closer this time, and just before they broke through the door to take me, I shoved the encyclopedia into my shirt.