Alex made this story available for free. Say thanks by sending them a tip.    Send Tip

The five patients sat in the waiting room, their minds soon to be surgically enhanced. Improved and prescient, they would be valuable assets to the ones organizing and paying for the procedures.

Beneath the room's low ceiling and partially burned out, overhead light, Jaun Patterson, Melanie Lewis, Andrew Takomi, and Preethi Sarker sat at a table, exchanging banter and small talk, while Collin Stevens sat on a collapsing couch in the corner, perusing a magazine. Though he was separate from them, he heard everything they were saying.

"The lighting in this room, it depresses the mood," he went on. "We are about to undergo one of the finest medical procedures known to man, yet they cannot afford proper lighting?"

"Calm down, Andrew," Juan Patterson said. "Be patient. We're not going to be in here much longer."

"That's for sure," Collin said from the corner of the room.

"What kind of work do you think we'll be doing?" Melanie asked. "What with precognitive abilities and all."

"Nonsense," Andrew said. "The rich do not want more money. We will be assisting the military most likely."

"The rich don't want more money," quoted Jaun. "That has to be the dumbest thing I've ever heard a smart person say."

"There's no reason we can't do both," Preethi interjected. "Speculation, stock trading, even picking lottery numbers, I'm sure we'll be doing all that in addition to your suggestion."

"Why don't they just give the operation to themselves?" Melanie asked.

"We can presume a certain amount of risk is involved," Andrew said. "They told us that much. Why risk their own bodies when they could risk ours and reap all the benefits?"

"I am not," Andrew said, avoiding the contraction, something he found plebeian. "I'm simply providing an analysis."

"Analyses can be provided with less than perfect grammar," Juan said.

"Stop it you two," Preethi said. "I don't enjoy listening to men bicker like women."

"Yes, and that's not something I mind," she said. "I find most women, like most people, intolerable."

"And I am the one accused of being the cynic in the room?" Andrew commented.

They passed a few more minutes in silence. Collin continued to read his magazine in the corner, only glancing up at the group every minute or so. The light flickered overhead, causing Andrew to frown again, but he held his tongue, not wishing to dethrone Preethi.

"I have a question," Melanie said.

All their eyes, except Collin's, turned to her.

"Of course," Andrew said. "We will not be 'seeing' the future, not in the mystical sense, but rather we will be able to predict it in the same way a physicist can predict with what speed a falling rock will strike the ground--he doesn't 'see' what's going to happen; he knows enough about the system to predict what will happen. The operation will be enhancing our intuition about upcoming events to an almost superhuman level, but of course this offers no contradictions as far as our ability to bring about a different outcome. The physicist can alter the speed of the rock if he wishes to."

"It'll be like your mother telling you that the family is going to the beach tomorrow, and you simply decide not to go," Juan said.

"Did you not read the pamphlet?" Andrew asked.

Preethi made a scowling expression who all but Melanie noticed.

There was another period of silence, followed by the sound of Collin flipping pages in his magazine.

"Say," Melanie said to him. "Why are you sitting over there? That broken couch can't be too comfortable."

They all turned to look at Collin, waiting on his response. He kept them waiting, finishing his paragraph before acknowledging Melanie's question.

"Isn't it obvious?" he asked the group at the table. Bending the corner of the page to mark his place, he put the magazine down and looked up at them.

"What is?" Melanie asked.

"Why I'm the only one sitting on this awful couch and why we have been waiting for so long?"

"What do you mean, Collin?" Juan asked.

"We've already had the operation," Collin said in a cold tone.

They were all silent as they waited for him to say something else. He didn't.

"This is how they test whether or not it worked," Collin said. "Because if you could see what I see, you would not be sitting at that table."

"They don't need failed subjects walking around, endangering their secrecy. You're no use to them, now."

"What the hell are you talking about?" Preethi asked.

"Young man," Andrew began, but he was interrupted.

At that moment, a syringe protruded from each of their chairs, impaling each of them in the back. It had concealed itself in a hidden compartment. After a few spasms and grunts, the group of four at the table were still and silent, their mouthes wide open and saliva drooling out onto the table top. There was a lack of dignity in the scene.

Collin stood up from his seat and went to the door. He didn't bother to touch the knob.

The door opened and a man walked in.

"We're ready for you, Mr. Stevens," he said. "It's disappointing that it only worked on one of you."

"I could have told you that in advance," Collin said.

The man grinned. "I'm sure you could have."

Alex made this story available for free. Say thanks by sending them a tip.    Send Tip 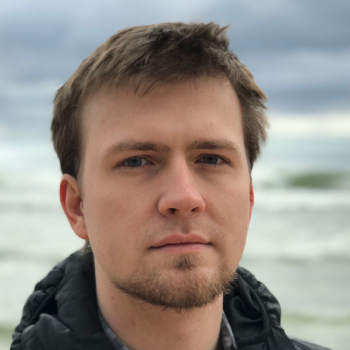