43 Responses to "In Memory of Dr. Alexandra Nako"

Thanks so much for this post, Dr. Bates. Such a fitting tribute to a true pioneer in the field of near-death experience (NDE) research. Controversy over methodology be damned; you and Dr. Nako have done groundbreaking work. I know you're still crunching the data, but I truly believe your research will prove once and for all what those of us who've had NDEs know in our guts to be true: activity continues after the brain dies and the EEG goes flat.

Agreed. I'm so sick of these narrow-minded skeptics acting like they know everything. There's something beyond death. Science backs it up. Dr. Nako is a martyr.

You need to stop the research, Kevin. We were so wrong. Thear'eja;eaa;ed

@AlexandraNako: Insensitive username much? What a douche.

@puppyhugs42: Thanks for the kind words. I hope I can do justice to Dr. Nako's contributions as I carry on our work. The American NDE Journal has shown interest in publishing our recent findings as part of a special tribute issue to her.

@AlexandraNako: Not funny, and not welcome on my blog. I lost a dear colleague this week and don't appreciate her passing being mocked.

I miss caveshark30 and his crazy-fu. Always good for a laugh. Its been far too long since we've had an illiterate troll here blaming the president for everything.

It's me, Kevin, I swear it. Ask me anything and I'll prove it. My favorite color, the last thing I ordered for lunch, whatever will convince you. But you have to listen to me and stop the research. If anyone else tries to replicate what we did they're going to unleash esfnaeaehxx

I'm so sorry you have to deal with this, Dr. Bates. I'm not surprised by the onslaught of negative comments you've gotten from the skeptics on other posts, but making fun of someone's death is so utterly heartless.

@AlexandraNako: Fine, I'll play along with your twisted little joke: why should I stop? And if you're really Alexandra, you should be able to tell me what's in the middle drawer on the left side of her desk.

All the drawers are on the right. The middle one has my journal (the one with the daisies on the cover), a bottle of hand lotion, a pack of tissues and a nail file. The last thing I wrote in the journal was my new password for the NDE Association discussion forum: LfrgH8M*. And you never call me Alexandra.

Thanks, that narrows your identity down to people with access to Alex's desk. And you haven't answered my other question: why should I stop the research?

It won't let me tell you, Kevin. Every time I try to describe it, it's like I'm suffocating, like something heavy is forcing itself through every fiber of my being, trying to rip me apart. There's something beyond death, but it's not what we thought. There's no white light, no tunnel, no sense of peace. I know you wanted to believe that. I know you wanted to believe Lily is safe.

AlexandraNako has been banned from making further comments on this blog. Based on the IP address, it sadly appears that someone at my own university is responsible for this nonsense. They will be found and held accountable. In the meantime, the best I can do is move on and continue the good work Dr. Nako and I started.

Um, guys? What if it's not a joke? All of us Near Death Experiencers know there's life after death, right? We've been there. Literally. So think about all of that equipment Dr. Nako was hooked up to when she died. What if she and Dr. Bates found a way to tap into the afterworld? Created a bridge or something. Maybe it's really her. Maybe we should listen.

@lesley: People like you need to learn how science works. Your why no one takes NDE research seriously.

@lesley: As much as I hate to say it, I agree with Chekhov's Jellyfish on this one. I know a lot people use NDEs to try and prove the existence of ghosts and other paranormal activity, but I personally haven't seen any compelling evidence supporting that.

@SchlumpySpacePrincess: Do you ever post anything but grammer corrections? Find something useful to say or GTFO.

Seriously, folks, be civil or the fake AlexandraNako won't be the only one banned.

Yikes, now I'm nervous about posting. I had the pleasure of meeting Dr. Nako after a talk she gave at my university a few years ago. She was a lovely person. But you have to admit that the ethics involved in this study are highly questionable. I know she was suffering. She likely didn't have much time left because of the cancer. But was the data gained really worth taking her own life? How much more could she have accomplished in the time she had left?

@LisaG: Apparently Dr. Nako thought it was worth it. Terminally ill persons should have the right to die how they choose. I applaud Dr. Nako's bravery in making that decision in a way that furthers scientific discovery.

You're not going to find what you're looking for, Kevin. There isn't going to be some white-lighted reunion with Lily and everyone else you ever loved. You're going to open a door that you can't shut. I got through, just barely. You don't want to know what I left behind me. It's going to get through too if you don't stop.

She's back! So how exactly does a dead person even post here? Are there computers in the afterlife? FOLKS, WE'VE GOT A REAL LIVE NDE EXPERIENCE IN ACTION HERE!

@Dr_Alexandra_Nako: I don't know who you are or why you're doing this, but it needs to stop. If you have a problem with my research, fine. LisaG expressed her thoughts on that matter quite civilly. But bringing up my daughter like that? It's sick.

When she died you came into the lab drunk. Angry. You stumbled and knocked over one of the portable work stations. The equipment was in pieces. I covered for you, said my sweater caught on the cart and pulled it over as I walked past. Who else but me knows that?

Dr_Alexandra_Nako has been banned and all posts associated with that username have been deleted.

I didn't want it to come to this, Kevin, but I will stop you myself if I have to. More people will die if this thing gets out.

You should contact the authorities, Dr. Bates. This has gotten into harassment territory.

@puppyhugs42: Thank you for your concern.

@alex: I've figured out which terminal you're posting from. Security is on the way, and so am I.

Please don't make me do this.

All sunglasses Only 23.90USD

Spam clean up in aisle 4!

I'm worried, Dr. Bates is usually more on top of deleting that stuff. Please post soon and let us know you're ok, Dr. B! 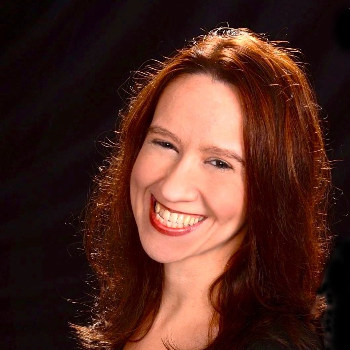