Lee made this story available for free. Say thanks by sending them a tip.    Send Tip

A Suitable Level of Reward

I’ve been watching the alley for thirty minutes. A homeless guy sleeps at the far end, shielded from the world by a cardboard fort and a dumpster that muffles all sound from reaching the street.

Half an hour ago, a killer slipped into the alley and disappeared into the darkness. By now he’ll have beaten the bum into submission, pressed his face into the tarmac while he strapped his wrists and ankles with garden ties. He’ll have pulled his head back until the neck bones creaked, ripped a knife across his neck so deep the skull will be almost severed. He’ll gut him and skin his torso like he’s dressing a deer. It won’t be pretty. A hack job, done with a knife heavy enough to be quick rather than accurate. That’ll be part of the thrill, part of the fun. The killer will leave no clues, and fade into the night as if he never existed. Same as a dozen times before.

Right on cue, he saunters out. He’s so young, tall, well-built in a way that speaks of sports and home-cooked meals. His clothes are good quality, simple, and clean thanks to a boiler suit crammed into the sports bag at his hip. There’s a pair of work boots in there, too, and his knife. He’s just another guy in his early twenties, walking home from the gym. Not a care in the world. Nothing to look at. Nothing for anyone to notice. Except he and I know better. We know what lies beneath the ordinary surface.

Quietly, I slip from my darkened doorway and fall into step behind him. He’s confident, secure, striding along without turning his head or checking to see if anyone follows. I track him a dozen blocks to a late night café in the business district, watch as he orders a milkshake and takes a seat.

I take out my phone and make the call. I give the police my name and number and tell them what they want to know. Then I cross the road and sit opposite him. He smiles over his drink.

“You bet.” Right now, a squad of cops is on its way to the crime scene. Another will be racing towards a caravan park just down the coast, to the evidence we planted and the patsy we planted them under.

It’s taken a year of planning, ever since I was laid off. Me, doing the leg work, making sure the frame will fit. And my son, my beautiful son, with so much potential it makes my eyes wet just to look at him, doing what needed to be done until the reward justified the effort.

Twenty thousand dollars. Enough to enter University, to travel the road towards the greatness he deserves.

“A good college,” I say, thinking aloud. “Get the skills to give you a good life.”

He nudges the bag with his foot.

“Already got them,” he says, and smiles.

Lee made this story available for free. Say thanks by sending them a tip.    Send Tip 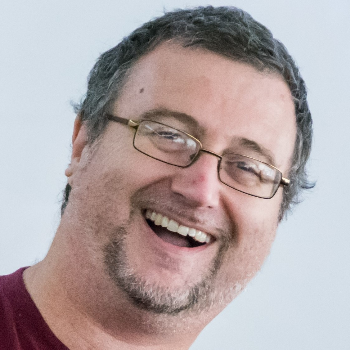