Getting Ahead in Business 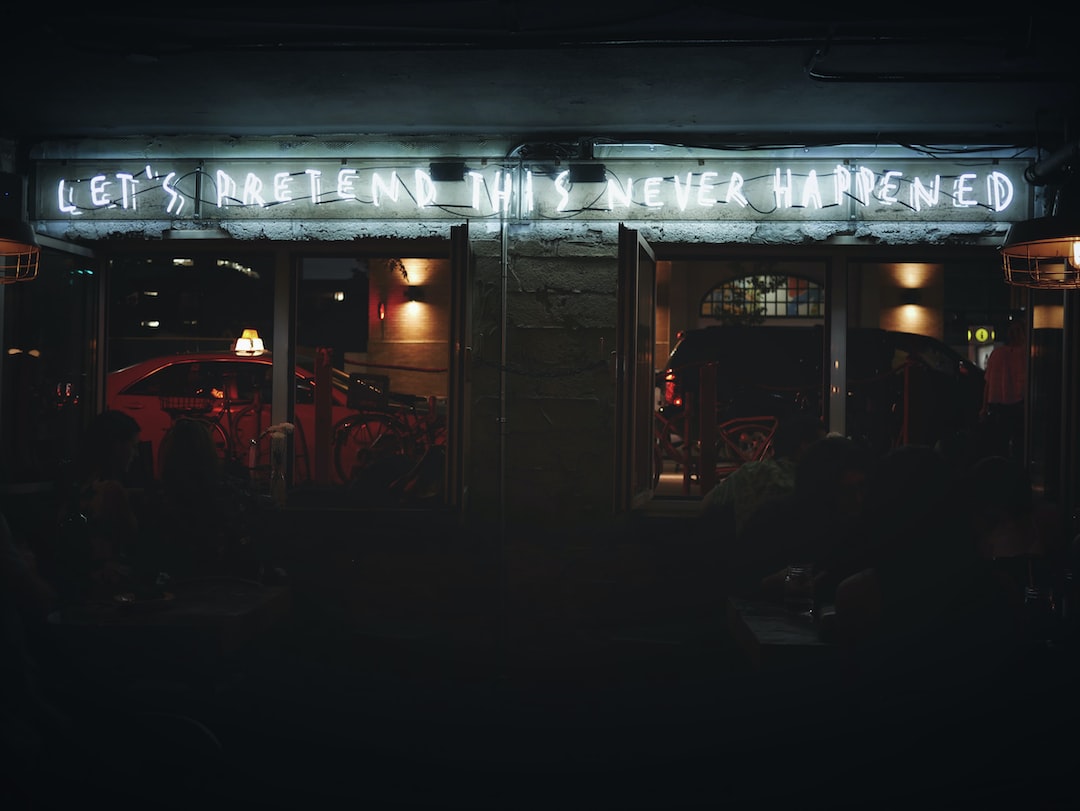 Photo by Patrick Tomasso via Unsplash.

From the author: Graeme is relatively happy with his place of employment. But the corporate headhunter who sits down across from him in a coffee shop isn't prepared to take no for an answer.

Graeme Wood turned the newspaper to Local News, folded it, and smoothed it flat on the plastic table in front of him.  The waitress passed by, giving him a professional tight-lipped smile, and he gestured with his coffee cup for a refill.  Forking a bit of his chef salad into his mouth, he bent over the paper.

The waitress returned, and he heard her filling his cup, but didn't raise his eyes from the paper.  End of the paragraph, then he could look up and thank her.

"And anything for you, sir?" the waitress asked.

Graeme looked up.  Across from him sat a large man with a crooked nose and a tie striped blue and red, meaty hands clasped on the table.

The waitress moved off.

"I hope I didn't startle you," the man said.  "I’m told I move quietly.  My name is Garnhart.  I've been wanting to talk to you, Dr. Wood."  The man did not offer to shake hands.

"Hello."  What did one say to strangers who sat themselves down across from you?  "I don't think we've—"

"No, we've never met, but, as I said, I've been wanting to talk to you. It might be that you'll like what I have to say."

The waitress came with Garnhart's coffee, and moved off again.  Garnhart leaned forward.

"Tell me, Dr. Wood, how do they treat you at Deekins Pharmaceuticals?"

"Just fine?  Seems to me that they could do a lot better than 'fine.'"  The large man opened his napkin and carefully laid it across his lap.  "I understand that you've been working on developing some new and potentially very profitable products for them."

"Of course not.”  Ganhart waved a hand in the air.  “You're a loyal employee.  I respect that.  But these days no one stays with the same company forever, right?  What would you say if I told you that my employer was prepared to give you a much sweeter deal?  Higher salary, company stock, a share in the profits that you bring to the organization?"

"Just a recruiter.  As I said, I think you'll find our offer very attractive.  We're very interested in having you come work with us."

Graeme smiled nervously.  "I appreciate the offer.  I really do.  But you know, I guess I'm kind of old-fashioned.  The people at Deekins have given me a lot of leeway over the years, let me pursue my own research after Dr. Kim passed away, and I don't want to run out on them now." He was talking too fast, out of breath, but couldn’t slow himself down.

"You haven't heard our offer yet."

"No, no, thank you.  I really wouldn't feel comfortable leaving Deekins.  Thank you, no."  Graeme ate one more bite of his salad, then wiped his mouth.  It was hard to swallow.  He laid some money on the table, and picked up his newspaper.

"I really think you'd be doing yourself a disservice by not accepting this generous offer."

"Listen, thanks, really."  Graeme  began edging out of the booth.  "But I don't want to have this conversation.  I feel like I'm double-crossing Deekins just by thinking about it.  To put it bluntly, too, the corporate world, the backstabbing and competition, well, I'm just not cut out for it.  If you'll excuse me?"  Graeme put the newspaper under his arm and turned to the door.

"At least let me walk with you to your car.  No backstabbing, I promise."

"Oh, that isn't—" Graeme didn't know how to finish the sentence. Garnhart took the napkin off his lap and carefully folded it, then and put it in his coat pocket, and slid out of the booth.  He picked up a plastic box by its handle.

“That looks like a little cooler, there.  A little icebox.”

Garnhart reached the door first and held it open for Graeme.  "Uh, thank you."  Night had fallen, and a light rain was coming down, silver in the light from the door.

"Your car is around the corner, isn't it?  An old 2016 Honda.  You could be driving something better."

"Oh, we research our prospective recruits."

They turned the corner.  The car was at the curb, next to the windowless back wall of the restaurant, crouching in the shadows because the streetlight overhead had gone out.

The rain had driven other pedestrians off the sidewalk.

Graeme dug in his pocket for his key.  “So, goodbye, I guess –“  As he unlocked the car door he saw Garnhart reach into an inside pocket.

Graeme didn't even have time to cry out as the hatchet came down.  He slumped to the wet pavement.  Garnhart brought the hatchet down again and again, until the head finally came free.  He opened the cooler, then picked the head up by the hair.

"It would have been so much easier for you just to agree, Dr. Wood,” he explained to the head.  “But after all, we can't have you working for the competition.  And what’s in your head is pretty valuable stuff."

He placed the head in the cooler and snapped it shut.  He took the napkin out of his pocket and carefully wiped his hands, dabbed at the splotches of blood on his sleeve.  “Yes, and they’ll get it outof your head, at corporate.  Now that’ssome kind of messy job.  Couldn’t pay me enough to do that.”

Garnhart smiled grimly.  While he didn't actually enjoy his work, he took satisfaction in doing it well.  A good headhunter was quite an asset to an organization.

This story originally appeared in Shroud.