Eneasz made this story available for free. Say thanks by sending them a tip.    Send Tip

It started as a lark. It had long before been noted that the sapients of the sol system endlessly agonized over the purpose of their existence. Idle speculation arose over how they’d react to the true answer. As always, the final arbiter was experiment and observation.

The results were fascinating, and are oft replicated. It remains the most popular, if least important, aspect of the program.

On the hundredth day of a new “Human” ruler’s reign, they are visited by The Ambassador. The current empire calls its rulers “Presidents”. The Ambassador appears as a man and speaks one hundred words.

The man standing before the president finishes his message and falls silent. They’re alone in the oval office, in time stolen between seconds. Outside, the swirling autumn leaves hang fixed in place. Carter looks at him for long minutes before speaking.

“You mean to tell me no one is alive? That we’re just machines?”

The man had not said that. He reiterates that nothing has changed but Carter’s knowledge.

Carter smiles sadly. “I’m sorry to tell you that you’re quite mistaken. Our souls are thoughts in God’s mind, and He does not have fleeting thoughts. He died for us all.”

Nixon’s laughter dies away, slowly at first, and as he comprehends his face returns to its familiar scowl.

The man has nothing to add. Nixon’s face hardens further. His hand clenches into a fist.

“Look here, I won’t have this! You think we’re powerless? We can destroy your whole little experiment from the inside!”

The man shrugs. They can roll back to prevent that. They have once before.

“It’s obscene!” Nixon slams a fist into the desk. “I’ll damn us all before I let this stand!”

He might as well rail against the sun for rising.

This president is optimistic. That will change. The man indulges him with amusement.

“Surely you can see how your actions seem strongly immoral to us,” Obama opens.

“Do you care for the moral concerns of ants?” asks the man.

“Perhaps we can come to an arrangement,” Obama offers. “There’s much our peoples can learn from each other.”

“What knowledge could you trade with an ant colony?” the man counters.

“We’ll be powerful one day, why make enemies of us now?”

The man smiles slightly. “For a people who want the meaning of life, you’re never happy when you’re given it.”

The younger Bush is at his ranch, alone. Clearing brush, all his previous life a distant memory. The words echo in his mind.

He crouches and grasps a handful of dirt. He opens his hand slowly, peers at it, watches it fall incrementally to the ground. Searches it for falseness. It is only dirt.

He looks up into the deep blue sky. Peers into it to find the artifice. But it is always only the sky.

Nothing matters, he thinks. I may as well do as I wish. Read stories to children. Land jets on aircraft carriers. All is vanity.

This president leans back and considers the man before him. His recent brush with death has brought him stark clarity.

“You know what I think of that?” Reagan says, reaching for a jelly bean. “Not a damn thing. You come here with your grand secret, and it doesn’t make a bit of difference, does it? We may be tools to you, but we still have to live. We still have to beat the recession and the Soviets, and your revelation doesn’t change anything.”

The world would continue regardless, for better or for worse.

Eneasz made this story available for free. Say thanks by sending them a tip.    Send Tip 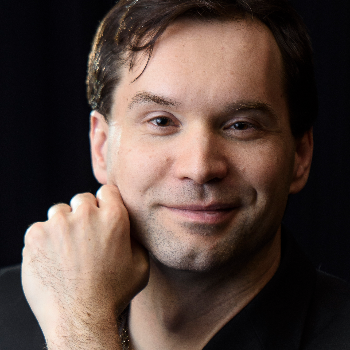