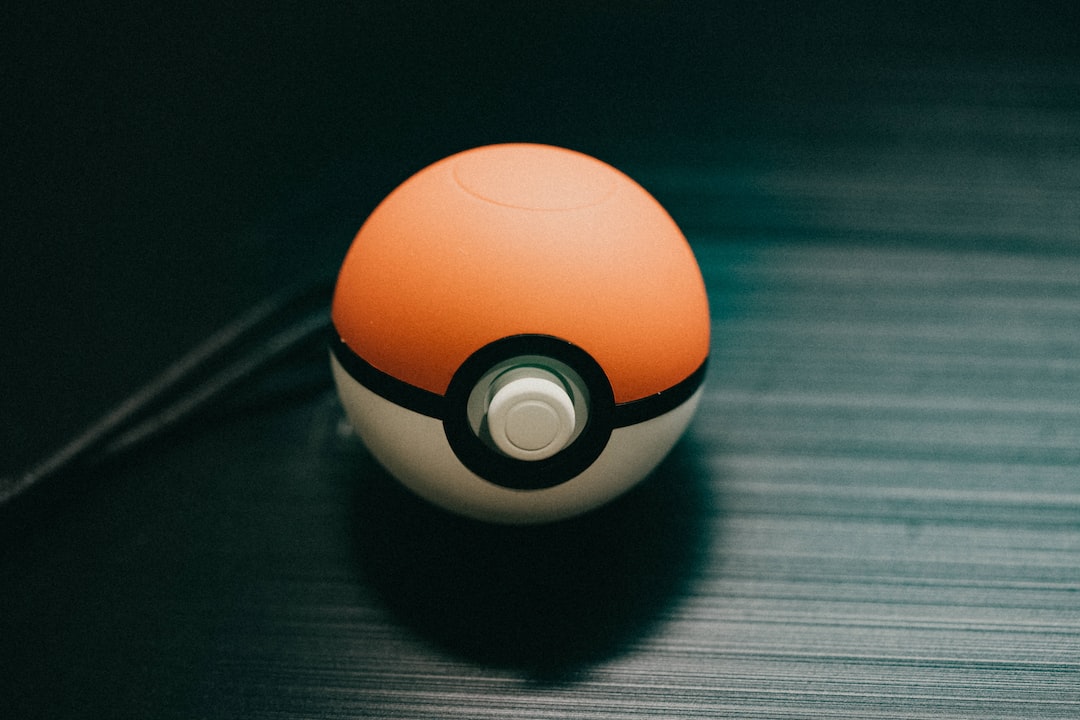 Photo by Jie via Unsplash.

From the author: A certain boy who became famous for "training" pocket-monsters has grown up, and now must confront his callous treatment of his pets.

His mother had lain dead in the house for days, until a neighbor had become concerned.   But the body had been taken away.

The living room had little to clutter it. Might as well junk the ancient TV, the scratchy radio.  Why hadn’t she gone plasma?  She'd had the money.  The sofa and one armchair were OK.  Not for his place, but they could be donated.  It would be the good thing to do.  Japan couldn’t afford the throw-away culture of the past.

The top of the old dresser was covered with tiny plastic models of unlikely creatures.  Creatures vaguely resembling ordinary animals: brightly-colored chimeras, with vacuous smiles and enormous eyes.  Ashu found a little garbage can next to the bed, and with his arm swept the menagerie on to the nest of old tissues that lay crumpled at the bottom of the can.  Gray dust floated in the still air in mindless little eddies.

The bedroom was the last.  He was done.  Coming back into this house after so many years was a trip back in time, but now he could return to his life in the city.

No he couldn't.  His gaze had lit upon the little trapdoor in the ceiling.  It was time to do the attic.

His mother hadn't been able to climb into the attic for many years – anything up there would be long-forgotten, useless. Ashu pulled the ladder down and climbed, then pushed the ceiling panel open, and pulled himself up into the small room.

He found the hanging light and switched it on. Dust covered the boxes around him. It lay so heavy and thick that his movements, his breath, hardly disturbed it.  He squatted down and opened a box.

A collection of ceramic teacups, carefully nestled in shredded paper.  They might be worth something.  He put the box next to the trapdoor.

Another box.  Some of his father's old clothes.  Rats or something else with sharp teeth had gnawed a hole into the box and on through the clothes. OK, that went into the discard pile.

Why had she kept so much old, useless stuff? She'd managed his sudden fortune when he was a child, made it grow.  Later in life he'd been well able to play the role of dutiful and grateful son, and had kept her bank account well-supplied.  But she'd hardly touched the money.

He’d sent her the money, but otherwise he’d kept away.  She’d been a part of his childhood, the childhood he had later wanted to ignore, to forget.

Another box.  Scrapbooks.  His parents, when they were young, before he was born.  Turn a page and there was Ashu, their only child, too-big eyes and tousled hair, his mouth open, in his school uniform.  Ashu could hardly remember the boy.  He set the book aside, to save it.  Then he moved it to the discard pile.

What else was in the box?  He reached inside the shadowed interior.  His hand closed on something square and cool.  Even as he pulled it out for inspection his mind tumbled.

A hollow cube, still faintly yellow in the angular light from the hanging bulb.  Once, this cube and its contents had meant everything to Ashu.  But later in life he’d gone weeks, maybe even months, without thinking about it.

All children are vicious.  Not intentionally so, usually, but creatures naturally and completely self-centered can't help but view others as instruments to be used. And, later, thrown away.  Ashu had been no different, except that he had become briefly famous for doing so.

Well, maybe he had been a little different. Even as a child, he’d seen the hard streak in himself, and had turned his attention away, had masked it with false chivalry.  But it was his devotion to victory that had made him famous, and that had later served him so well in business.  He needn’t apologize.

Oh, the battles his creatures had fought for him, the armies he had controlled!  Victory after victory, his monsters had beaten all comers. Companies had made trading cards featuring Ashu and his gang.  Board games and video games and a TV show and a couple of awful movies, all about the little boy from Japan who could summon a variety of monsters forth from the cube, to fight the monsters controlled by the competition, other “Trainers.”  Ashu got all the glory, and after each battle his dazed and injured monsters, his gladiators, his tools, were sent back into the cube.

Were they still in there?  Could they be?  After all this time?

They said that time didn't pass in the cube, but he had no way to be sure.  No way to know if the monsters inside were frozen in time and mid-thought, or if they had been slowly going insane in a gray void.

Ashu took the cube and swung himself down out of the attic on to the ladder.  He went out into the front yard, leaving the door open.

He called them forth.

He called all of the ones he could remember ever having, and they came back into the world.  Most of those that appeared on the uncut grass were already dead, small misshapen lumps of meat and faded fur and scales and feathers and shell. Others vanished as soon as they were called, disintegrating into puffs of vapor and gritty flakes.

The yellow one, his old favorite, his first, his best friend before he had discovered girls and business, hobbled and hopped awkwardly on the grass, quivering on legs so thin that he could trace the outline of every bone.  Its lightning zigzag tail bent now in the wrong places, and its long ears, now frayed at the edges, drooped.  One eye was clouded white.

It looked at Ashu without recognition.

The other was equally shrunken and withered, within its turtle shell.  Once it had walked on two legs; now it crawled about on four.  The bones of its skull showed beneath the blue hide, its claws, grown too long, curled back to the palms of its hands, and the skin on its legs hung furrowed and slack.  It opened its beak, but could only croak, turning its head side to side.

Ashu dropped the cube, and sat heavily on the grass.

What could he do?

They had been his companions when no one else had befriended him.  They had fought his wars for him, following his orders as he sent them into battle after meaningless battle, risking their lives with only his ego at stake.  He owed them.

But what could he do with them?

He couldn't take them to his house.  His wife would never accept these deformed creatures into their home.  More than that, the casual cruelty of his childhood was not a thing he wanted her to think about.  Nor did he want to give the world a reminder of what he had been: the boy who threw his enthralled followers into fight after fight, all for fame.  So he could be called a champion.

The creatures stumbled about on the grass. They both began making their halting ways towards Ashu, as if sensing their old camaraderie.  Ashu stepped back.

It was awful to see them like this.  He should kill them.  It would be a mercy.

But how?  He had no weapons.  He'd never hurt another being before, and didn't know how.  He'd always used his monsters to fight for him.

Or he could put them back in the cube. Throw the cube into the garbage, bury it in the yard, throw it off a bridge.  He could consign his old followers back to oblivion.

No.  Were they aware, in that cube?  How long would they linger there, and in what pain?

He opened his car door, and, grimacing, picked up the yellow one.  It was strangely light, and its fur came off in his hands.  He put it in the backseat.  He would have to have the car cleaned, after. He put the scaly blue one in the back too, and closed the door.

He drove out, away from the house, into the country.  All the way, the things in the back tried to climb into the front, tried to get closer to him.  They were too weak to do so.  They made croaking noises.

Ashu found a little meadow, screened by a line of trees that edged the road.  He pulled over and killed the engine.

He let the creatures out, and carried them into the middle of the meadow.  He left them there and went back to his car.

He drove back the way he had come, tears in his eyes.  They would try to follow him, he knew.  But they were too weak and slow and blind, pale memories, and they would never catch up with him.  Not if he drove fast enough, and far enough.Disards

This story originally appeared in Talebones.