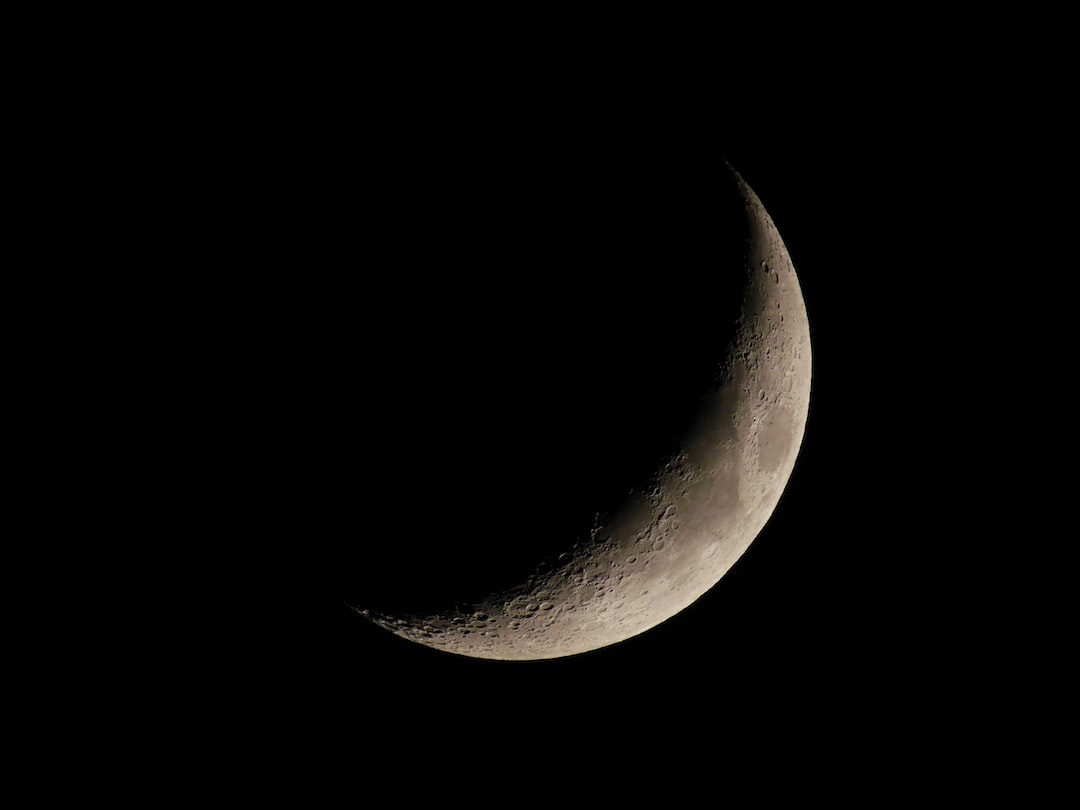 Photo by nousnou iwasaki via Unsplash.

The beep jolted Nick Ligotti awake. “We’re preparing for descent,” a voice said over the intercom. It was the deep baritone of an older man. “We’ll be on the lunar surface in approximately ten minutes. The temperature is…well, it doesn’t matter what the temperature is, does it?”

The recording got a few light laughs from the rubes in economy. Ligotti had heard variations of this joke dozens of times. He’d almost smirked the first time he’d heard it. Almost.

Malaysian was one of the few airlines that even bothered to give the impression their flights were piloted by actual human beings. Apparently, it soothed the nerves of the elderly passengers. Ligotti put more faith in the ship’s guidance systems and ground control than in flesh-and-blood pilots. Computers didn’t down a few beers before flying; computers didn’t get distracted by cheating spouses. People were inherently flawed creations. God may have made humanity in His image, but Charles Babbage one-upped Him.

Ligotti glanced at the aisle seat beside him. It had been empty when he’d dozed off. A boy of eight or so was sitting on his knees, staring at Ligotti as if he were a zoo exhibit. Fitting, since Ligotti’s only distinct memory of the zoo he visited as a kid was the napping Triceratops. So wild, so majestic…so lazy.

A sharply-dressed male flight attendant walked down the aisle, giving each passenger’s lap a cursory glance. The airlines hadn’t figured out a way to dispense with flight attendants yet, because people couldn’t be trusted to buckle their seatbelts. People. Flawed creations.

“Face forward and buckle up,” the flight attendant told the boy.

The boy sat down and buckled the seatbelt.

“If you snore, it might be a sign of sleep apnoea,” the boy said to Ligotti. “My dad had sleep apnoea. He had to be hooked up to a machine every night—”

“No offense to your dad, but I don’t need a machine to breathe.” Ligotti pulled the Space Mall catalog out of the seatback pocket and thumbed through it.

“You should see a doctor.”

“I’m not going to see a doctor, because I don’t have sleep apnoea,” Ligotti said without looking up from the magazine. “Okay?”

“Okay,” the boy said. “If you stop breathing during the night—”

“I’d rather die peacefully in my sleep like my grandpa, and not screaming like the passengers in his LRV.”

“Your grandpa died in his sleep? Even more reason to see a doctor. Sleep apnoea can be hereditary. That means—”

Weren’t this boy’s parents worried that their son was out of his seat? Ligotti flipped the pages absentmindedly, and stopped on a page of lawn gnomes and assorted other outdoor ornaments.

The boy carefully studied him, then whispered, “You’re a fed.”

“The black suit and tie.”

Ligotti sighed. The rest of the passengers, including most of those in business class, were dressed in more casual threads. Feds didn’t have a uniform per se, but they were required to adhere to a strict dress code when on the clock. Ligotti was salaried, so he was pretty much always on the clock.

“Work is boring. That’s why it’s called work.” Ligotti shoved the catalog back into the pocket. He just wanted to land, take the shuttle to his hotel, fap to some adult entertainment, and fall back asleep. He’d taken enough barbies to knock out a man twice his size for a week. They were beginning to pull him back under. His eyelids felt like lead blankets….

“My mom says if you love your job, you’ll never work a day in your life.”

Ligotti snorted. “Is that so?”

“My dad was unemployed.”

“Then what happened? He get a job?”

The boy paused. “He died,” he said quietly.

“It’s okay,” the boy said, perking back up. “I don’t really remember him—except for his sleep machine. Mama says he was a real prick.”

The boy’s frank manner when speaking about his deceased father might have shocked another passenger, but Ligotti was unfazed. He glanced around the cabin, looking for the boy’s empty seat. “You traveling with your mom?”

The boy fidgeted with the TV controls on the seatback. “She’s on Miranda.”

Ligotti nodded. “So what’s on the Moon?”

The Far Side of the Moon. In less polite conversation, the largely impoverished area was referred to by its original nickname: the Dark Side. Not that it was lacking in illumination—both the Near Side and Far Side receive roughly the same amount of sunlight. No, the difference wasn’t sunlight. The difference was darkness of another sort.

“You don’t sound like you’re from the Far Side,” Ligotti said.

“Soon as my dad died, Mama moved us to Miranda,” the boy said. “She said she didn’t want to raise no moony.” For this last bit, the boy affected a twang.

Ligotti laughed, though he probably shouldn’t have. Wasn’t much funny about moonies. His gaze drifted out the window. They were passing over the featureless dunes on the Far Side—barely lit up at the moment, in the days-long twilight.

The closer they cruised to the surface, the more settlements he could pick out amongst the fine grey sand. This wasn’t, to say the least, prime real estate. The near side, with its breathtaking views of the Earth, was far more populated. Out here, though…well, “harsh” wasn’t a harsh enough word to describe the living conditions. And he was going to spend the next eighteen months knocking on airlocks and poking his nose around this dirt hellhole.

As the ground drew closer and closer, Ligotti closed his eyes and silently prayed for an accident. A glitch buried deep within in the ship’s software, revealing itself at the moment before touchdown, resulting in a terrific crash into the runway—an inferno, quickly extinguished by the Moon’s lack of oxygen. Before it went out, the fire would burn through every body on board, delivering them from this godforsaken rock in a matter of seconds. Was it suicide to pray for your own death?

The boy was right about one thing. Heredity is an unforgiving bitch. Genetics guaran-damn-teed that. The boy was smart, but the Dark Side was baked into his soul. Ligotti could see the darkness in his eyes; he could sense it when the boy spoke about his father. He may have shed his dear ol’ dad’s accent, but it was safe to say he wouldn’t be splitting the atom. The Dark Side had a funny way of following you around, no matter what rock you escaped to.

Ligotti knew this because the darkness was in his own DNA.

It had taken him years to scrub all traces of the twang from his voice. He thought he’d escaped the Dark Side long ago. But here he was, returning to his lunar roots like a salmon swimming upstream to spawn. To spawn and die. Was that free will? He didn’t know. He’d taken the only transfer available. He hadn’t been worried where he was going, just that he was leaving Europa. Everything in his home reminded him—no, tauntedhim—of his loss. It wasn’t enough just into move to a new apartment, either. Even the brilliant blood-orange sunsets reminded him that his wife was gone. No matter how much dirt he shovelled into that particular grave, it was an open wound. The only way to deal with that type of pain was to walk away. Forget about it.

“You okay?” the boy asked, snapping Ligotti out of his thoughts.

Confusion spread on the boy’s face. “I meant that you look like you’re going to be sick.”

“Then you’d better get back to your own seat, before I get sick on you.”

The boy quickly unbuckled his seatbelt. He shot one last worried look at Ligotti, who put a hand to his mouth as if he were on the verge of throwing up. The boy disappeared down the crowded aisle, passing through the passengers stretching their legs and removing bags from the overhead bins.

“Welcome to the Moon, where the local time is eleven thirty-eight,” the recorded voice said over the intercom. “And if this is your final destination, welcome home.”

This story originally appeared in Walk Hand in Hand to Extinction: Stories Inspired by True Detective.