From the author: A beloved city tradition is suddenly ignored by Mrs. Bainbridge. If rioting won't fix the problem, maybe tea can?

It was the city’s tradition to put up a memorial wherever a hero died. It was an even bigger tradition to have the owner of the land pay for the memorial. But the biggest tradition was to talk about the traditions.

Dotting the landscape were bronze statues of superheroes who had died fighting evil robots, plaques for firefighters who had heart attacks while rescuing kittens from trees, and a laminated paper memorial posted on Mr. Frampton’s door for his missing and presumed dead dog, who bravely barked every night at 2am to keep intruders away. Next door was a tasteful sculpture of Mr. Miller, a known thief and lock picker, who died from too many free drinks when he admitted at the pub one night that his cousin now owned an old dog that loved to bark at 2am every night.

The United Nations Building even had a large golden wall with a list of names for the heroes who died defending the building from supervillains, alien armies, soulless demons, and graffiti artists. Most people carefully didn’t comment on the fact that the wall left a generous amount of room at the bottom for more names.

Locals would give directions based on the memorials that were on the route. Bars were named after heroes who had died nearby. Memorial tours were conducted by budding entrepreneurs, and a few guides even gave the tour even after they received the money upfront.

So it came as a great surprise when the elderly Mrs. Bainbridge refused to buy a memorial for her garden, despite the fact that the superhero Limitless had died there just two days earlier.

When muttering, gossip, and even a tad bit of rioting didn’t solve the problem, people became curious about why someone would refuse to follow a beloved tradition. Finally a young reporter named Mr. Radley was sent to investigate.

He knocked on her door one sunny Sunday afternoon and Mrs. Bainbridge cheerfully invited him in for tea and answers.

"Mrs. Bainbridge, thank you for agreeing to chat with me," Mr. Radley said as he settled down on the mostly empty sofa that smelled a little like brandy and a lot like mothballs.

"Please call me Bonnie," Mrs. Bainbridge said. She brought out a teapot that had a knitted pot warmer covering it and poured three cups of tea.

"Thank you, Bonnie. If you didn’t know already, people are quite upset that you’re refusing to buy a memorial for Limitless."

"They are?" Mrs. Bainbridge asked as she took cup of tea for herself and settled down in her comfy recliner. "That’s such a shame."

"It is a shame," Mr. Radley agreed. "So are you going to change your mind now and put one up?"

"Why not?" Mr. Radley asked, deciding to get to the heart of the matter.

"You could put a paper one up," Mr. Radley argued. "Or a Post-it® note. That wouldn’t cost very much."

"I’m not going to spend a single penny on a memorial," Mrs. Bainbridge said as she sipped her tea. "You’re welcome to add a little something to my garden, if you must. There’s a patch by the broken birdfeeder that’s free, but I’m not going to buy anything for a memorial."

"Please, Bonnie," Mr. Radley said. "You could spend just a few pennies on a single note. If you want I could even ‘forget’ some money when I leave here, if you only promise to put something up."

Mrs. Bainbridge pressed her lips together firmly and Mr. Radley had a flashback to his not-that-long-ago schoolboy days when a teacher caught him without his homework.

"It’s the principle of the thing," Mrs. Bainbridge said firmly.

"Is it because Limitless was drunk when he flew into your yard and tried to save your fish from drowning in your pond?"

"At least the neighborhood cats had a nice seafood breakfast."

"Or was it because he uprooted your garden when he decided that all plants were somehow related to Brussels sprouts and so all plants had to be destroyed?"

"I’ve found Brussels sprout casserole to be quite delicious. But no, that’s not why."

"Or are you refusing," Mr. Radley asked, "since he died because he was simply too drunk and too stupid to remember to keep breathing?"

"Then why won’t you put up a memorial?"

Mrs. Bainbridge nodded towards the third person in the room, who was sitting on the sofa next to Mr. Radley. He was wearing a plush pink robe over a spandex superhero costume and drinking a cup of tea. He waved at the reporter and took a sip of his drink.

"He’s been here recovering from his hangover for the past two days," Mrs. Bainbridge explained. "I’m not sure how those nasty rumors about his death have gotten around, but he’s been very pleasant company."

"Oh," Mr. Radley said. He studied the very much alive superhero and glanced at Mrs. Bainbridge, then looked down at his tea and thought for awhile. "Well, I still don’t see why you shouldn’t put up a memorial. I mean, at least for the fish." 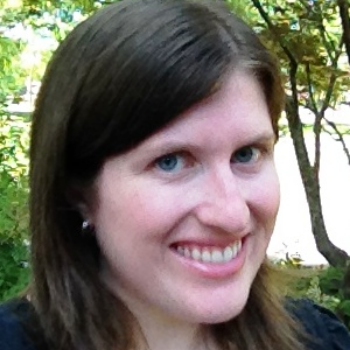