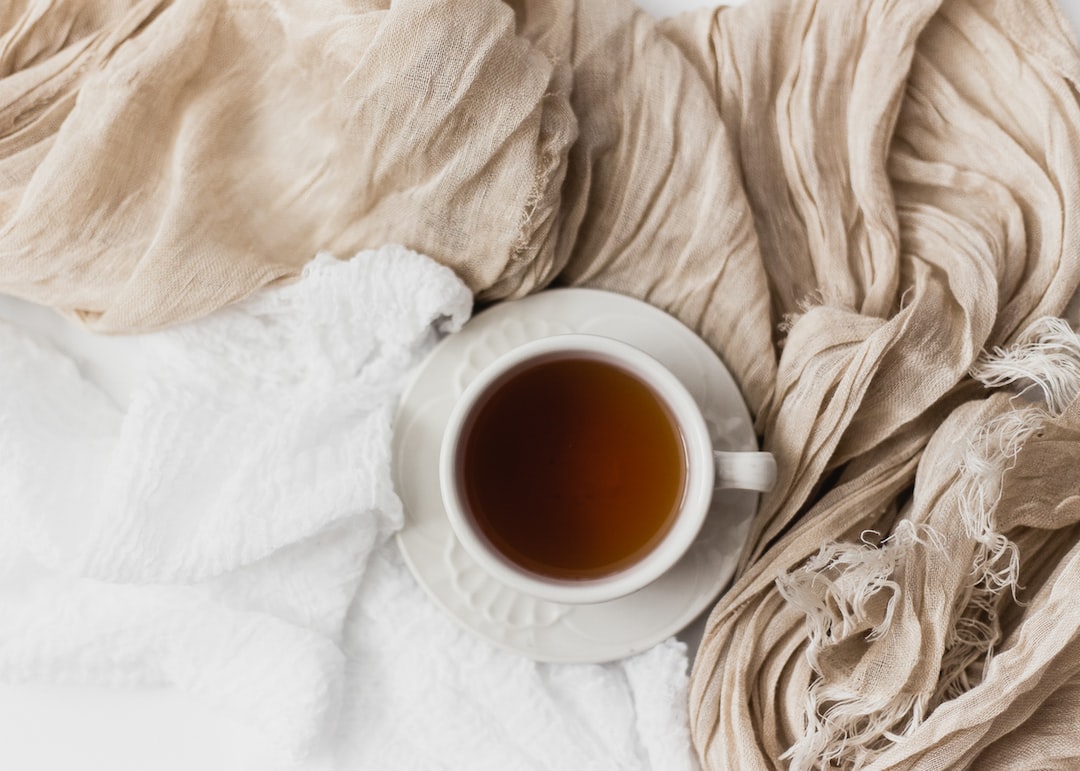 Photo by Carolyn V via Unsplash.

From the author: A professor researches what happens to all those cups of tea that go missing.

Professor Lynette van Houten reached for her tea, her eyes still fixed on a paperback copy of The Adventures of Señor Valentine. Her arm extended across the side table until it bumped a lamp. Lynette turned away from the daring escapades of her favorite fictional hero.

The tea was gone.

She grabbed her research notebook and recorded her observations: the shadow of a ring still visible on the coaster; the taste of chamomile on her tongue; the tea kettle on the stove, still warm to the touch. At the bottom of the page, she wrote, "Disappearance. 10pm. August 16. Home. Sleepytime chamomile."

"It's happening more often, Frank," she explained to her department supervisor. "I've lost three cups this week. They have to be going somewhere."

"That's because you drink water."

"Tea-drinkers tend to be intellectual types. We pay more attention to what's in our heads than what's outside them, so when something goes missing, we tend to assume we've simply misplaced it."

"So... you want the university to fund a study about... people losing their tea?"

Lynette frowned. It was like the man had never done scientific research before, had never questioned anything in his cigar-smoking, tweed-jacket-wearing life. It was as if he'd forgotten what it was like to be a scientist, instead of just playing the caricature of one in a classroom.

"Forget it." Lynette gathered up her books. "I'll do this on my own time. I'm not crazy."

"You sure implied it."

Lynette recognized the frazzle-haired undergrad from her tea study, which consisted of over a hundred student volunteers, tea aficionados willing to keep track of their tea consumption in meticulous journals. They'd dived all-in as only college students do, creating Tea Club mugs and t-shirts and even their own blend of loose leaf to commemorate the study, much to Lynette's delight and Frank Gardner's befuddlement.

"Do you have a question about the tea study, Miss...?"

"Jennie Parker. It's about the disappearance phenomenon."

Lynette kept her face expressionless. She'd downplayed the disappearance phenomenon, casually remarking that if the students were unable to find a cup that they had brewed to mark it in the appropriate column of their journal.

But within weeks, three different groups of students had approached her, making one thing clear: the disappearances were becoming more frequent.

"Yes, there have been other students who have noticed an influx in the disappearance of their tea."

Christopher McCoy was a sophomore who had gone missing a week earlier. According to his roommate, he'd just settled in for an evening of studying for winter exams in his room. No one saw him leave.

"What about him?" Lynette asked.

"Christopher had made himself a cup of green tea that evening."

When the students arrived back from Christmas break, Christopher McCoy was still missing, and Lynette's lab was filled with dozens of mugs of various teas, all laid out in lines and labeled according to steep time, tea variety, temperature, volume, and mug type. Some had cream, some had sugar, some had both. She'd called in a substitute teacher for her classes, but that didn't stop the members of the Tea Club from pounding on her door at all hours of the day.

"Professor van Houten?" Jennie called through the closed door. "Please let us in. We want to help!"

"Spinning tea cups," she muttered, and in her over-worked, sleep-deprived state, she giggled to herself, then stopped short. Professor Lynette van Houten never giggled. Perhaps it was time to accept some assistance after all.

"Green and herbal teas disappear with the same regularity as black teas," she explained to them after they'd all filed in, "though chai seems to have a slightly lower likelihood."

"What can we do to help?" Jennie asked.

"The cups only disappear when unwatched," Lynette said, ignoring the interruption, "so I've had to vary the amount of time I spend in my office, ranging from one to twenty minute intervals, though I'm beginning to suspect that time of day may also be a factor, since more disappearances seem to take place at night. Now, I was just coming to check on the room's thermostat again; I'd only started making note of that two days ago, so I'm not certain it makes a difference, but we need to look into all possibilities if we want to find out what happened with subject #1... that is, Christopher McCoy. Any questions?"

The Tea Club worked tirelessly over the next few weeks, skipping classes and meals in order to help compile the data. When the head of the physics department heard of their research, he joined in, helping Lynette and her students analyze the information, and the math department teachers offered their help as well. Frank Gardner stuck his head in the door one day and — after a bit of awkward small talk — Lynette asked if he wanted to help. Much to her surprise, he did.

Finally, four weeks after Christopher's disappearance, they had a breakthrough. Massive equations in black dry-erase marker filled the whiteboard. The number of mugs had been reduced to twelve as they eliminated variable after variable.

Lynette waited until spring break, when the students had gone home, to call in her colleagues.

"I've thought it over, and you're not going to talk me out of it." She held up the index card on which she'd copied down the equations from the whiteboards. "I have the information I need now."

"That's just numbers and figures," Frank Gardner said. His frown caused his mustache to bunch up and protrude, giving him the appearance of a preening walrus. "Even if it's true that the tea and the boy ended up in some alternate dimension, you have no idea what you'll find there. Or if you'll be able to make it back."

"Well, if I don't, please make certain to water my hydrangeas."

"Lynette," the calculus professor said, "Frank has a very good point. Let us do some more research first."

"Will your research be able to tell me precisely where the tea went, or what happened to Christopher McCoy, or what it's like wherever he is?"
"Well, no."

"Well, that's what I want to know." Lynette squared her shoulders and nodded to the table where a single mug of cinnamon tea sat, steaming hot and ready to go. "Now. I need you all to leave, so that in precisely... ninety-two seconds, I can touch the mug and, if my calculations are correct, join Christopher McCoy, wherever he is."

"You can't leave like this!" Frank scowled and looked to the others for help.

"She knows the risks," one muttered.

Lynette, irritated at their lack of enthusiasm, shooed them all from the classroom.  She watched the seconds count down on her digital watch.

Five... She stood beside the table, body angled away from the mug so that she wouldn't inadvertently glance at it.

Four... She wet her lips and let her hand graze the edge of the table.

Three... She closed her eyes.

Two... She began moving her fingers back to meet the ceramic mug.

One... Just as her fingers closed around the handle, the air conditioning kicked on, whipping the index card from her hand.

When the world stopped spinning, Lynette opened her eyes.

She didn't know which she found more troubling: the fact that she'd lost the equation, or the fact that she was standing face-to-face with a woman whose expression looked quite irate. They were in a room with shining obsidian tables, and the discordant twangs of some stringed instrument echoed through the air, seeming to come from everywhere all at once. A deep red curtain encircled the full circumference of the room.

"Who are you?" the woman demanded.

"Why, I'm Madame Chari, and I did not authorize any direct teleport into my tea house! I ought to call the authorities!"

"Your tea house?" Lynette looked around, noticing for the first time a couple at one of the tables, sipping from mix-matched mugs and paying no mind at all to the sudden appearance of a college professor at their dining establishment.

"Thank goodness, at least the tea showed up." Madame Chari leaned across Lynette and snatched up the mug of tea with which she'd been transported.

"What do you mean, the tea showed up? I made that tea!"

"No, I came with it. Are you saying that you... ordered the tea here somehow?"

Madame Chari raised an eyebrow and pointed to a device on the table beside her. "I materialized it, of course — pulled it piping hot, straight from the past. Can't run a tea shop without a materializer, now could I?"

Lynette stuttered. "I'm just looking for a student of mine. He might have — what did you say, teleport? — he might have teleported into your tea house recently. Have you seen him?"

"Nope. Sorry. We've never had anyone transport in with a cup of tea before. You're the first. What kind of tea was it?"

"Well, green tea's not real popular around here. It's not even on our regular menu, but you're welcome to order a cup or two..." Madame Chari nodded toward the materializer. "See if he transports with one of those."

Lynette turned the materializer over in her hands. "But then I'd be the cause of his disappearance, wouldn't I?"

Madame Chari shrugged a shoulder and turned to leave. "Hey, don't ask me," she said. "You're the time traveler."