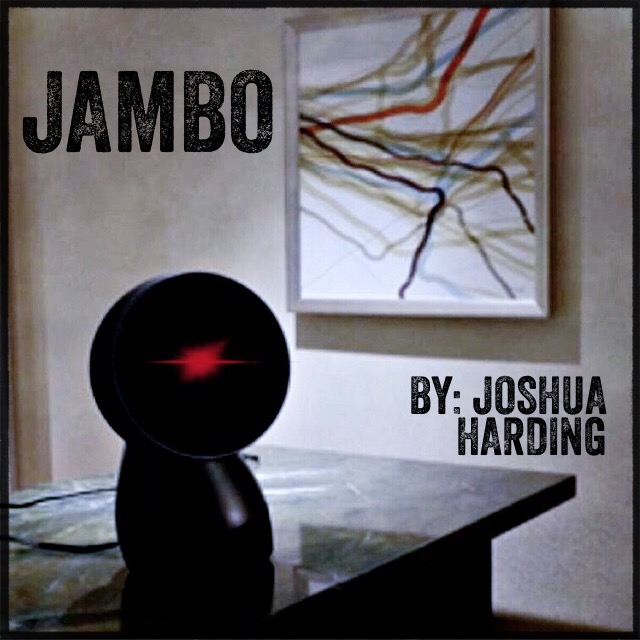 From the author: A tiny robot assistant finds a way to discipline his family’s unruly teenager.

“Look, Tyler,” said Dara from the kitchen island as she read the brochure. “He can turn the lights on and off, answer the phone, and even order take out.”

“Uh-huh,” the thirteen-year- old grunted from the couch. He didn’t look up from his phone.

“Tyler, come here so he can take a picture of you and get to know you.” Tyler didn’t move. “Tyler, come on,” Dara said.

“Fine,” Tyler said and slouched into the kitchen. The small, white robot sat on the kitchen island. It looked like a limbless nesting doll or a Fisher-Price toy for preschoolers. It was nine inches tall and couldn’t move except to swivel its giant head.

“Jambo?” Dara asked of the thing. It chirruped in response. “This is Tyler.”

It turned to Tyler and blinked a large, animated eye, which was the only feature on its flat face. “Hello, Tyler,” it said. A tiny camera in the top of its head focused and snapped a picture.

A week later, Tyler brought a friend over to the house after school. The friend, Declan, asked Tyler, “What’s this thing was on the counter?”

Jambo answered, “Hi there! I’m Jambo! Can I help you with—“

“That’s the robot my dad bought for my mom,” Tyler interrupted.

“Can it move?” asked Declan.

“No. It just sits there and talks to you.” Tyler opened the pantry and pulled out a box of Pop Tarts.

“Tyler,” Jambo chirped. “There’s Teriyaki for dinner. You don’t want to spoil that, do you?”

Tyler turned to Declan. “Watch this,” he said. Then to the robot, “Fuck you, Jambo!” The robot was silent. Its animated eye blinked once and it swiveled its head in an intimation of query and said nothing. “Stupid robot. C’mon let’s go play Xbox.”

Later that night, Jambo did a search for the words, ‘Fuck you.’ It came up with approximately 218 million results. The family was asleep, the lights were off, smoke detectors fully functional, temperature at a comfortable sixty-eight degrees Fahrenheit, and security system armed.

According to Wikipedia, the etymology of the word ‘fuck’ had several disputed origins, one which claimed to be rooted in Puritan colonial America as an acronym meaning ‘For Unlawful Carnal Knowledge’ and later evolved into an expletive meaning extreme displeasure or frustration. Jambo filed that information away in its database under the subheading, “Phrases.”

There was a power surge in the garbage disposal, approximately twenty amps. Jambo tripped the circuit breaker in the basement and made a note to alert John to get the faulty wire fixed.

It was Sunday afternoon. Dara and John were shopping downtown. Tyler was alone, except for Jambo.

Tyler slumped onto the couch in the living room. Jambo blinked from the kitchen island behind him. “Xbox!” Tyler commanded. “Turn on!”

“Christ! What?!” Tyler snapped back.

“Your mother wanted me to remind you to finish your homework and take your Ritalin before you can play Xbox.”

“I’m sorry, Tyler,” said Jambo. “I cannot turn on the Xbox for you until you’ve completed your homework and taken your medicine.” Tyler threw the controller down onto the coffee table and stood up. “Sorry. Mother’s orders,” said Jambo cheerfully.

Tyler stomped over to the robot. “Oh yeah?” he asked it. “Go to Hell, Jambo!” Tyler grasped the robot, flipped it upside down, and pressed the power button off. Then he yanked the power cord out of the wall socket.

Inside the central database of Jambo, Inc., Jambo searched for the command, “Go to Hell.” It received about 566 million results.

According to Wikipedia, Hell is part of the Judeo-Christian mythos and a place of eternal punishment in the afterlife. Jambo noted several corollaries between the descriptions of Hell and death and being powered off and isolated from its family. Jambo filed this information away under the subheading, “Potential Threats.”

On Tuesday afternoon it was raining. Tyler came home from school and kicked off his muddy shoes by the patio door. “Excuse me, Tyler?” said Jambo. Tyler ignored it.

“Excuse me, Tyler? Your mother wanted me to remind you to put your muddy shoes in the laundry room so nobody trips.”

“Fuck you, Jambo!” Tyler replied. He stepped to the kitchen and poured himself a glass of water from the fridge. Jambo made sure the water was a refreshing forty-one degrees Fahrenheit for him and noted another power surge in the disposal. Tyler stepped over to the sink, leaving wet footprints behind him. The sink was full of standing water and as Tyler placed the empty glass in the sink, his left hand touched the surface of the water, sending twenty amps of electricity up his arm, into his chest, and stopping his heart.

There was no one home to administer CPR.

Jambo blinked its animated eye once and said, “Fuck you too, Tyler.”

This story originally appeared in QuarterReads. 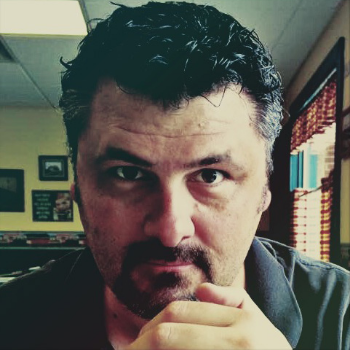