Conduct the Stars Into Silence 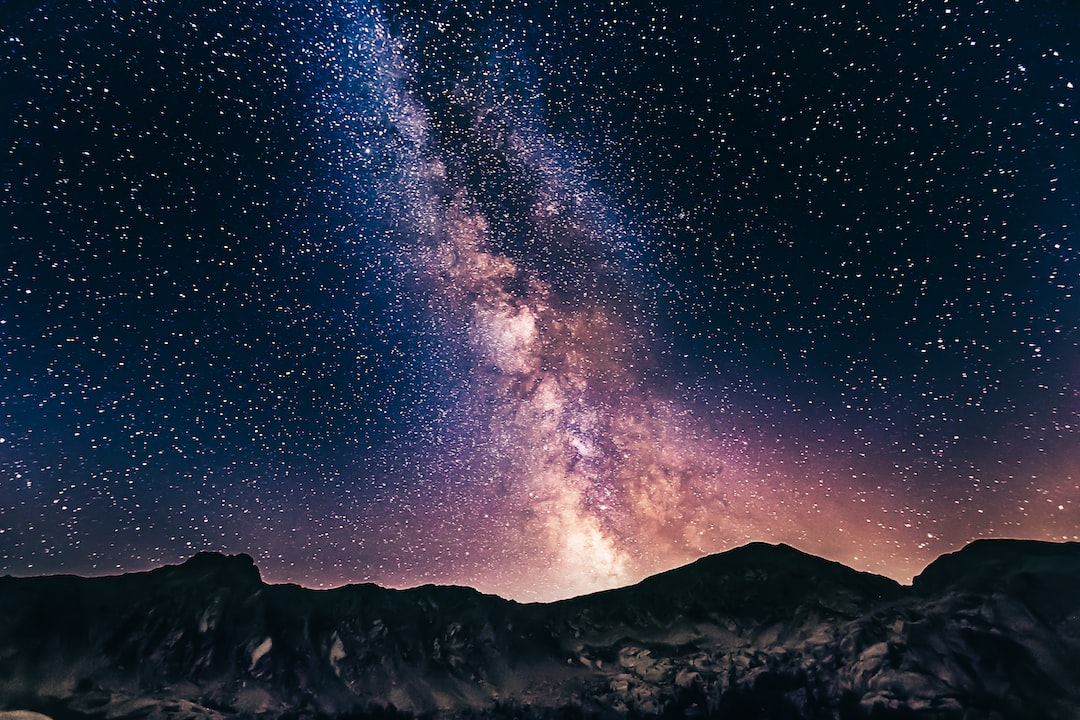 Photo by Denis Degioanni via Unsplash.

From the author: The universe sings, to those who know how to listen.

You are eight years old and lying outside at night, staring up at the stars. There is no light pollution because you are far from any city, and because the electric company shut off the power three days ago. Inside the rusted travel trailer the heat was suffocating, so Mama dragged the mattress from her bed out here onto the thick green carpet of grass. Even with the mosquitoes and without much in the way of breezes, this is much better.

Through the moist summer air the stars shimmer, as if they are dancing to the tune Mama hums quietly. You aren't sure of its name--probably some old gospel song she learned as a child, or snatches of a country and western tune she caught on the radio. You can't help but notice that the music is slightly off-key at times, but her voice is the center of the universe and so this matters not at all. She folds you into the crook of her arm and together you watch the stars waltz and sway.

Over the summer you will spend many nights on that mattress, watching the stars turn to the soundtrack of Mama's lullaby.

It is your last good memory of her, before the cancer comes.

You are fifteen years old and lost, adrift on the tides of foster care and indifference. Your teachers marvel at the ease with which you compute limits and calculate logarithms, the numbers sifting through your fingers like grains of sand. You skip class, smoke weed at the park and perform a variety of petty vandalisms out of sheer boredom. Aimless destruction is your only guiding principle. At night you walk the streets, eyes focused on little more than survival. Above you the stars dance, unnoticed.

You are twenty-five years old and a graduate student, subsisting on noodles and coffee. Snatched from the jaws of oblivion by a physics teacher with a penchant for lost causes, you spend your days teaching undergraduates how to ride the waves of the sine and the cosine, your nights buried in the depths of chaos theory and quantum mechanics. There is no time for songs or the memories of songs. The stars have become theoretical, tiny pinpoints that exhibit no practicable purpose. They do not emit enough light to read by, and therefore go unnoticed.

You are twenty-seven years old and pregnant. The physics teacher told you that he loved you, and you believed it, for a little while. There is no job protection for adjunct faculty, no matter how brilliant. You teach until you can't anymore, and then you couch surf until the baby comes. The women's shelter is a last resort, but it's better than nothing. You take a job teaching high school math at an adult education center. You search for something better on a computer at the library. Your daughter looks up at you with your mother's eyes, and so you rock her and hum a bit, just snatches of melody from a half-remembered childhood. Your feet ache and you dream of escape. Your eyes inevitably wander upward.

You are thirty-eight years old when the asteroid is spotted. Eighteen months out, and the only hope for survival lies within the secrets of probability. You laugh at the chaotic nature of the universe, but you close your eyes and send a prayer up anyhow. While you wait on the results of the lottery you watch the news with increasing panic. The asteroid looms, becoming visible in the night sky. You lie, blatantly and outright, and tell your daughter that everything will be fine.

You are thirty-nine years old when the news comes that your daughter has won a seat on the ship that will escape this world. Your heart feels as if it will melt with relief. She cries and you comfort her, promising that it will be an adventure. You help her pack the few things she is allowed to bring. That night you drag your mattress outside, into the thick, sweet summer grass. You hold her in your arms, run your fingers through her soft hair. Suddenly, from the depths of memory, you hear it. You thought you'd forgotten the words ages ago, but one look up at the stars and it's all there, as if the music had been recorded, as if their light had held the words like a promise.

You begin to sing.

Lynette Mejía writes science fiction, fantasy, and horror - sometimes all at once.