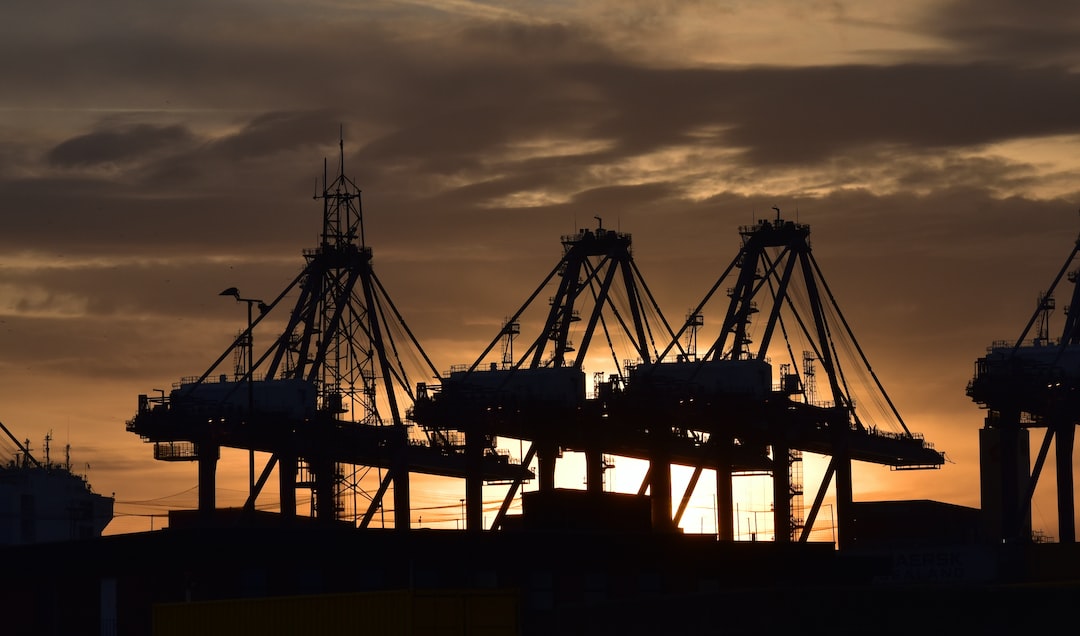 Photo by Matthew Cassidy via Unsplash.

From the author: The Forgetting Navigations is a novella about two bookish women chasing a killer across space. This is chapter 3.

When we first see him, he’s walking from his bay, hands tucked into pockets against the cold. His ship looms high behind him, bots clank-thumping onto the hitch to remove the join. My heart starts a glitchy thud at the sight of the familiar shape of him, but when he steps out of the shadow and I see his face clearly, he looks like anyone, really. Just some guy, fresh off a long haul and breathing fresh air for the first time in weeks.

‘That’s him.’ Shirr says, not asking. Telling me.

‘I’m not sure,’ I say, but it comes out like a static crackle. My mouth is as dry as a plain baked underneath a tri-star sky. ‘I remember his eyes. The look in them. But I can’t see them from here. I’d need to get closer.’

We followfrom the bay and the loading docks, through the port and the few fancy shops for the folks coming in on the passenger ships. It’s getting late, the last light overshadowed by the mountain, the air misting a little. Immigration is a few steps further along, but I’m too afraid to be nervous about it. There’s no room left in my body or my head for anything else. I stumble after Shirr, reaching out for her arm to steady myself.

This is why she’s in charge. Because even though I can’t tell for sure it’s him, it might as well be in my mind, my body. Everything inside me screams run, wants to hide. What kind of hopeless sleuth am I? I’m sure Sherlock Holmes never had to clutch at Watson, terrified he was going to piss himself. Then again, maybe he would have.

He walks inside a bar, nothing fancy, a place where coveralls are accepted outerwear as long as they’re clean.

‘He won’t. And if he does, then we wrap this whole thing up nice and quick, get home in time for dinner.’ She gives me a weak smile, but the look on my face must be so horrified that she drops it. ‘Evey, come on. Aren’t we supposed to be following him?’

I blink against the soft orange of the lights inside the bar. I’d never dream of trying to come inside one of these places in the past, but now, even unchipped, I look like I belong. With Shirr at my side, I could be anyone, any of these people. We’re a mother-and-daughter hauling team, maybe, though our skin is tonally six shades off and my hair far coarser, I could throw to my father or something. We both have a similar long-legged, lean frame, though Shirr is taller, which just completes the illusion.

‘There,’ Shirr says, her mouth not moving. She must feel my lack of equilibrium and steers me to a table, tilts her head as she sits. He is to our left, directly facing us, though far enough away that we blend in with everyone else inside. All I can do is look at Shirr through panic eyes.

‘You’re okay,’ she says. The murder mysteries didn’t mention this, the paralysing fear in the face of the suspect, the way my insides have turned to hot water inside me, sloshing around in the space there, threatening to pour out. Maybe those detectives are made of harder stuff. Maybe those detectives hadn’t had a knife against their neck in space, with a vast expanse between me and help.

Or maybe it’s that those detectives aren’t real.

He lifts a pint glass to his lips and I shudder at the glimmer of his teeth and then a bartender steps in front of us and Shirr orders something for me. It’s like all the lights in the room have dimmed except a spot on him and my vision tunnels, the rest of the world going warg-warg-warg, black at the edges.

‘Stop staring,’ Shirr says and I try. It’s funny, that I can’t stop looking at him. I thought I wouldn’t be able to even lay eyes on him but now I can’t stop.

‘He’s going to get suspicious,’ she says, and so I look away but every time he moves I catch it in the edge of my eye and I jump a little bit, like he’s going to storm over and grab me by the collar, hissing I thought you were dead.

He doesn’t. He just drinks a few pints and then he leaves.

Shirr settles the bill with a wave of her wrist, then we leave. I walk after her like I’m dreaming, everything unreal, the world fuzzy and far away.

He leads us along the roads past the docks, the lonely ones. All far-out nooks and crannies are where hitchers like me hide. He is hunting. Is he hunting?

Shirr walks confidently like she belongs and I skitter at her side, trying to keep up, trying to match her long-leg pace and failing. Then: we lose him.

One second, he’s there, the next he’s not. Shirr takes us left, right, past a hauler that’s lit up like daytime, crawling with bots, great cranes swinging overhead.

But I see him. I see him coming and I don’t move, I don’t say a word, everything in me turns to ice, as still as stone. It is only two seconds after I see him and before he grabs her, but the two seconds feel like ten seconds, feel like ten minutes, feel like I’m living a whole life as he pulls out of the darkness behind a ferry tire and sticks the knife to Shirr’s throat.

All the air pushes out of my lungs and I make a hollow noise. Shirr doesn’t make a sound, but her eyes say so much more than she could ever make into words.

‘Why are you following me?’ he says. He’s got Shirr gripped by a bent-back arm, neck pushed tight against the filthy knife. ‘Do I know you?’

‘You left her for dead, don’t you remember?’ Shirr spits and the knife digs in harder, a small bead of blood collecting where the tip meets her skin, then spilling down, lost in the folds of her coat.

‘Be more specific,’ he says. I can’t speak, my mouth just gapes open and closed, language faltering, basic motor function all frozen. I’m statueing, and I’m going to get Shirr killed, get us both killed if I can’t move or breathe or do something, now!

When he drags Shirr off, I still can’t move for a moment, can’t breathe, can’t do anything, and I see the fear in her eyes, but understanding too. When I finally break inside, something human ripping off me, and I stumble after them, I’m too late. He’s strong-arming her onto his hauler. She looks back, face like a flat mask of fear, and she meets my eyes.