A Robe for Cricket 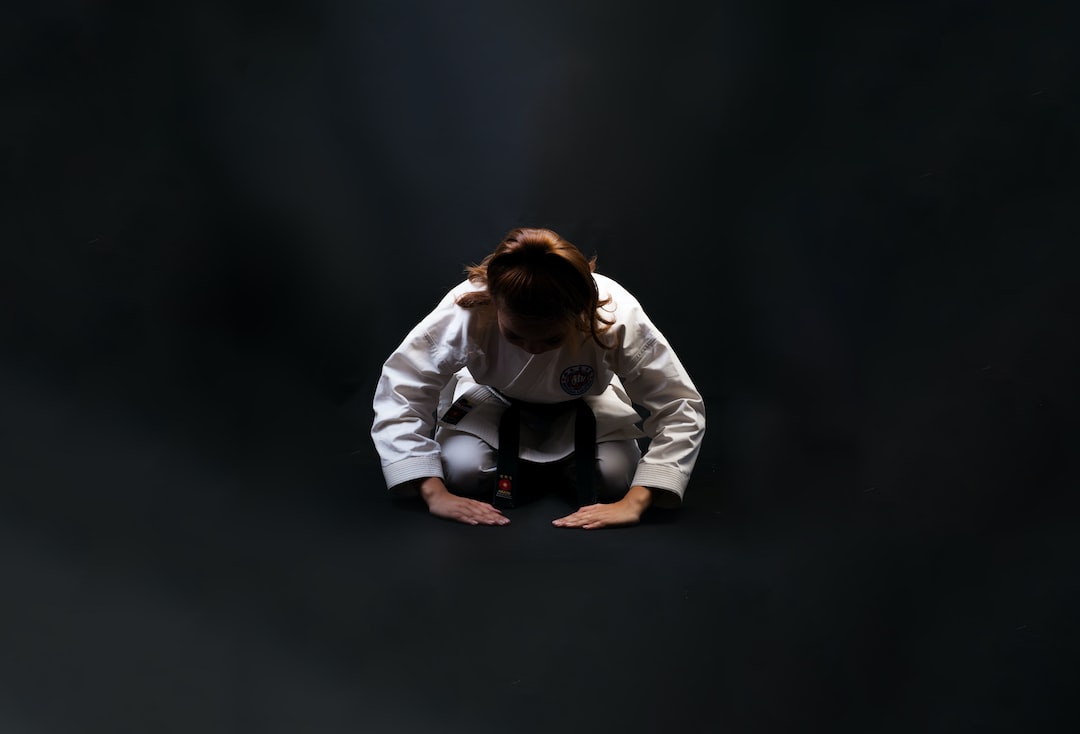 From the author: The smallest man in the world wants to learn how to fight.

Tommy pushed aside the thick curtain, and stepped through the doors of the dojo. He took in the space, agape. The interior was immense even were Tommy himself not so small.  From the valley, thirty kilometers away, the structure looked so tiny, like it was meant just for him, but now that he was here, it was palatial.

He turned his attention to those training within. Men and women in sky-blue tunics, leaping, spinning, bobbing, and lashing out with fist and foot, some against one another and some against dummies, some with trainers or other students watching and some alone. In the distance, almost too far for Tommy to spot, there were the trainees in the solid white robes, who leaped higher, spun faster, and whose landings were the source of the regular, almost musical thunderclaps which resounded within the cavernous dojo.

He became aware, gradually of a presence to his right. He looked that way to see the sole of a simply-crafted sandal, and the toes which sat upon it, looking up, he saw the dazzling white robe beneath a beard of even more brilliant white, which sat upon a wrinkled leather face adorned with a wide, blue blindfold.

Once Tommy noticed him, the man lowered himself, agily to a seated position the floor. In the same motion, he brought around a stool, and set it beside Tommy. Startled, Tommy called out to the man, “Hello!”

“I have come half-way to you,” the man said. “Before we speak, I would hope you could do me the same courtesy.”

Tommy regarded the stool silently, a simple wooden platform on three legs. It was well-worn, and the narrow legs were smooth and dark. Tommy almost complained, but thought better of it, and closed his mouth. He knew that there would be trials ahead, this was but a small obstacle, really.

Tommy took his pack from his shoulders, and reached within for his well-worn string and pitons. Scaling the stool was a matter of only a couple minutes. When he reached the top, he was on level with the old man’s blindfold. He saw from here that it was not only the color of the sky, it was the sky. Clouds moved slowly within it, and the brightness of the day shone through, as if the man’s face held a narrow window, looking out upon the lovely day outside.

“You come here wishing to train.” The old man said.

“You can see me?” Tommy asked, having to shout over the noise.

Tommy was not sure how to answer that, or even if he should, so he moved along. “I have heard that this is a place where one can learn to defend oneself.”

“What must I do to become a student?”

“You must don the robes and attend the lessons.”

“You have a robe which fits me?”

The old man smiled then for the first time. “We can have some made,” he said. “I’m sure our clothier will find it an interesting challenge.”

“Thank you,” Tommy said. He hadn’t been sure what to expect, but this was not It.

The man gave the barest nod. “I will have a meal and a pallet prepared for you in a corner, where you will not be inadvertently trod upon.” He rose then, and began to turn away. Before taking a step, however, he turned back and lowered himself once more to speak with Tommy. “Please put the stool away when you are finished with it.” He said, gesturing to the small niche in the wall from which it had been taken.

Wide-eyed, Tommy watched the man depart, then he grinned, and set to the task which would take him most of the remainder of the day.