From the author: For some reason this story feels like an artifact of the 1990s. Scott Edelman published it in Science Fiction Age with a beautiful and hilarious illustration by Charles Demorat. I'll see if I can get permission to post it.

The operations bridge of the station. Jerry’s in a red Starfleet uniform, talking on his communicator badge. There’s a sandwich sitting on the main control panel.

Jerry: You know, I’ve never been to a comedy club in the Gamma Quadrant. But what’s the deal with those shapeshifters? I mean, how do they decide what shape to wear when they get up in morning? And how do they recognize each other?

Jerry: Just a second. Who is it?

George materializes. He’s wearing a gold Starfleet uniform. Walks over to replicator, takes out a drink.

Jerry: Guess what! I’m going to the Gamma Quadrant!

Jerry: It’s a benefit for the Jem’Hadar.

George: Are they the ones with the loops on the backs of their heads? What are those all about?

Jerry (as if it’s obvious): So the Dominion can control them! And when they get out of hand, just grab the loop!

Jerry: Great idea? Of course it’s a great idea! We should start breeding children with loops! Program them with a gene sequences that the loop drops off when they reach adulthood! Discipline problems with offspring, out the airlock overnight!

George: I’ve always wanted to go to the Gamma Quadrant.

Jerry: Why not come along?

George: Maybe I will.

Jerry: Beam on up!

When Jerry turns, George is looking at a computer screen, tugging his lips, making a face.

George: I’m thinking of having my teeth sharpened.

Jerry: Your teeth sharpened? How come?

George: I think it would be great for biting and clawing in hand to hand combat.

Jerry: Yeah, I can see where a many-times-decorated war hero like you would have a real need to gouge.

Jerry: Guess what! I’m going to the Gamma Quadrant!

George walks over to the main console, takes a bite of Jerry’s sandwich, looks at sandwich, puts it down.

Jerry: All right. Tell. What happened?

Elaine: I was going out with this warp-core engineer...

Elaine: Yeah, the Vulcan. Anyway we’re breaking up. He says I’m not logical enough for him.

Jerry: The nerve of that Vulcan!

Elaine: Tell me about it!

Jerry: Why, you’re the most logical human I know!

Elaine: That’s what I told him!

Jerry: What did he say?

Elaine: This is so embarrassing...

Jerry: Come on, out with it!

Elaine: You know how they go through that...thing?

Jerry: I believe Laney is referring to the infamous Vulcan once-every-seven-years thing.

George: Oh-HO! The seven-year thing! And he’s picking now to break up with you?

Elaine: Yeah, and get this. He says I’m not what he’s looking for, and he doesn’t want to use his spawn cycle on me!

Jerry: He thinks you’re not spawnworthy?

George: Ho, boy! The nerve of those Vulcans!

Elaine (makes face, mocks him): Yeah, gotta love the Vulcans—the Vulcans are soooo logical! I’ll tell you right now, I for one am sick of the Vulcans being so logical!—You know, I don’t think he’s spawning at all. I think he’s looking for an excuse to break up with me.

Jerry. How do you know?

Elaine. I know, all right. He says he’s due to spawn on Thursday. I’d just love to catch him.

Jerry: Now let me get this straight. You want to go all the way to Vulcan just to catch him not spawning with anyone?

Kramer materializes unannounced—stumbles off a transporter pad. He’s wearing a yellow Bajoran uniform and a chain on his ear. He notices George, who has gone back to looking at his reflection.

Kramer: What’s up with George?

Jerry: He’s thinking of having his teeth sharpened.

Kramer (to George): You should! You’d look just like a Klingon!

Kramer goes over to replicator. Fruit materializes—Kramer starts to eat it. Meanwhile, Elaine goes to the console, takes a bite of Jerry’s sandwich, looks at it, and puts it down.

Kramer: Hey, Jerry, can I borrow your shuttlecraft?

Jerry: You? Seek? You never seek!

Kramer: Hey, I seek! I seek all the time!

Jerry: I’d like to see you seek! I’ve never seen you seek.

Jerry: You’ve sought. Sure you have. Anyway, you can’t take it. The containment field’s out of balance.

Kramer: Well, let me have it and I’ll get it fixed for you. I know this Ferengi who’ll fix it right up—even install a cloaking device! A cloaking device, Jerry!

Elaine: A cloaking device? Get out of here!

Kramer. They do now! All they need is somebody to bring it through the wormhole and get it for them! They’ll fix your shuttlecraft for free!

Jerry: No, absolutely not, no way! Nobody’s bringing forbidden technology through my wormhole!

George: Think about that, Jerry ... you could run about cloaked!

Jerry: Oh, all right—but I’ll need it back by Stardate 16-19-point five. I’ll need it for my show in the Gamma Quadrant.

Elaine: Hey, wait a minute—I could use a cloaking device!

Elaine: Jerry, when he brings that cloaking device back, you’ve got to let me borrow it. Please? Oh, please, Jerry? Please?

On screen we see Newman, with implants and cables and lenses all over his face. He’s been turned into a Borg.

Newman: And it’s brought me a peace unlike any I’ve ever known before in my organic life, Jerry.

Jerry: What do you want, Newman?

Newman (cackling): Surrender your station or face certain destruction! Resistance is futile, Jerry! Futile! Ha ha ha! Your weapons are useless against us!

Jerry (folds his arm): Oh yeah? And what weapons would those be?

Newman: We have phasers, Jerry.

Jerry: We’ve got phasers too.

Newman: We also have photon torpedoes.

Jerry: And of course I’m sure you’ve got the Genesis Device.

Newman (pauses ... his lip starts to quiver): The Genesis Device? Surely—surely you jest?

Jerry: Do I? You think the Federation would leave us all the way out here on the edge of the final frontier without giving us a Genesis Device to protect us? I think not!

Newman: Perhaps I was hasty....

Jerry: Get out of here, Newman!

Newman vanishes from screen. George and Elaine look at each other.

Elaine: Just out of curiosity ... do we have a Genesis Device?

Elaine. Is there such a thing as a Genesis Device?

Jerry: Not to my knowledge.

George. Hey, I thought we were having lunch.

Cut to: Establishing shot of Quark’s as seen from promenade. Bass riff. Jerry, George, and Elaine at table inside.

Elaine. Anyway—Jerry, you’ve got to let me borrow your cloaking device!

Jerry: Elaine, how can I give you the cloaking device and make it to the Jem’Hadar benefit concert at the same time?

Elaine: So take the Defiant! I’ll take the shuttlecraft to Vulcan.

Elaine: Well, it looks like you’ll have to take your chances, won’t you? Unless you can think of a way to be in two places at once.

Jerry: Not the mirror universe!

Jerry: No way am I going back to the mirror universe. Last time I was there my identical counterpart was having a better time than I was. I can’t put up with that!

Elaine. Well, if your counterpart is having more fun than you are, then he’s not your identical counterpart, is he?

George: I’d love to see what my counterpart is up to.

Jerry: You would, would you?

George. Because I know my counterpart is having a better time than me. He’s a smarter, wealthier, happier me—with a full head of hair!

Jerry: And this makes you happy.

George: Yes! If I can’t be happy, then the least I can do is watch me having a good time!

Elaine. Oh, please, Jerry! Please, please! I love my evil counterpart! I learned sooooo much from her!

Elaine. Of course ... my evil counterpart is kind of sexy.

George. She is, I’ve seen her. She’s pretty hot, Jerry.

Elaine. And I think she likes you, Jerry.

Elaine. She said it’s too bad you inhabit a different universe and that you’re sworn enemies in her world. Otherwise she’d date you in a minute.

Jerry: She would, huh?

Jerry: All right!—Where’s Kramer? He was supposed to meet us here.

Elaine: I just hope he didn’t take a short-cut through the Neutral Zone.

George: Hey, not even Kramer would do a thing like that.

Ferengi: Kramer, tell Jerry he’s gonna love this cloaking device. And remember, you can use it any time you want.

Kramer: Look at the time! I’m late for my rendezvous with Jerry! 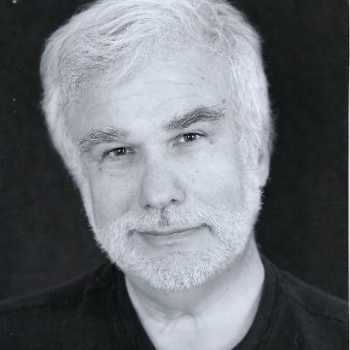 Stories about human and other imaginary beings.