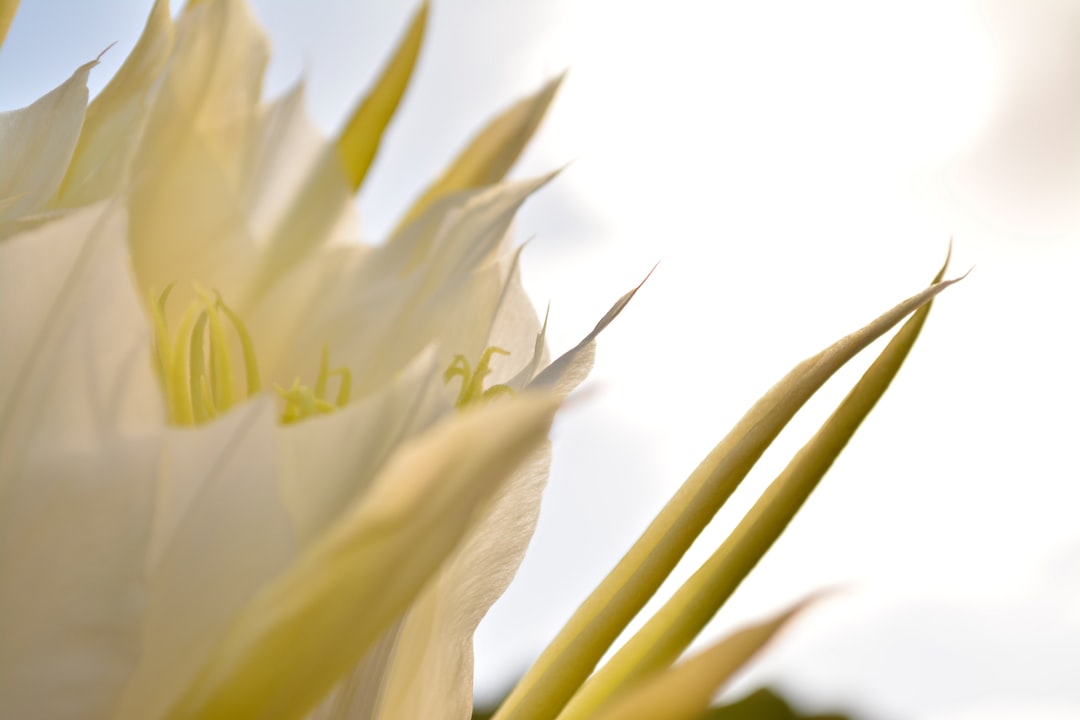 Photo by Ermelinda Martín via Unsplash.

From the author: Imagining her feet rooting down into the linoleum, Emerson stood upright, barely, in line at the grocery pharmacy. Since she’d forgotten her cane, her failsafe, she had to focus. The vertigo, which had plagued her since she was sixteen, intensified as an announcement requested a cleanup in the bakery. Maybe after filling this prescription, as her mother had, she would have an ordinary life, the kind that allows one to luxuriate in personal ailments alone.

Imagining her feet rooting down into the linoleum, Emerson stood upright, barely, in line at the grocery pharmacy. Since she’d forgotten her cane, her failsafe, she had to focus. The vertigo, which had plagued her since she was sixteen, intensified as an announcement requested a cleanup in the bakery.

Maybe after filling this prescription, as her mother had, she would have an ordinary life, the kind that allows one to luxuriate in personal ailments alone. She looked forward to simple neurosis, a few obsessive habits, willful laziness or narcissistic tendencies that would keep her company and offer consistency. Whatever form, they’d be hers alone. Until then, the problem was everyone else.

Within a ten-foot radius, she was exposed to the anger of an elderly woman in front of her, the deep depression of a balding pharmacist, the repressed rage of whoever was making announcements, and the wild energy of impatient twin redheads who stood beside a large and happy man who was waiting for a robust blood pressure medication.

Emerson reached forward, settling her hand on a sloped shoulder. The woman was around seventy, and her posture resembled Emerson’s cane so acutely that she could have been the personification of its twisted cherry wood and engraved knob. That is, until Emerson felt the shoulder go rigid and hot.

She apologized but couldn’t move her hand. The woman’s face softened as she examined Emerson through hooded eyes. “I don’t blame you for dozing off. We’ll be here all goddamn day,” she said.

A dense orange light around the woman told Emerson a patchwork story: A bus stop with a dirty bench, where the woman’s beige trench coat picked up a large smudge. Each step of a painfully slow walk to the Customer Service desk, where four lottery tickets and trail mix were purchased every Saturday before another painful walk here, to the pharmacy line. Other days, other errands. There were doctors’ offices, post offices, bus stops, long rides, and a well-worn chair on a concrete-slab of a front porch in a low-rent retirement community.

Taking a deep breath, Emerson gestured toward a man leaving the line. “I think it’ll pick up now,” she said, delicately removing her hand.

“Yeah right.” The woman didn’t introduce herself, but Emerson saw her name, Beatrice, on her prescription. Beatrice’s energy was fierce and fleeting, and Emerson breathed it in to steady herself and quiet the other messages that were bombarding her.

Emerson’s doctor had prescribed an anti-anxiety medication, one of myriad suggested medications, after her last incident, a supposed panic attack that landed her in the hospital after a trip to Starbucks. Though she was hesitant to fill the prescription, the heart palpitations and dizziness were too much. Something had to change.

When Emerson was eight, it felt like a gift. To read others’ energy more acutely told her who to play with and who to avoid. It was fun to share in the sheer delight of her dog before he was fed, or the younger children whose awe preceded them; those whose presence was so soft that it even felt nourishing when they were emotional.

When Emerson’s mother and grandmother sat around the kitchen table wearing robes with towels wrapped tightly around their heads and green clay masks on their faces, Emerson would ride high on the airiness of their good humor for hours. She used to play with her grandmother’s cane, dancing around it, not realizing how necessary it was.

Then the day came that her father walked into the living room and dropped his bag. She could see his life fading, a deep stillness that surrounded him. Her sister didn’t see it; her friend, Jenny, told her she was an oddball when she tried to explain that something was wrong with her father. He was his jovial self, after all, making jokes and laughing loudly. But Emerson could see that he was ailing like the old pine in their backyard.

As she got older, the sensations became more acute. The colors were brighter and emotions louder. In some ways it worked out. She could read people. Reaching her early twenties, Emerson got every job she applied for. She sailed through marketing classes at an online college and quickly started making six figures at a consulting firm where she wanted to connect with coworkers, but it was too much.

The office was filled with a weighty collective apathy intermixed with guilt and competitiveness. So, she petitioned to offer her services online and would read sample audiences’ responses over video with such insight that she had to lie here and there to stay on promotion track.

She tried online dating a few times. She requested a man named Jay meet her in a small café, but realized the high-strung barista was too distracting. Although Jay seemed nice enough, she couldn’t keep eye contact or pay attention to what he was saying and felt his self-consciousness turn to defensiveness. The next few dates, which took place at parks or libraries, were either needy or overconfident, ending with unraveling stories of repression or delusion. She saved money, had her food and clothes delivered, and only went to this grocery if it was before sunrise. That is, until today. The pharmacy opened at 7 a.m.

“We’re all on a journey. Stay the course,” Emerson’s grandmother once told her before unlatching a necklace she wore every day; it was a small silver bird floating on a thin chain. She laced the cool silver around Emerson’s neck and kissed her forehead. “When we figure everything out, we begin to harmonize, then we go home.”

“We are home,” Emerson argued, tracing her thumb over the bird and reaching out to touch her grandmother’s long gray curls. It was winter, and Emerson wore a Sleeping Beauty nightgown that felt like a cloud.

Her grandmother’s embrace was a profusion of color and grace.

A honey-baked ham special was announced, and customers funneled toward the deli. Emerson took a few steps forward and felt the whirlwind again. A thin man stood behind her, his hand tapping his thigh. She turned to see that one of his headphones was hanging by his side, and he grinned, looking down at her feet. Nick. His name was all she got, and that came from the embroidery on his shirt pocket.

“Come on, hon,” Beatrice said, taking a few steps forward and reaching for her hand. “Are you steady now?”

Emerson smiled and followed along, getting a small surge of compassion, but she was bothered by the lack of energy around Nick. There was nothing, no light or lack thereof.

Beatrice leaned against the counter, sliding her credit card over to a pharmacist who offered a half smile and answered a lot of questions. Most of the answers began with “Like I told you last time,” but Beatrice was impenetrable. Her straight gray hair was thin and tucked neatly behind her ears. Her bus wouldn’t arrive for another ten minutes, so she had words to burn. The pharmacist stared blankly.

Nick began to cough through closed lips, choking back his illness. “Pardon me,” he said, and the hacking commenced. His face reddened slightly.

Emerson narrowed her eyes, searching, and then she saw it. “Want to go ahead?” she asked, stepping aside.

The young man coughed through his answer, waved off her proposition and placed a hand on her back, gently. She didn’t feel anything from this man. She noticed his tall posture and loose arms, the way he moved easily even though he was obviously ill.

Emerson tried to picture this man’s day job at a factory and nights studying at community college, his desire to enter a corporate world that he’d hate if he ever encountered it, and his large and loving family who would be by his side over this next year, but this was all made up, a story in her mind. There was no clue, no energy to absorb. He was contained.

Beatrice waved goodbye, her step just a beat lighter. Emerson’s prescription was ten dollars, and it came with warnings of drowsiness and dizziness, which she laughed at. She shook the bottle as she walked out of the pharmacy. Ice cream was BOGO half off, a new voice announced, as Emerson approached the exit. She glanced back, locking eyes with Nick, who was standing at the pharmacy counter, neck craned to watch her go. No expression. He was trying to figure her out, too.

Emerson felt a new wave of emotions as she joined those walking to and from their cars, gathering carts, and occupying the gas station nearby. She steadied herself on a shopping cart before making her way to her car. The locks released, and she settled into the leather seat. Leaning back, she breathed in the solitude, and felt her body reset as though being restarted.

The pills were small and menacing. She turned one over, rolling it between her index finger and thumb. Just as she was about to place it in her mouth, a knock arrived at the door, and the young man, Nick, waved.

She rolled down the window and waited.

“You dropped this,” he said as his thin fingers separated, allowing the silver chain to fall into her hand. The pains and worries, avoidance and impatience she’d ingested over the last twenty minutes funneled out of her body, as she clasped the necklace and felt her throat release.

Nick smiled, but she couldn’t see his intention, couldn’t feel his illness. It was as though he didn’t truly exist. She watched him walk evenly toward his car, dropped the pill in the bottle and lifted her hand to her heart as he waved. It beat powerfully, rhythmically, as the world raged on.