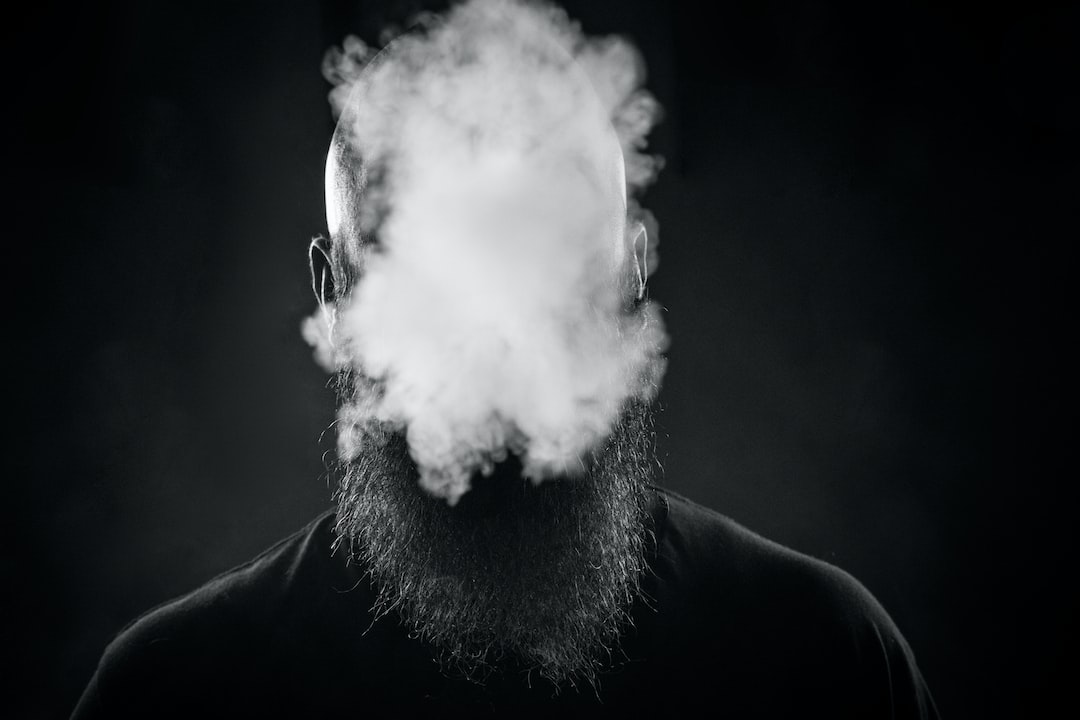 From the author: A young data-analyst sees their colleagues' productivity improved by a new gadget, and starts to experience some enhancement as well. But does their new work-ethic come at too high a cost?

Time and tide will not wait. That's what the advert had said. You recall, with great clarity, the first time you saw it. You were bingeing a show on your phone on the Metro when a ten-second promo flashed up between scenes.

There was a beach -- not a tropical one, with golden sands and tanned bodies, but a pebbled one, sodden, with old sailors and boats -- and as the fog rolled away from the small coastal harbour, pareidolia conjured in its billowing haze. Was that shape a big catch of Atlantic herring? Or a cluster of bodies, stitched up in sails?

The fishermen boarded their old boats regardless, and that's when the slogan had flickered onscreen, and held for a second, before the episode was finally allowed to resume.

You missed your regular stop, as you were so disconcerted, and got off instead at the following station. In the queue for a taxi, you were stood by a man in a blue pinstripe blazer; when he delved in his pocket, you thought he was fetching his phone or a cig.

You'd had more than enough fumes on the underground platform, and felt relieved when your cab came before he could spark.

Just before it drove off, you saw the man blow out smoke rings that morphed into spectacles, and then eyes formed behind them, and there was a smile underneath.

The nanOcarina was launched the next day.

It was the work of a start-up, run by three people. They had identified a significant gap in the market, a limitless resource that no-one else was exploiting -- they would harness the energy stored in regret.

At first, the devices were slender and plain, like a simple kazoo, but quickly diverged into various styles. Despite their general appearance, however, they were intended for neither inhaling nor music. Not quite.

When a user breathed into them, and keyed a prearranged pin, nanobots in the refillable fluid became active, and emerged from the end as a species of smoke. Depending upon exactly which sequence was entered, this would then be remodelled as a particular face; a portrait of a departed friend or relation, immaculately rendered in total 3D.

You lost track of how often, in the initial few weeks, you saw fellow pedestrians pause and reach out, only for their fingers to slip through the nano-fog, which parted and slumped till their hands were withdrawn.

They paused less after that.

They became a lot more productive.

Productivity, output, requires energy, input. Even you, a non-user, a non-player, knew that. You watched co-workers sneak from the office at break-time, to invoke other faces; to remind themselves, haunt themselves, before knuckling down even more after lunch.

You have noticed them elsewhere, like the next toilet cubicle, when renegade fronds have curled round the partition. You have studied the warnings on the cubicle doors, about sexual health, bowel cancer, RSI, and depression. And in the process you've verified what early trials have been saying: nanOcarinas have a passive effect.

It is a month since release now, and you no longer dawdle the way that you used to. You no longer fiddle with staples and paperclips, making bored little stick-figures in need of salvation. You no longer play Solitaire, or scribble on post-its, or wonder about the space on your line manager's ring-finger and whether or not they get lonely at night.

As the darkness rolls back from your small bedsit window, you see people commuting to day-jobs en masse. They no longer take the Metro, because any form of smoking is forbidden therein; and though you haven't yet bought yourself one of those instruments, you still feel an urge to take part, to keep pace. So, you go down and walk with them.

You hymn and you bliss, as your feet strike the pavement; as you stroll past these relics, these icons, these saints. You hear snippets and snatches of graveside confessions, of gossip exported from this world to the next; the most solemn of promises to do better daily, to make those cloudy eyes shine once again with real pride.

You get a sense of the burden of ancestral peer-pressure, of past generations imploring them, begging them, to lay better groundwork for the generations to come.

There are lots of new shops on the High Street already, after only a month, which offer to link you with loved ones you're missing, retrieved and encoded in nanobot goo. Whenever you happen to pass such a vendor, you're almost diverted from your office-bound walk; nearly seduced by that Art Deco number, in two-tone racing green and white, which features in most of the window displays. But it would feel like tempting fate, so you always refrain; you haven't yet lost anyone who meant all that much.

You may never do so.

One of the weirder effects of this mindset, this enhanced productivity, is that it seems to be harder to form that kind of bond. You feel much more a part of a team with your co-workers, but you talk to them less. Less openly, anyway. If not for the lanyards, you might forget names.

There are still a few bugs. A few little glitches.

On the way home from work, you might pass someone struggling to conjure a face; the nanites instead just reflecting their own. Or perhaps -- and they don't like you reporting these -- you’ll see a random pedestrian stop in their tracks, utterly shocked to have run out of fuel. Galled, rigor-mortified, just as they used to be; afraid to accept that their life underwhelms.

You remember the advert. You recall, with great clarity, the first time you saw it; the frustration you felt when it burst on your screen. The helplessness. You remember being caught out on other long journeys, when -- even worse -- your phone lost all charge. You recall a sharp pain that began in your temples, rippled out through your forehead, and all the way back to base of your skull -- like somebody tapping away with a hammer, tap-tap, tap-tap, getting ready to smash.

Is that how he feels? you wonder, as another consumer jerks to a halt.

And then you recognise, you think, the style of his blazer -- pinstripe and blue -- and yes, sure enough, it's the man from that taxi queue outside the station. He must have been a beta-tester, you realise now. And has only belatedly encountered this fault.

He is looking straight at you, with real, cloudless eyes; no grey-tinted lenses to get in the way. It makes you hesitate, too. You blink. Blink again. And try to rush past him.

But as you draw level, you find yourself caught.

You find yourself thinking about a schoolmate, still living, with whom you’d used to skip classes and make a break for the streets. Someone you realise that you'd probably loved, in a way you didn't comprehend back then, and still don't, and never got to ask them if they felt the same. Someone that you haven't seen in the flesh for too long, for so long that you cannot quite picture their face; just a scent, and a silhouette; an expression or tic that when you spot it in others makes a part of you ache.

You think about finding them.

You wonder how come they haven't tried to find you.

But now some more nano-fog passes your nostrils, and, for a moment, you breathe the ghost in.

All that's changed is that you need to make amends for your lateness.

Because you know, with great certainty, that time and tide will not wait.