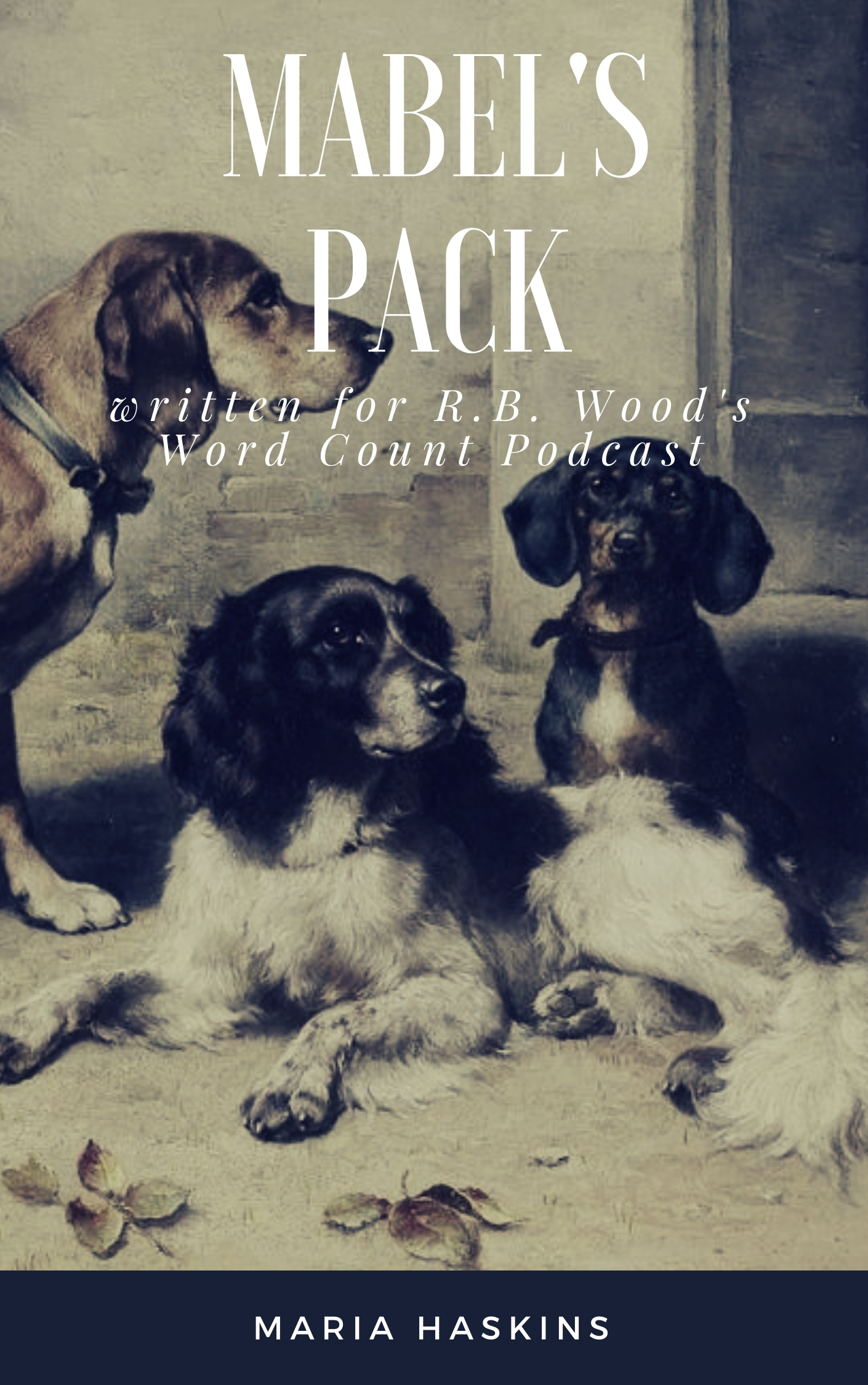 From the author: Mabel used to be a preschool teacher. Now she's a dog, and so are her preschoolers.

The only thing Mabel is grateful for in this whole messy business of being turned into a dog, is that she turned into a dog that’s big enough to break out of the preschool’s backyard. She’s looked at herself in the mirror, and near as she can figure, she’s some kind of rottweiler-lab mix, with a wrinkled forehead that gives her a permanently worried expression.

“What if I was a toy poodle?” she says to the kids while pushing on the three wobbly fence-boards. The kids laugh, though it mostly comes out as howls and barks since they are now a bewildering mix of puppies, toddling around on wobbly legs with wagging tails.

Twenty-four hours ago, she was a preschool teacher, and they were a dozen three- to five-year-olds. Then… Mabel shudders, remembering the vertigo, the queasiness, as her body changed.

She digs her claws into the frozen ground, pushing on the last board.

All day yesterday she kept the puppies inside the preschool and the backyard. She couldn’t open the preschool’s locked front door and she figured someone would come and help. It seemed a reasonable thing to expect, but no one came. And once she realized what was happening outside, in the street, she was too scared to leave.

First, a group of rhinos ran by. Then, a buzzing cloud of insects passed. After that came the snakes and the toads and the boars. Watching from the preschool window, Mabel somehow knew that all those creatures had been people, just like her, and that they were all crazed with fear and panic now.

She kept the kids busy playing and raiding backpacks for snacks. As darkness fell, she saw fires burning far away, heard distant alarms go off, but still no one came. No police, no ambulance. No Robert.

“What about my mom and dad?” Adrian, one of the five-year-olds, asked before he fell asleep.

This morning when they woke up, seven of the kids had lost the ability to speak. They bark and chase each other through the backyard now, and don’t seem to remember that they were children yesterday.

Mabel peers through the busted fence as the last board comes loose, sniffs the cold air, feels her hackles rise unbidden. There are too many scents, too much information to process all at once, but she has to move.

Maybe Robert’s home, she thinks. Maybe he’ll know what to do.

Mabel tries not to think about how far away home is, tries to think of the calm countryside around the house instead, all the food in the pantry, and the old dog-door they never got rid of after Shadow died. She figures she’ll keep off the main roads and bridges, cut across the frozen bay to get there faster, safer.

“Alright,” she says, trying to sound jaunty. “Come on! Stay together and be good dogs!”

She keeps the puppies close because even though it’s quiet now, the town feels, and smells, wrong.

Beneath a tree, a cougar is eating something, guts spilling across the concrete, noisy crows watching from above. The cat turns toward them, and Mabel growls, wondering if the cougar is a real cougar, if the dead thing was a real animal, if the crows are real crows.

It’s all real now, she thinks, feeling her insides lurch.

It takes longer than she planned to reach the bay and once they get there, the pups are tired. Mabel looks at the ice, the boats stuck in it. Home is on the other side. She can’t see it, but she can smell it.

A flock of geese are waddling around near the shore, nibbling in the snow. One goose reminds her of Robert. Part of her wants to bark at it and chase it, but she remains still, trembling.

“Mabel?” asks the goose, peering at her.

“Robert?” She wags her tail.

“We changed right in the library,” Robert says while the cold wind ruffles his white feathers. “These are the high school kids who were with me. We’re heading south.”

“Don’t know. Feels right. Maybe we’ll find help.” He hesitates. “Mabel… The TV was on when it happened. The lady on the news from overseas… she… turned into a donkey.”

After that, there’s not much left to say.

Mabel looks up at the sky when he takes flight and feels something brittle snap inside her.

It’s late. Too late to take the puppies across the bay. They’ll have to wait till morning. Only the two oldest, Katarina and Adrian, can still speak, but at least all the pups follow her. They raid the nearby Starbucks, drinking milk off the floor and eating sandwiches. There’s no one there, except some large ants crawling over the cookies. Mabel looks at the ants, thinking about all the moms and dads who used to go to this Starbucks for a coffee every morning.

That night, she can’t sleep. She thinks of Robert, flying south. Of how far-off spring is.

Adrian whimpers next to her.

“Maybe some girl made a wish,” Katarina whispers, spaniel eyes gleaming in the dark.

“Most animals are nicer than people,” Katarina goes on, and Mabel thinks of Katarina’s mother, a loud woman who smells of booze sometimes. She thinks about the bruise on Katarina’s arm last week, about the black eye last month. “Maybe the wish came true even though the girl didn’t expect it.”

“What if we can’t speak tomorrow?” Adrian asks, shivering.

Mabel looks through the glass door, across the frozen bay, past home, past spring, past everything. 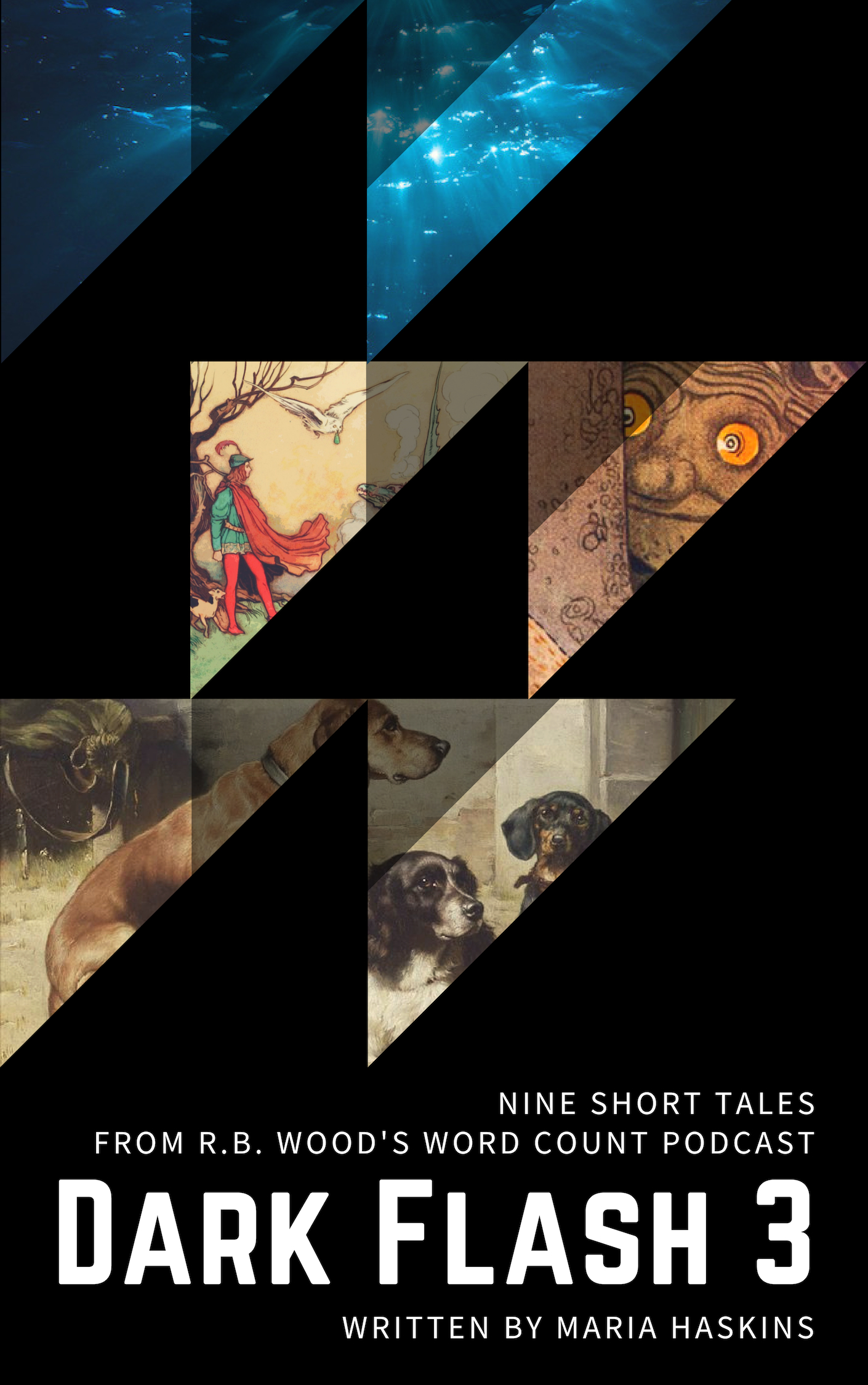 A collection of my flash fiction stories, all originally written for R.B. Wood's Word Count Podcast. 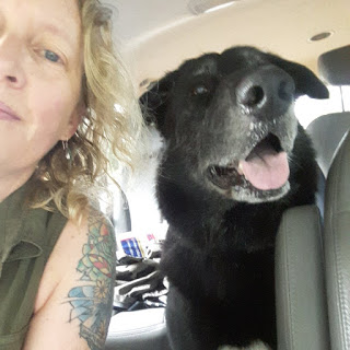