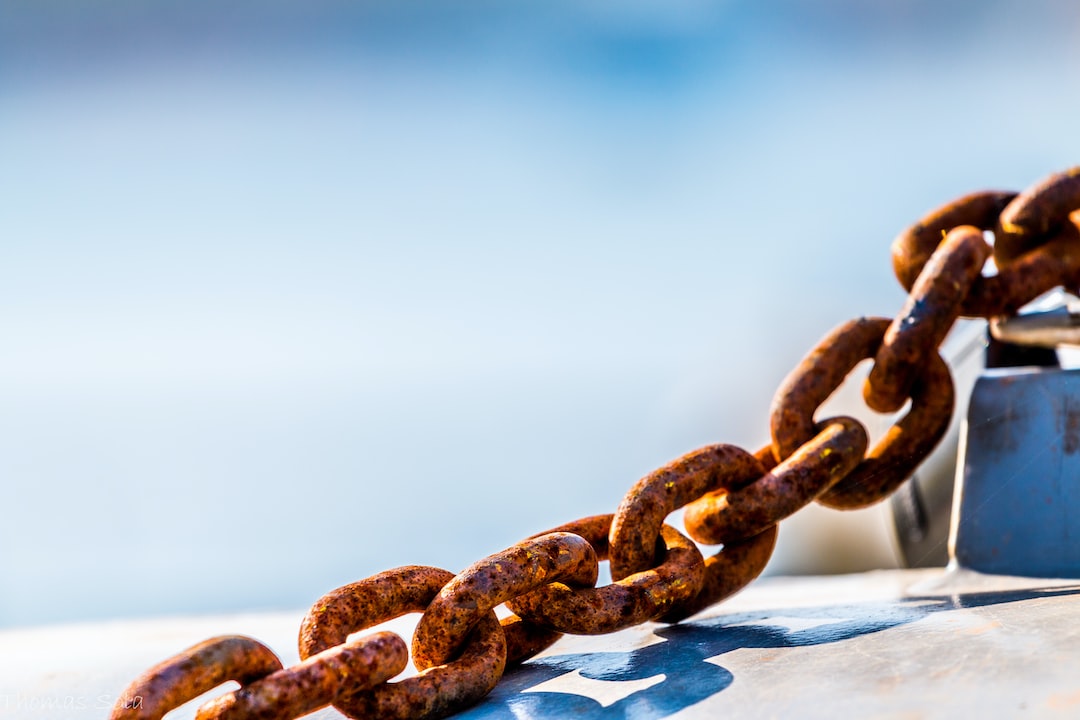 Photo by Thomas Sola via Unsplash.

From the author: We imagine zombies to be mindless monsters yearning only for flesh. This one wishes it were so.

Sometimes I wish it really were true, that zombies were mindless ramblers.  I wouldn’t be trapped in my own thoughts the way I am now, no way to explain them, no communication possible.  I don’t have the manual dexterity to write a note or gesture comprehensibly.  I have no control over my hands.  It’s just me in my head.  I’m a passenger.

I can’t remember what happened to make me a zombie.  I suppose I was bitten, right?  Or is that just the way they always had it in the movies, and not in real life?  It’s not like the movies got much of it correct.  Zombies aren’t mindless monsters, like I said.  And there’s no obsession with brains.

My wife has been great the whole time.  Since this began.  She changes my clothes regularly, though I know it’s not easy with my convulsive jerks and lunges.  Two guys from the Agency have to come in to help her corral me and tie me down.

“Sometimes I want to talk to him, tell him what’s going on in my life,” she said to them one time.  “I know that he’s not really there anymore, but it’s hard to let go of the idea, you know?”  They nodded quietly, so understanding. Really they’re waiting for her to finish talking so they can get on to the next job, I’m guessing.

I know the Agency guys tell her to put me in one of their institutions, their big enclosures.  She could visit anytime, they tell her.  He won’t know the difference.  It’s selfish of me, but I’m glad she hasn’t done that.  I can’t imagine looking at all the other zombies in a place like that, knowing that behind each blank stare is a mind crying for communication, contact.

She wipes me down with a wet cloth.  Gently, so the skin doesn’t tear.  She leaves me food in a bowl on the table.  She even cooks it, though I can’t taste the difference.  I don’t taste anything.

I seem to never touch the vegetables or fruit, so I guess the movies at least got the carnivorous part right.

She goes to work in the morning.  My door is always locked and the windows are barred, but in any case I am chained to a metal post set in the center of the room so I can’t accidentally get out and terrorize the neighbors.  I don’t remember who put the post in, or exactly when.  The Agency, I suppose.  It wasn’t there when this was the extra bedroom.  The chain is about six or seven feet long, so I can stumble around the room on pointless and unplanned journeys, or stand still for hours.

I don’t really get a say in either case.

Sometimes she leaves a TV on for me.  Or it’s probably not for me, really – maybe it's just that the sound drowns out some of my unintentional groans and growls.  The TV is on a low table, just out of reach.  If I happen to be facing the right way, I can watch.  Which is nice.  Other times it’s the radio, loud enough for me to hear no matter how much I happen to be snarling or moaning at the time.

I can’t tell her how much I appreciate these things.  I wouldn’t have any of these distractions if she sent me away.  I wish I could thank her.  I would like to catch her eye, give her some sign of affection.  But my gaze falls where it happens to fall, and I have no choice in the matter.  Sometimes she leaves the door half-open, and I catch glimpses of her in passing, as I swing my head from side to side, or as she crosses in front of me.  Other times I happen to see her out in the yard, if I happen to be facing the window when she is out getting the mail or something.  That’s nice.  I can see the wind blow her hair.

I could have shown her a lot more affection, before.  I could have caressed her in passing more often, given her unexpected compliments more often, told her how happy I was to have her with me.

I didn’t do enough, then, and I can do nothing at all now.  I hope she doesn’t interpret my lack of visible gratitude as indifference.  But how could she not?  She doesn’t even know I am in here.

All those things we never did.  We had a lot of plans.  For later.  We thought we would adopt a pet at some point.  Maybe a dog.  But we had to think about it – I mean, if we go on vacation, that’s a hassle.  And they get sick, and vets are expensive.  And what if it barks too much, annoys the neighbors?

But we always said, some day.  We should totally get a dog some day.

Maybe it’s best we didn’t.  Before I was bitten (or whatever) I heard stories, about dogs and zombies.  Some dogs just went crazy, barking and leaping and freaking out.  Others attacked their former humans, or vice versa.  So I guess it’s just as well we never got around to that.  But still.  It would have been fun – a dog curled up with you on the couch.  Walks in the autumn woods.

Well, when I put it like that, it just sounds like a commercial for an allergy pill.

Time passes.  I saw snow outside a few days ago.  I think it was a few days ago.  They say the zombified mind goes bad right away, no room for thought left in the decaying brain.  I wish that were true.  But there is some deterioration.  Not as quickly as you’d imagine nature would insist upon, but the mind slowly decays, loses focus, gets blurred, while the body goes mindlessly on.  But for now I still have my thoughts, my memories.  I can still focus.

I tell myself stories to pass the time.  Well, retell them, mostly.  I try to remember the shows I used to watch, try to recreate them in my head.  Breaking Bad is the one I am doing now.  I’m trying to remember each incident, see if I can remember them in the correct order.  Other times my mind wanders, degenerates, into wishful thinking.  Zombie cures and superpowers and waking up to find that it was all a dream.  Those thoughts come less and less, though.

Sometimes, when there’s no TV, I play whole albums in my skull.  Albums I knew well, that I listened to over and over, and so now I can imagine the first song, play it through, and then continue on to the next, until I’ve played the whole album.  When I was in college I worked for a while at their radio station, and for some reason Thursday nights they had Hippie Hour, and I had to play all these old albums from the sixties and seventies.  I grew to like them, and even after college I still listened to them, while my friends either raised their eyebrows or thought I was being retro. My wife used to tease me about my old-timey music.

Wow.  Even after I’ve died, I still worry about justifying my tastes.  Still want to be cool.

In my head I play The Doors.  Pink Floyd’s Dark Side of the Moon.  Beatles.  But there are times when I just can’t remember what comes after “Can’t Buy Me Love.”  And I can’t play the album to remind myself.  That’s frustrating.

I wonder if my wife has thrown out my old CDs.

I heard her on the phone the other day, talking to one of her friends.  I could only hear bits and pieces, but it sounded like they were discussing that place the Agency wants her to send me to.

I wonder what she is thinking.

I feel bad that I never took her anywhere exotic for a vacation or an anniversary.  Paris, Italy, Japan, or one of those little tropical islands, before the sea swallows them.  It was another of those things that I was going to do.  Someday.  If we could both get a few weeks off at the same time.

But unlike the dog, I never talked about it with her.  Maybe because I was afraid she would seize on the idea, and then I would have to find a way to pay for the trip.  Or maybe because, as I told myself, I wanted it to be a surprise when I finally did it.  In either case, we never discussed an exotic vacation.  Somehow that makes it even worse, now.  She’ll never know I thought about it, had hoped to treat her to that.

But maybe she understands.  Maybe she knows me well enough to realize that I had such thoughts.  It’s possible, right?

I also always thought that someday I would take some courses at the community college.  Just for fun.  I could learn to paint, to speak French, to invest money wisely.  Maybe even play an instrument.

Never got around to it.  When I retire, I told myself.  I’ll have plenty of time to do all that when I retire.

I miss seeing the guys at the office, too.  Sometimes we’d go out after work for drinks or dinner, joke around and tease and let the weight fall away.  There’s something that happens when it’s just guys.

Too much of that would be tiresome, of course.  Hollow pleasures.  We’d talk sports and food and cars, but never about our fears or our hidden dreams.  Men don’t talk about those things, except in code.

If they did, things would all fall apart.  But things fell apart anyway.

We never had a child.

Why not?  We only ever talked about it in the abstract, as something in the indefinite future.  But I know that she wanted one.  I know she was hesitant to ask me, because she thought I didn’t.  Jokes I had made early in our marriage.  Stupid jokes.

But was she right?  Did I?  I guess I always figured that at some point a baby would arrive, and even though we couldn’t afford it and had no experience with infants, we would somehow make it work, the way couples do.

But that will never happen now.  That child is in the same place as the trip to Paris and the French class.

“If you were only still there,” she is saying to me.  When my head swings the right way, I notice that her eyes are red.  “But keeping you here with me is just – it’s pointless.  You’re not here.  And keeping you with me means that I can’t leave this place, this terrible place.”  My head has turned away, but I can hear her start to cry.  “I’ll miss you when you’re gone.  But I already miss you.”

So she is sending me away.  I guess it really is the best thing for her.

Still, the thought of all those other zombies in the big pen, all those imprisoned minds – just the thought chills me to the core.

But if I could, I would tell her that I understand.  That I forgive.

My wife comes into my room, looks at me with tired eyes.  The Agency guys are behind her.  She’s careful not to come too close.  How I wish I could stroke her cheek, touch her hair.

I lunge towards her, arms outstretched, and am stopped short by the chain.

This story originally appeared in Bards and Sages Quarterly.