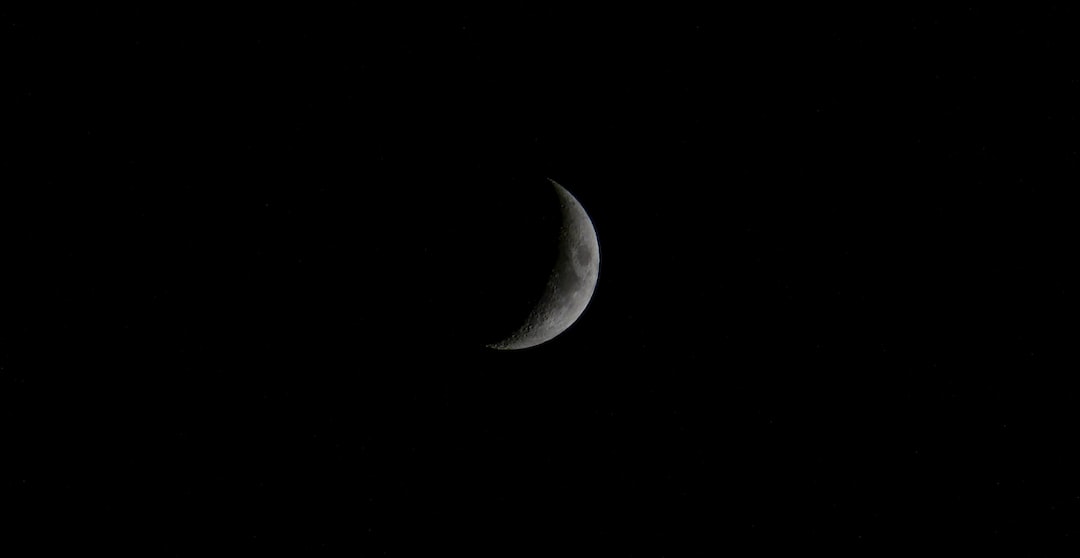 Photo by Kym MacKinnon via Unsplash.

From the author: Thilly and Beaumain found each other online, and want to meet, but the world has ended, and they cannot. Thilly has an idea for how to make it work.

A pale-blue aura framed Thilly’s face, as she leaned in toward the monitor. Beaumain’s eyes looked tired, but they lit up at the sight of her, and he rubbed his ginger beard.

“Hello,” she replied, twitching a coil of hair over her shoulder nervously.

And so the chat began, many hours and a world apart, a meeting at the end of the world.

But seasons change, and the world may end, but a new one rolled on, and so they drifted. A brief check-in here and there. Moments of praise.

“Are you okay? The world has ended, but I still think of you, from time to time.”

“I am okay, but I am tired, and I worry for my children.”

“Yes, I worry for mine as well. It is one thing if I become ill, but if they do…”

And possibilities became impossible. Or so they seemed at first.

“We make things,” Thilly wrote in a text one night. It would have been early morning for Beaumain.

“We do indeed,” he wrote back.

Thilly stared at her phone and tapped her chin with her fingernail.

“What if we made a way out of this?” she asked.

“What do you mean?” Beaumain wanted to know.

“I mean…what if we made a way to see each other. One that didn’t risk our lives. One that is quiet and calm…no stress of travel. We just…make the way.”

Beaumain adjusted his glasses and grinned, and because he liked indulging her, he said, “Go on.”

Thilly said, “You’ve told me you dream a lot. So do I. What if…what if we met there? Somehow?”

Beaumain shrugged. “I don’t see how that would work, but…”

“We’d make it work. Let’s try it. I’ll think of you right as I’m going to sleep. Set your timer; you’d be just waking up, but still in a dream state.”

Thilly took a quick selfie and sent it to Beaumain, and he could see her hair was wild, her face pale from her phone’s light, but most of all, her expression radiated hope and possibility.

Could we do that? Could we really? And then he breathed in deeply, for all he wanted in the world just then was to hold her, at the end of all things, but she was so far away.

“I want to try,” he said to her. And she bit her lips and smiled.

That night, she curled up in her bed, the night so cold that she kept her socks on. She felt alone, and chilled, and wanted nothing more than to hold him right now. But he was so far away.

She tossed and turned a bit, her body settling in, and then her mind bubbled off, and created the usual strangeness of the beginnings of dreams, in which colors seem different and one’s home is the same but not one’s own.

Throughout this, she could still hold on to conscious thought, just barely.

The dream shifted, and she felt a sense of loss, of regret. He’s not there. And she walked in a large, cold house, opening dark doorways, smelling soot and mold. But there was one doorway down the hall…a hall unfathomably long. The doorway stood ringed in light. She could hear her shoes scuffing. Other doors on either side of her began to open, and ash-colored arms reached out of them, trying to draw her in, and she tried to run from them. But she could only shuffle.

So long, so long it seemed, this hallway, this interminable distance just to open a door…yet she endured and kept on, the fleshy fingers clawing at her. She could almost feel the warmth of that light ahead.

“Thilly?” a far-off voice called. “Are you there?”

Thilly gasped, and broke into a run, or what she could do in this netherscape that came closest to a run. Hands brushing her back, tugging her hair, she dared not look behind her. She threw herself against the door. The light shining around it lit her trembling hands, and she found a doorknob.

She turned the knob, and it opened, and instead of a bright light, there was a simple fireplace crackling in the background. And in the foreground, a man stood there, his beard glowing like embers, his eyeglasses slipping down his nose, so that he could look at her. It was Beaumain.

She leapt forward, and he seized her about her waist, and the door with its unwelcome host behind it shut hard. She fell forward and breathed Beaumain in, brushed her fingers through his beard, and he wound his hands all through her waving hair and caressed her neck.

“You’re real,” he answered, and they held each other’s faces and their lips met at last.

An explosion of light and color blossomed about them, as if every flower that frost had bitten back in the world at last bloomed again, swirling and twining them together.

“So we can do this, now,” Thilly managed to say, her smile shaking.

“And now is all we have,” Beaumain answered.