The Stars In Heaven Sing a Music 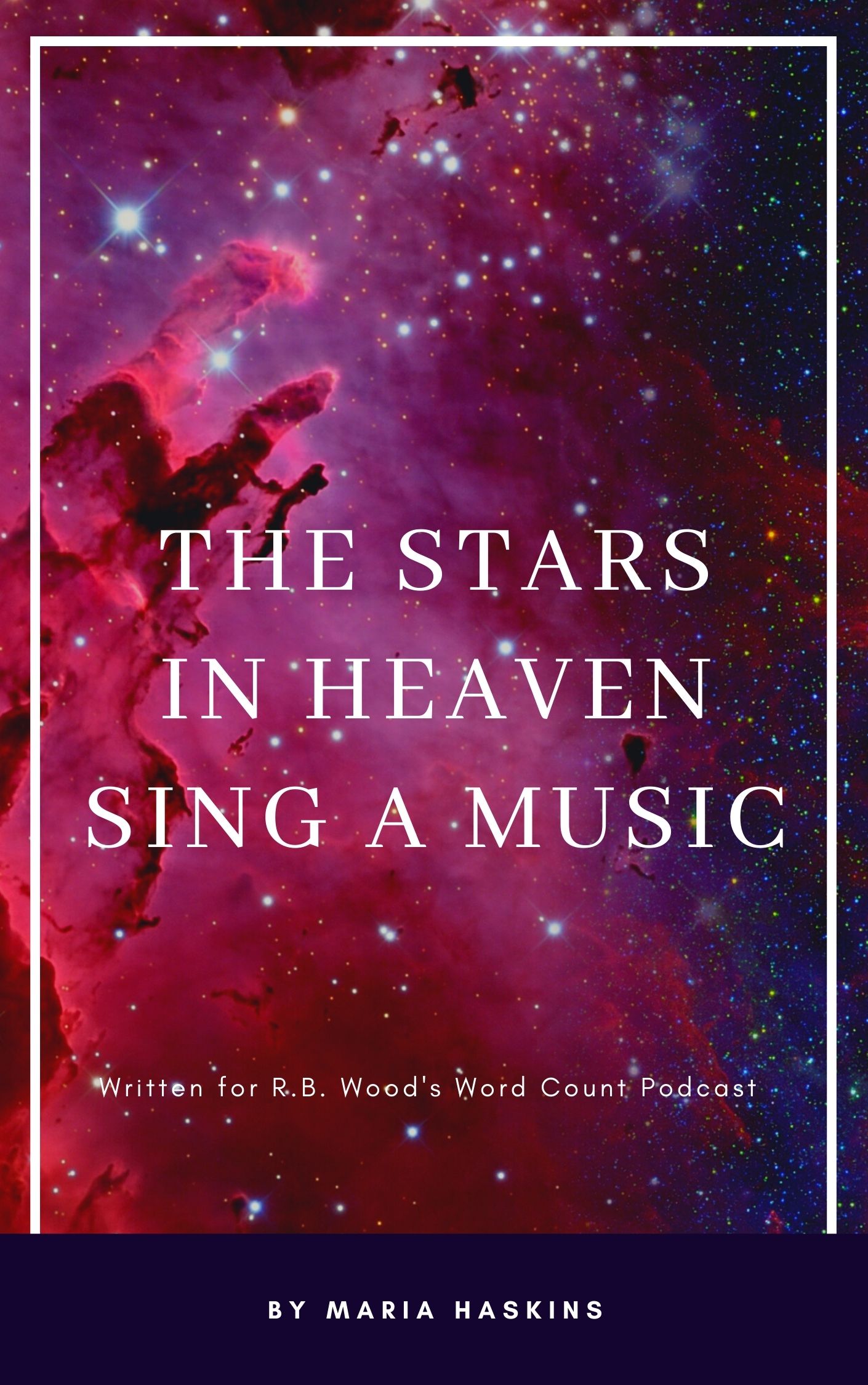 From the author: A doomed ship, and only one person left awake.

Deep inside the damaged spaceship, in the room the crew named the Nursery, Tessa sings a song her Mama used to sing. She sings while she tries and fails to repair the life support system. Tessa’s breaths are labored, and the last dose of pharmaceuticals she made the ship dispense for her isn’t helping the way it should, the way it did at first.

There are 50 children in the nursery, but they are not awake, nor are they sleeping. They are in stasis, each one sealed in their own cryo-pod. Tessa doesn’t know if they can hear her, but she sings anyway. She sings for them and for herself and the ship. She sings to dispel the silence. She sings to keep the loneliness at bay.

Tessa doesn’t know enough about the life support system to be sure what’s wrong with it or how to fix it. The ship’s nanobots could repair the damage, but right now they are busy elsewhere, repairing the hull breaches.

She has told the ship to run the calculations backwards and forwards so many times and she knows what the numbers show.

The ship can keep the children alive until they reach the agrarian outpost they’re headed to, and life support will be restored by the time they’re being taken out of stasis, but right now, Tessa is living off the last remnants of air and warmth and there’s nothing to be done about it. Nothing but what she’s already doing: trying to fix it even though she knows she’ll likely fail.

They were supposed to do this together, her and Ben. Ben was a fighter pilot before this mission and had been on innumerable missions in the war while Tessa had never even been in space before this trip. She’s spent her life in the shipyards helping build ships, not fly them. Hauling metal, welding, driving loaders. Not repairing the guts of a ship torn apart by space debris.

It’s still a good ship, Tessa thinks, listening to the quiet, muted hum of the vessel. Even bashed around and banged up, it knows how to fly itself, how to repair itself, how to find its way.

Tessa helped build hundreds of ships like this for the war. She helped build this one too, crawling over it and through it, singing while she worked, her voice echoing against metal and alloy. Tessa loved building ships even if she knew they were meant for the war, even though she saw them come back in pieces, even though she knew people died in, and because of, the ships she built.

She sings and shivers in her thermo-suit while she runs her shaking hands over the mess of wires inside the life support unit. All the while she pretends she doesn’t feel the cold creep inside her skin, inside her bones.

When Tessa volunteered for this mission it didn’t matter that she had no on-board experience, that she was just a shipyard rat. All that mattered was that she was willing to go, that she was healthy enough to survive the multi-year trip.

So she raised her hand in the assembly when the question was raised, when the plan was made, as the enemy ships attacked, as their planetary defenses failed, as the carefully terraformed atmosphere of their planet deteriorated. She volunteered because she wanted to salvage something. Because she knows most of those kids in the Nursery. Knows their parents too.

Tessa sings though her voice seems small and muffled and her teeth are chattering. She sings, though its barely even as loud as the quiet hum of the ship itself anymore.

It’s a good ship, Tessa thinks, this ship she helped build, this ship she sang to as its parts were joined together in the shipyard. This ship still knows where it’s going, and it can get there without Ben and Tessa. It was made for war, but now it’s doing something else. Just like Ben was a fighter pilot and chose a different path. Just like Tessa built warships until she chose to help these kids escape the voracious maw of the goddamn war that has always been going on and never ever seems to stop.

Tessa can’t see the wires clearly anymore. She’s not sure if her eyesight is failing or if she’s crying, but she keeps singing. She sings for the children and for herself and the ship, she sings to dispel the silence and the loneliness.

In a few weeks, the ship will be back to mostly normal operations.

In a few years, the kids will arrive at their destination and they will wake up.

Tessa thought she’d be there with them, that Ben would be there too, that she would sing this song as they woke up, and that it would bring the kids some comfort to hear it, that they would remember it without even knowing why, that it would be a bit of the world they left behind tucked into their minds and memories to bring along into whatever life they’ll find in the new world.

She knows time is almost up. Soon, the ship will shut down the last bits of life-support and save its energy and resources for the kids until the nanobots can get around to fixing life-support.

Tessa closes her eyes and then it’s almost as if she can hear her Mama sing, same as she used to do when she tucked Tessa into bed at night, and when she woke her in the morning. Tessa can almost see Mama too, and for a moment it’s as if they’re singing together, before it all goes dark and her voice finally fails.

Outside, space is dark and silent. But deep inside the ship Tessa helped build, a new vibration courses through metal and alloy, its pitch and tone changing, adjusting, ever so slightly, ever so carefully, until the ship is singing.

It sings to itself and to the children.

It sings to dispel the silence and the loneliness.

It sings for Tessa too, even though she can’t hear it, anymore.