Fantasy Brain in a canister

Pumpkins I Have Known: First Pumpkin 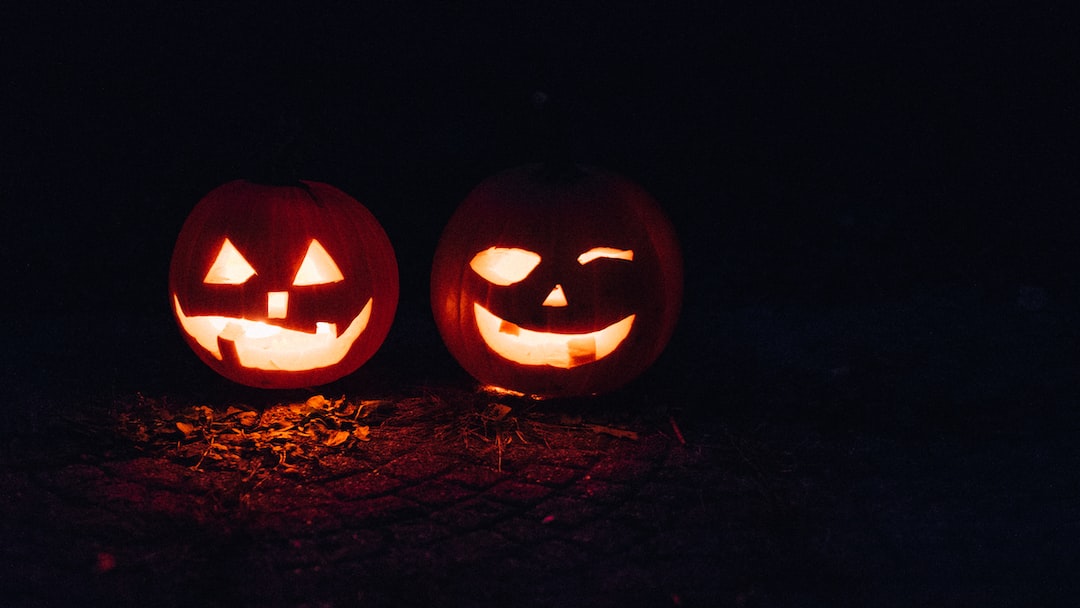 Photo by Beth Teutschmann via Unsplash.

From the author: A little girl loves her pumpkin.

Bruncle Thibaut took the lead, this first time we made a jack-o’lantern together. He's older, and for sure bigger.

He'd already clamped the pumpkin down on the workbench in the basement. He took an autopsy knife and cut out the top, in an exact circle around the stem. It came off like the lid of a jar.

He gave me a nudge. “Put those little monkey hands to use, Trichi!” I dug my hand inside the pumpkin and began scooping out its orange guts. Big pumpkin, big enough that I climbed up half on top of the workbench and got my arm all the way in there. I'm not at all big for my age, which is eight. Bruncle is pretty big for his age (36, I think) or for any age, really.

Grown-ups call him Thib, and women call him Big Thib, but I just call him Bruncle. Since Mom married her ex-father-in-law, Thib's both my uncle and also my stepbrother. My stepdad's Grandpa Dad.

I got all the insides out of the pumpkin and into a bowl. I took the bowl up to Mom. She was gonna throw it away and buy a pumpkin pie at the store, like every year. One year she’d bought a sweet potato pie by mistake. Nobody said anything. Last year she forgot the pie completely and just brought home a big bottle of vodka. That was okay with everybody, Bruncle and Sistraunt and even Grandpa Dad's valet, Margot Trousseau.

It came out of the canister within a smooth glob of some firm gel, a cylinder shaped like the inside of the canister, it looked like the jellied cranberry sauce Mom slid out of the can every year for our big family dinner a week after everybody else’s Thanksgiving so we could get all the stuff on sale. But this jelly was clear like vodka. Inside, the brain was pink, not a dead gray like the brains I’d seen before.

Bruncle set the brain-in-jelly on top of the pumpkin, and took his hands away. The can-shaped gel, almost exactly the size of the hole in the pumpkin, quivered like a live thing and slid silently down inside. Bruncle got a droplight and peered into the pumpkin. “Good, good. It’ll flow outward and fill up the space. I gotta top it off.” He uncorked an old vodka bottle and upended it. More of the jelly slowly drooped from the mouth of the bottle, extending like a string of snot down into the pumpkin.

Bruncle filled it up and then set a thick round metal cap on top of the pumpkin. It fit precisely, and then he used a caulk gun to lay a line of some black gunk all the way around the edge. "Seal in the freshness!"

The metal cap had a buncha little valves and capped openings on top. Bruncle hooked up a dozen tubes and cables joining the cap to different machines and tanks. Then he showed me a fancy little crystal bottle full of some amber liquid. “What do you suppose this is, Trichi?”

You just have to keep asking, with grown-ups. Stare right at them. “Well, is it?”

“Fine, it’s partly vodka, but that’s just to hold the other ingredients in suspension.” He showed me how to open one of the little ports on the cap and pour in a little bit of the fluid.

“Trichi, this is your job. This is special nutrition. Let’s call it, ah—”

“Fine. Just half an ounce, like this, twice a day. Or thereabouts."

The next few of days we left the pumpkin alone, to let him settle in.

I started calling him him.

I tried to think of a name while I was feeding him, each morning before the school bus came, and the minute I jumped off it and ran home in the afternoon.

We aren't good at names. I'm Trichinosis because that's what Mom thought she had at first. But it was me. Then she wanted it to be a boy, but it wasn't, it was me, and she had no girl names ready, so I was stuck with a joke name.

Even our last name is stupid. After Dad left I was hoping we'd get a new name with the next husband, but of course Grandpa Dad had the same one.

He needed a name, but he didn't have a face yet. I thought we were going to carve one like a regular jack-o'-lantern, but Bruncle just shook his head. "No, it's gonna be way better than that. You'll see, Trichi." He tapped the side of the pumpkin. "Our friend in there has an instinct to seek the light, to get information from the outside world. There're tendrils in there, branching out and gettin' into the pumpkin-rind. Things are happening. There'll be a face. Eyes, anyway."

"Eyes?" This made me happy.

"Probably three or four, around the perimeter. I betcha." He pointed. "Or, hell, maybe some kind of sensory organ we don't even have. Like a band all the way around that projects radar, or uses some kind of optical interferometry."

Seems funny now I never thought of calling him Jack.

After a few days there was visible change. The outer surface of the pumpkin became softer. Not rotten, not fragile. Tough, rubber. And warm, like live flesh. I spread my hand out on the side. There was a vibration, a trembling. A pulse.

I sang to him, all the Monkees songs I knew. And I thought to him, not in words, but pictures. What I wanted his face to be. I thought it hard.

A few days before Hallowe'en, the eyes appeared. Bruncle turned off all the lights in the basement and we could see them as two faint glowing shapes.

"Hmph. Just the two?" Bruncle sounded more puzzled than disappointed. "At least we know it's active. There's lots going on inside that gourd, makin' that light as a side effect."

"I'll be damned." Bruncle snapped the lights back on, and checked the meters and gauges on every machine. "Well." He lit a Winston. "'Kay, Trichi, I think we're seeing a manifestation of the ol' prefrontal in there working through basic geometry. Starting with the simplest regular polygon, an equilateral triangle."

He looked down at me, startled. "You need to go pee?"

"No! I'm excited! Bruncle, I told him that's what I wanted!"

He shook his head. "Hon, I don't think it works like that."

"Wait'll you see his mouth."

"Fine, 'wait and see' is the default position in this kind of work."

Next day, with the pumpkin's equilateral eyes lighting up the whole basement with an amber glow, we watched a third triangle appear centered between them, and lower. And the mouth: a jagged zig-zag straight across. It took half an hour, and neither me nor Bruncle said a word, though he did freshen up his gimlet on the rocks.

"I told you! I--" Something terrible came into my mind. "Bruncle, is that my dad's brain in there?"

"What?" Bruncle choked a little on his vodka, coughing. "Jesus, kid, why'd you think that for?"

"'Cause I asked him in my mind to make a proper jack-o'-lantern face. And he did, so we must be connected."

"I dunno, even your little-girl skull's too thick for any kinda wavicles to get out. Maybe there's some kind of resonance, even though I'm using that term so loosely my old 'Pataphysics instructor would slap my face. I knew it'd make connections and grow synapses like crazy, but I never thought that'd happen. It's like a child, the results aren't predictable."

I looked at the pumpkin. "Maybe he just wants to be friends."

Bruncle made him, but I loved him.

I started calling him Him.

Next day was Halloween. We put Him out on the porch. I asked Bruncle what we'd do after that.

He hadn't really thought past that point, Bruncle never did, he always lost the thread of his own projects and moved on to something else. Finally he said, "Let's just see how long he lasts when he's not hooked up to the machines."

I had different ideas. I poured the rest of the special bottle into Him that night. Then I thought hard while neighborhood kids in costumes came and begged for candy.

I thought Him the alphabet so he could put together his own name. I left Him a crayon.

And I thought about Him growing arms and legs, like green vines but stronger. Strong enough to--

Next morning He was gone. There was a word written in crayon on the wall by the front door. It was His name. I washed it off so no one else would see, but it's lit up in my mind for good.

I know I'll see Him again. I see Him every night in my sleep, I look into His eyes and He speaks to me.  Only me.

He's out there in the world, and for now the world is very big and He's just one pumpkin. But He grows in mind and strength every day, alive and more alive because He takes life from all around him, that's what everything does, it's not good or bad, it's just nature.

There's no shortage of people after all, but there's only one Him.

And He'll make a place ready for us.  And someday I'll be old enough to--

So that was my first pumpkin.