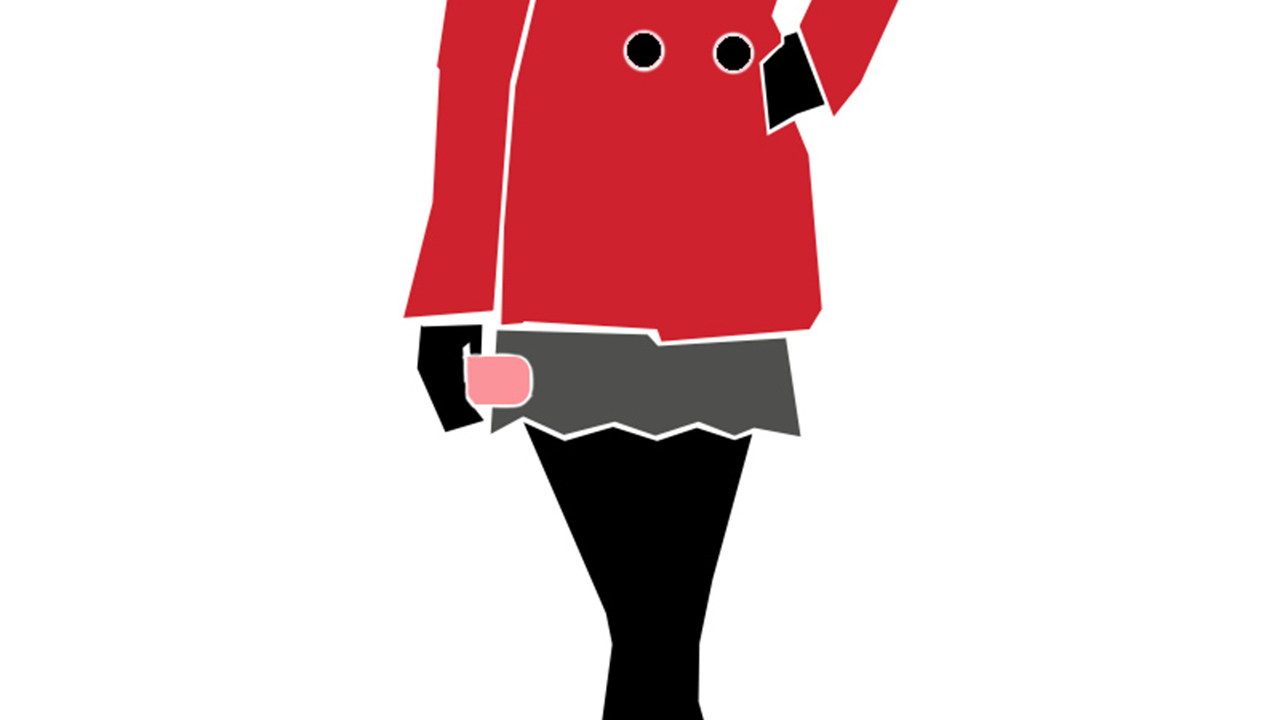 From the author: Henri sees women like this every day at her antiques booth, and she knows just what they're looking for.

A small group of well-dressed women came around the corner. They glanced at the sports pennant booth and then at the bike-parts stand without much interest. The sun was beginning to set behind the group, but Henri didn’t need to see them clearly to know the type. They were HGTV watchers, Pinterest users. They were here, escaped from their day jobs and their children, to find antiques which looked anything like the starting points of the bric-a-brac projects they spent time watching other people make for their over-full homes and their darling children’s bedrooms. One of the women had her iPhone in her hand, the one in front with stark black hair, a bright red pea coat, black tights, and Ugg boots, a look Henri admired, but would never be able to pull off, if only because of how much her failing grey hair would get stuck to that pea-coat; it would not take long for it too look dingy, matted, and swirled, like the suede cover on her favorite chair at home.

The iPhone was a good sign. Henri used to scoff when she saw young people walking around with their phones out, but these days it usually signaled that they were looking for something in particular, something in a photo on Facebook or Pinterest. Already today she’d sold a small folding room divider, an old broken chair, and a set of four glass doorknobs to women with their iPhones out. She didn’t use these social media services herself, but she felt like if she ever tried, she could slip into them like nature. She’s heard so much about Pinterest from women like this, she would be a native upon arrival.

Henri took a glance around her space to remind her what she had on offer today, then reached over a small tree of ancient necklaces to grab a small pan flute. The toy instrument was tiny, fitting entirely inside her one hand. It was brass and steel, and carved with a small boy leading a group of four sheep across the band that joined the pipes. The only spot of color, the faded blue of the feather in the boy's Phrygian cap. A small white tag hung from the flute. "$20″ it read. She had found it in the bottom of a box of old toys from an estate auction six years ago. In that time, she’d gotten pretty good at playing it, and it served well to attract the attention of passersby.

She played a quick tune of her own invention, something quick and birdlike that she’d been perfecting for the last few months. She watched as her short song grabbed the attention of the small flock of women. Red Coat's followers stopped in their tracks, and looked around as if they didn't know how they came to be in this place, but Red Coat herself turned toward Henri, tossed her hair, and smiled. She took a few steps closer, and Henri could see that she was much younger than she looked from further away. A college freshmen, perhaps, looking to decorate her dorm.

She was probably just looking for a mason jar.

"That’s really pretty!" the girl said through a wide-mouthed smile rimmed with bright red lipstick that matched her coat perfectly. It was the lipstick which made her look older from a distance, but that unpracticed smile now made her look younger still, a small child, unaccustomed yet to the world in which smiles are rehearsed and manufactured things.

"Thank you, Sweetie," Henri said, following her half of the script, flashing her rehearsed smile "Anything in particular you’re looking for today?"

"I want to make one of these," the girl said, turning her iPhone screen toward Henri. A small, plastic Hello Kitty face on a string dangled in front of a picture from Pinterest. It was a Ball brand mason jar with a string of Christmas lights wadded up inside of it. It was all Henri could do to keep from sighing. She put the pan flute back on the counter in front of her, and gestured to a back corner where she kept stacks of the jars. The pack on top of the stack was open, the frayed edges of the wrapping was a torn, cellophane flower.

"I don’t have any Christmas lights," she told the girl, "but I’ve got those jars for two dollars apiece, or a twelve pack for eighteen dollars."

A look of disappointment flashed over the girl’s face. Was the price higher than she was expecting? No, Henri thought, she was expecting the jars to be antiques. She led the small group into her stall, and looked around for things that a young lady might want in her dorm room. She watched the girl’s interest in each item, paced her as she talked and gestured, put herself into the girl’s young mind to see what she saw. By the time the girls left, Henri had sold Red Coat three mason jars, a bundle of vinyl flowers, a small wooden folding table, and a metal Coca-Cola advertisement with a pin-up girl on it. One of the followers had been talked into a set of aluminum napkin rings with a faux-Victorian pattern of handlebar moustaches and penny-farthing bicycles.

While she had been showing the girls around, and older man had entered the shop. Henri thought it was her husband for a moment, when she first saw his thick white hair and long black overcoat from behind while she was helping Red pull down an old rocking horse from a top shelf, but then he turned around, and she saw his pinched features. Not her husband, but there was something familiar about him. He smiled at her lopsidedly, hat in hand, and then began to whistle, low and nearly imperceptibly. He was a stranger, and the type to browse without buying. She expected him to disappear again before Red Coat was finished, and put him out of her mind, but he was there in line behind the girls when she rang them out.

When he got to the register, he winked as he placed two items on her counter, a Ziploc bag full of old coat buttons and the pan flute. The pan flute! He can’t buy that! It’s mine, she thought, I need it. His whistling picked up again. She watched in fascinated horror as her small brown hands wrapped and bagged the items, working automatically, the hands of a long-time shopkeeper, but totally foreign to her. I love that flute, she thought, already missing it. "Twenty three dollars," she failed to stop herself from saying. It came out as a croak, her smile lost. And then the cash was in her hand, and the man was walking away, still whistling. He twirled his Phrygian cap around a finger, the blue feather making a wide, bright arc in the air, before he settled the hat on his head.

Henri wanted to shout. She wanted to stop him. She wanted him to bring her flute back, but all she could do was stare disbelievingly at the spot where it had lain on her counter for the last six years.

This story originally appeared in The Great Tome of Forgotten Relics and Artifacts.