The Village is Closed 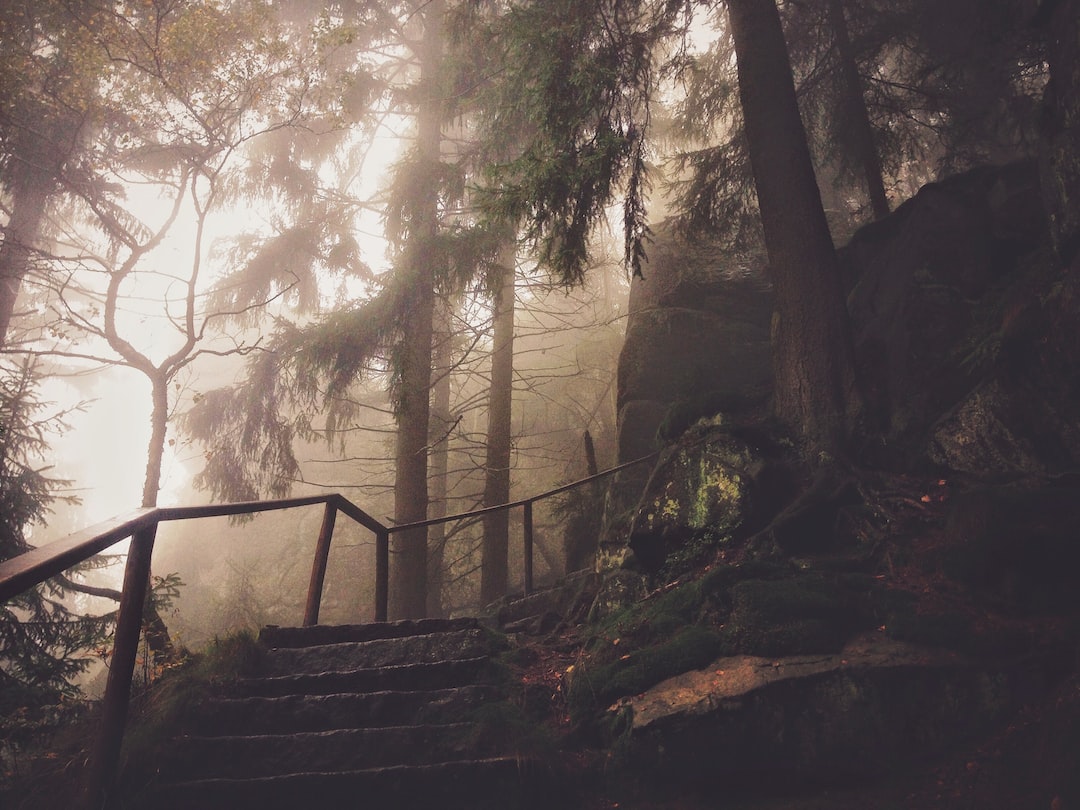 Photo by Beata Ratuszniak via Unsplash.

From the author: A village tucked away in the woods harbors a dark secret.

The village is closed.

The dense woods are owned by an organization with no website, no email address, no phone. The plot maps at the state building show a large rectangle and the simple words, "Village of a Hundred Steps."

The rest of its records are missing. In the county record book, only the ragged inside edges of pages remain – a wound where once a village lay.

There's no longer a path at the edge of the forest, though presumably at one point there was. Presumably, the people of the village once came and went as they pleased, walking to neighboring villages to share news and see old friends, dragging carts to trade goods and barter wares, and perhaps – when whatever happened to them happened, they tried to run to get help.

But if there were once footsteps that beat out a path amid the cedars and aspen and pine, or tracks of wagons and carts furrowed into long, winding lines, their marks are long gone now, filled in by vegetation like Sleeping Beauty's castle, washed away by rain and wind and time.

"THE VILLAGE IS CLOSED."

The sign is strung between two trees. The knots, though hastily bound, have loosened but have not fallen. The ropes have frayed but have not split. The letters are legible but oddly shaped. The "E" is backwards, looping in the middle, like a three. "I"s are ones. The "O" is a zero. The "S" is flat-topped like a five. They are faded, but the paint strokes remain.

A steeple still pierces the sky, its neck raised proudly above the overgrown oaks, an arrow pointing heavenward through the leaves. And slowly, other buildings emerge from the brambles: houses, shops, barns, shyly peering out from behind the branches of bygone years. Their walls have crumbled, their once-cheery paint cracked, their floorboards sagged and threatening to fall in. It's only the structures made of stone that still stand stout and firm and unmoving: the church, the town hall, and a steep set of stairs leading from the village center to the river below.

Within the village, dusty windows stare like eyes, and birds have built ragged nests in the corners of their sills. The doors are unlocked, unlatched, unbroken, but inside is silent and stale. Inside, it is dark and there are scars on the walls – tally marks like a set of fingernails scraping out four lines, with a thumbnail drawn across their middles. Over and over, they add up, multiply exponentially, growing thicker and darker farther from the door. They lead to a corner in a closet in a bedroom – a tiny, dark space hidden away from the world. Hidden away from whatever might be chasing.

And in that corner, something sits. Something – no, someone – sat. They sat long ago and never stood again. Instead, they surrounded themselves with tally marks until their nails broke and bled, leaving tracts of rust-brown streaks on the walls. They sat, their knees against their chest, and what's left of them remains there to this day.

All across the village these grim tableaus are scattered. Bodies, skeletons, decomposed remains, huddled in corners and pressed against walls, their heads bowed and hands clutched as if in prayer. And all around them are numbers. Tallies. Scribbles. Dried-up beans in rows of ten. Numbers, endless and repeating.

The numbers are scattered like breadcrumb trails, crossing and converging at the crumbling well in the center of town. Its stones are dry, and its depths echo with the vast emptiness and futility of something that has failed in its only purpose. Beyond it, the numbers lead to the edge of the stone staircase, where the land dips sharply down to the rushing, running waters of the spring.

The steps are made of flat, white stone that are unlike any found naturally around here, with strangely hypnotic silvery swirls that appear to be almost in motion. They are somewhat too narrow… or perhaps somewhat too wide… or somehow, simultaneously both. They're sloped too far uphill… pitch too far downhill… and are yet somehow perfectly aligned.

Upon the very top one is the warning: "Don't count!"

The warning is wise but impossible to follow, for the stones themselves seem to sing out their numbers. Eleven… twelve… thirteen… Don't count…

There's no turning back. The steps, once climbed, can't be un-climbed. Once descended, can't be un-descended. The numbers, once counted, can't be un-counted. The numbers have been called up, like a spell. Like a prayer. They are stuck in endless progression, though perhaps, with the final step, they'd die away like an earworm that finally fades upon the song's completion.

But the end doesn't come. The numbers reach, then surpass a hundred. Then a thousand. Then ten thousand more. Then it's clear that the river will always be just beyond, that there's no reaching it, at least not by these steps, and the only solution is to turn around.

But the village is closed. It's caught in the loop and doubles round on itself like a symbol of the infinite. As the numbers swirl through the air and scream through the fast-approaching night and splinter the boards upon each building, each path leads right back to the well. Each wall and floorboard echoes in time with the church-steeple bell, gonging at each count.

There's nowhere to flee and nothing left here – nothing but endless numbers.

The village is closed.