C. L. made this story available for free. Say thanks by sending him a tip.    Send Tip

What the Shadows Hide 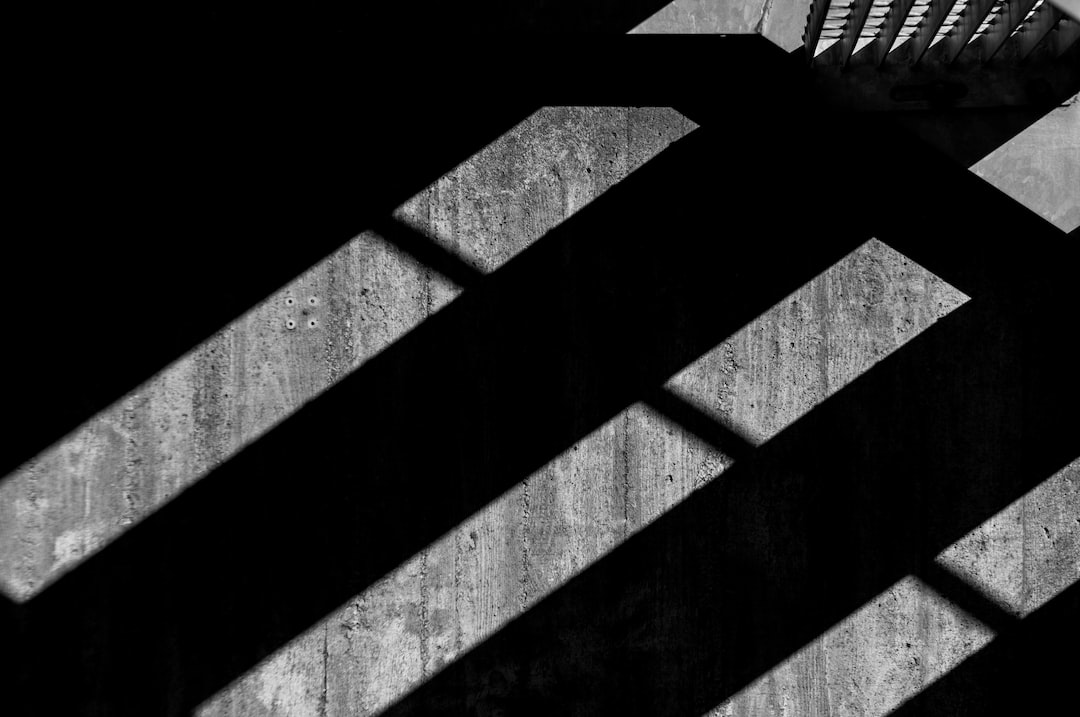 Photo by Michal Vrba via Unsplash.

From the author: A patient in a sanitarium explains to his doctor his descent into madness after perusing the dread Necronomicon.

What the Shadows Hide

What's that? I should sleep anyway? If I sleep, how shall I know when the shadows come?

I'll die without sleep? Perhaps, but if I sleep and the shadows come, I'll die anyway. You say that you'll make sure that it is light, but how can I trust you? You think that I am insane, after all.

Why do I fear the shadows? Why do you not fear them? Do you know what they hide? Does anyone? I do! You pitiful fools who cringe in your pretty reality, afraid to challenge what you believe is truth!

I was a librarian at Miskatonic University before I came here. They had a collection of books which no one was allowed to read. The books were filled with true knowledge, knowledge which revealed the perceived reality of man to be nothing more than a lie. But I did not ever read the books in that library.

Why did Adam eat the apple? Was it because he wanted knowledge or because it was forbidden? The tantalizing titles of the University's forbidden books taunted me with the promise of what lay between their covers until I became obsessed.

You see, I had to read them!

The books? Yes, I had to read them. There was no question about it. How could I exist without reading them?

I left Miskatonic University to find another library, one which would let me read its books. I spent very nearly all of my savings looking for such a place, a library with one of those forbidden books. Then I came to Phoenix - and I found it. The greatest book of all, the Necronomicon!

Sorry, I'm getting excited again. No, it won't happen again.

What's that? What is the Necronomicon? I envy your ignorance. I wish that I too were a brute rather than a man - no offense.

The Necronomicon tells the truth about the world and the unseen forces which dwell on and in it. It speaks about everything one does not know of the Earth.

Anyway, I began work at the Phoenix library as soon as I learned that they possessed a copy of the book - granted a poorly translated and crumbling manuscript - one which was not restricted, merely ignored. I carefully hid it on my first day's work, behind some dusty philosophical works which no one was about to read.

What? Why did I not read it then? It was too dangerous. I had only just started and if they found me reading the book they might make it forbidden to me as they had at the Miskatonic University. I had to wait until the time was right and it was safe.

I worked at the library for two months before I felt that it was safe for me to read the book. I checked every day to make sure that the Necronomicon was still in its place and hadn't been discovered and checked out.

I hid in one of the bathrooms in the library that night as the chief librarian made sure that there was no one still in the building. When i heard her lock the front doors, I knew it was safe for me to come out. I lit the candle I had brought with me and gazed at my prize.

It was beautiful! The binding was weathered black leather, the hide of some scaly thing. On the cover was a small grinning skull, a piece of iron set into the fabric. Beneath the skull, written in flowing Gothic script of the richest red, the title was proclaimed - Necronomicon.

What do you mean that all surviving records say that the library possessed no such book? Do you call me a liar? I saw the thing! Damn it, I held it in my very hands, read it, salivated over it for two months!

I'm sorry. I didn't mean to grab you. No, I implore you! He hates me. He laughs at me and always threatens to turn off the lights and let the shadows get me.

Okay, you can put the jacket on if you don't call him. I won't resist. But you're wrong. The book was there.

The light from the candle barely illuminated the table and the book. I stooped over the aged tome and slowly opened it, carefully turning the yellowed pages. My spectacles firmly set upon my nose, I began to read, thrilling at every hidden secret which the book yielded to my knowledge.

Then I heard a noise! I couldn't tell what it was, but I definitely heard a noise! I clutched the Necronomicon to my breast and fearfully called out, “Who's there?” But the darkened rows of books remained silent.

I returned to my reading for a time, the words of that aged volume of lore imprinting themselves in my mind. I could see the images recorded over a thousand years past by the Mad Arab, images of cities never touched by human flesh and the gibbering horrors which called those ancient places home.

Again there was a noise. Again I looked into the darkness, pleading that a human voice would answer me. Dread crawled up my spine as I rose from the table, candle in hand, to search the ever-present shadows. After a short examination of the now silent rows of books, I returned to my table and the dread book.

Somewhere in Phoenix, some church's bell tolled the midnight hour. The eerie sound was not alone, however, for all about me the library seemed to erupt into a cacophony of sound. It was te same indescribable, yet wholly disconcerting, sound which had been plaguing me the entire evening, but now it seemed to come from every dark corner and shadowy row.

I fled to the nearest wall, my back against it, trying to push myself through the bricks. The sound was growing louder and louder and louder and everywhere was becoming blacker and blacker. More, the shadows were creeping closer and closer, concealing whatever hideous thing was uttering the ungodly sounds.

The shadows were almost upon me! My heart throbbed in my breast, the hair on my neck prickly with fear. An icy chill overcame my body, a bone-numbing cold which set me to shivering. The sound was growing still louder and I could see movement in the shadows, the movement of some inhuman thing!

No, I can't stop now, Doctor! I shrieked and leapt for the only light in the profanely dark library, the candle on the table. I seized the waxen pillar in my hand, the dripping wax burning my palm. But it didn't matter. The Shadows fled the light!

I knew what I had to do to save myself. I had to destroy all of the darkness. I had to obliterate the shadows. With the flame of the candle, I set fire randomly to books from the library shelves. With their pages I set more fires. The light drove the thing in the shadows away. It made it flee.

Soon the flames were destroying all the darkness in the library. They crackled and popped and danced! Milton, Poe, Dante, Doyle - the Necronomicon itself - they all perished to save me. Lest their sacrifice be in vain, I fled the library to escape the fire.

But there were more shadows outside and I could still hear the sounds, see the movement of the unclean thing hiding in the dark! I had to destroy all the shadows. I had to force the thing out of the dark and into the light so that I could save myself and kill it! I set fire to the bushes outside the building and the old palm tree in the courtyard. The garbage can in the alleyway. The upholstery of the car parked in the street. The house on the other side.

What do you mean I'm a pyromaniac? Haven't you been listening? You stupid little man! It's out there, hiding in the shadows! The shadows must be destroyed!

No, Doctor, don't call him in. What? What does that mean - ‘shock therapy’?

C. L. made this story available for free. Say thanks by sending him a tip.    Send Tip

C. L. Werner, a desert rat telling tales of fantasy and horror in worlds near and far.