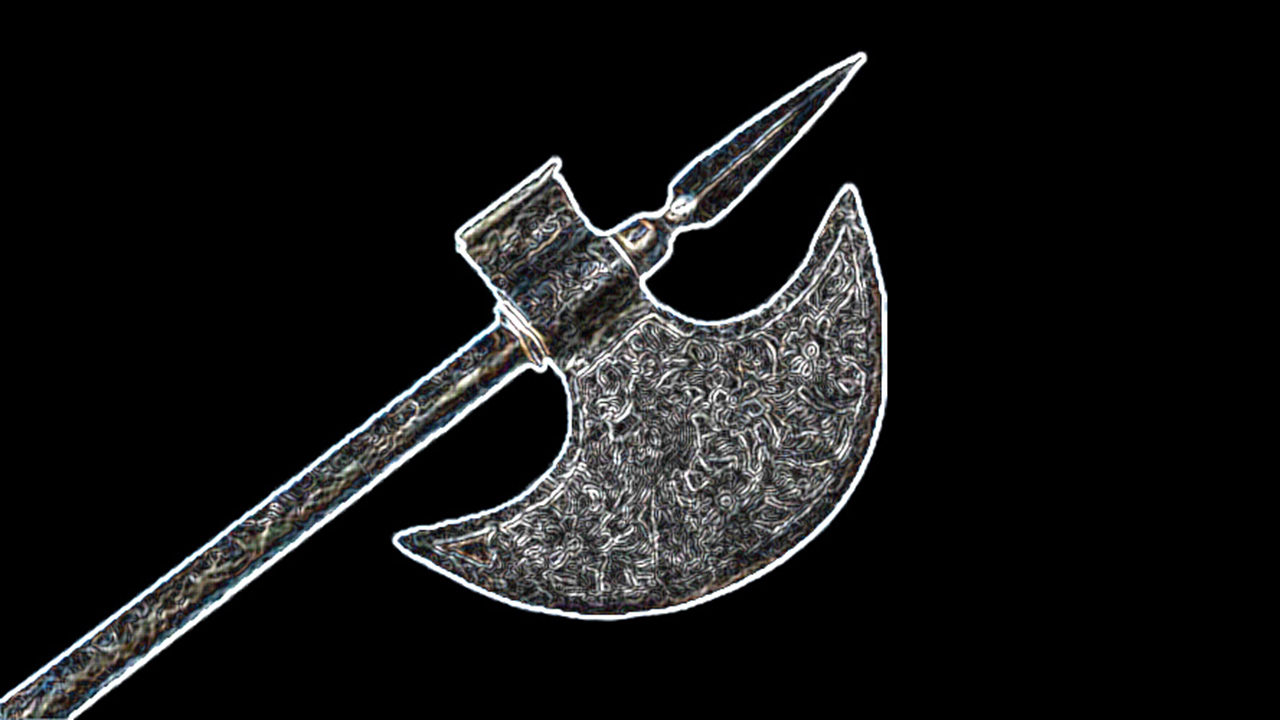 From the author: A dragon chats with an ax about what has gone wrong.

"Blast!" The dragon shouted in frustration. His tail made a sweep of his laboratory, destroying several sensitive apparatuses against one wall.

"Ugh..." The dragon began, turning to the place where the axe was held fast in a vice above a workbench. He sighed. "This isn't the spell I meant to do at all!"

The dragon narrowed his eyes at the Ax, and a short blast of steam erupted from his nostrils. "Well," the dragon started with some hesitation, "I was casting an enchantment of terror-poison upon the most valued weapon of my slain enemy."

"Yes. Yes." the ax said in the same soft voice, though a bit more good-humored.

"It was to be given to an enthralled young woman, who would use it to slaughter the late knight's loved ones."

"So," The dragon glanced around the room at the broken and useless artifacts and tools, "I was mid- enchantment when I sneezed, and lost track of where I was." He lay his chin on the floor of the chamber, and covered his eyes with a massive forelimb.

"I tried to pick up where I left off," the dragon said, and sighed another great bellow of steam from beneath his claws. "but I must have missed something."

The Dragon lifted a sharp digit and peered at the Ax with one great, yellow eye. "Instead of becoming cursed with the power of infinite terror-poison, you started talking to me."

"Oh..." the Ax's voice lost some of its sprightliness.

The Dragon stood once more, glancing around the chamber. His eyes settled on a matted bed of straw in one corner. "And I'm not sure what happened to my enthralled urchin. Was she consumed in the spell? Did she escape?" he asked as if talking only to himself, but then he turned back to the Ax. "She should have been trapped here... emotionally."

The dragon sat contemplating the artifact for a long moment. One claw tapping against the stone of the floor, adding the numerous gouges and scratches on every surface of the laboratory "Can you move about on your own?" He asked, bringing his face close to the Ax.

"Like, float around and chop things up without a hand to guide me?"

A few moments passed in silent stillness. The dragon's eyes narrowed once again.

"You are useless, and I've lost my thrall anyhow." The dragon began to turn away.

"I can still be of use!" The Ax's voice held a note of desperation.

The dragon turned back, putting one great eye very close to the Ax in its mount. "You'll what? Jabber my enemies to death?"

Without another word, the Dragon picked the ax out of the vice between two claws and tossed it out the window. It landed in the snow, blade-first, forty meters down, mere steps away from a young woman who had recently overcome a strong compulsion spell, and was trying to be silent.

This story originally appeared in The Fable Online.