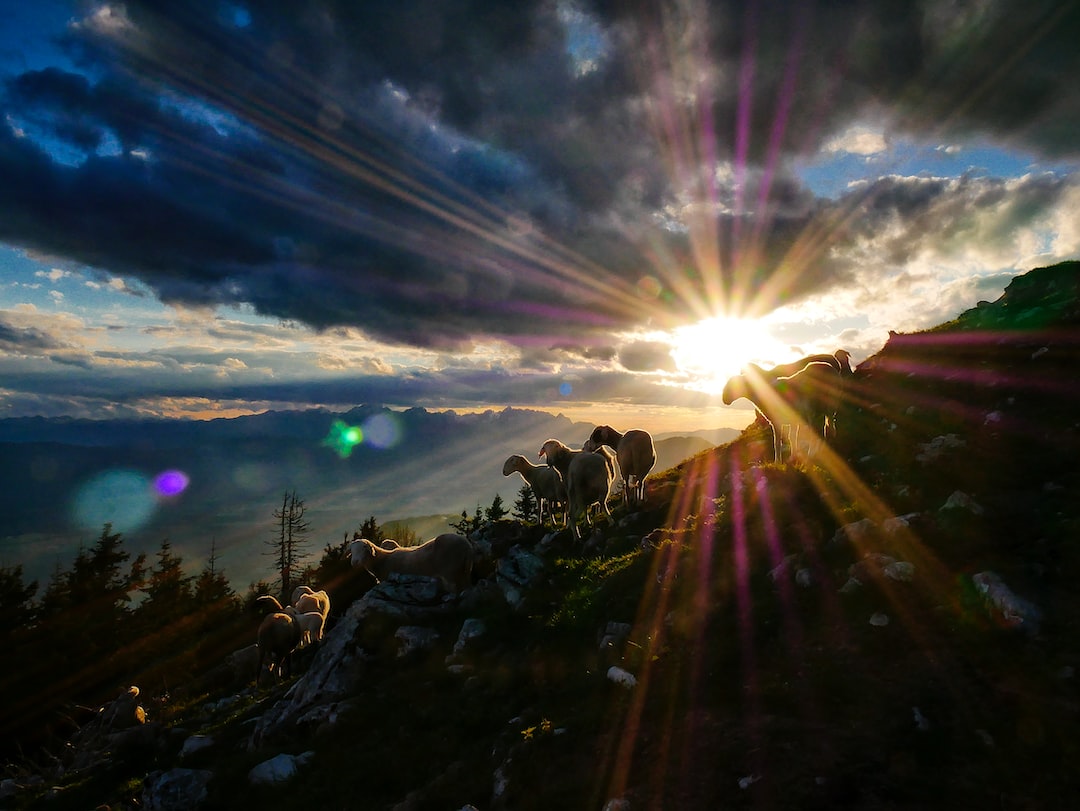 Photo by Jaka Škrlep via Unsplash.

From the author: Writers hear much advice at conventions. Everyone has an opinion on how to walk the writing tightrope, but sometimes the advice just sounds wrong. I was listening to a panel of editors when one weighed in with what she pronounced as an inviolable rule, "Never start with the weather," which gave me, of course, the first sentence of this story.

Never start with the weather.

But what if the weather is the whole story?  Solar weather to start with, but also the weather as I write this?  Wind rattles the windows.  It whistles, moans and whispers like sheets sliding on sand.  Rain taps its fingernails against the glass.  Electricity went out hours ago.  I find matches in the drawer by the stove, but it takes a while to locate the candles stored in a box with the Christmas decorations behind the suitcases and winter coats.  Good thing the phone has a flashlight built in, as long as its battery holds out.  No phone signal though.  Turning off wifi and Bluetooth to save energy.  It’s funny how useless a building feels without power.  Wind stole the house’s voice.  Family is away visiting back east.  No kids.  No fans.  No refrigerator.  No television.  Although, to tell the truth, I don’t miss continuous disaster coverage.  Magnetic storms.  Coronal mass ejection (a CME).  That’s what they said before the lights went out, but they said the event would be just a few hours, and it shouldn’t affect cars!  I don’t think the authorities know what’s going on.

Drama is in action, they say.  So my actions stretch to two days and then to three.  I chop down the maple tree in the backyard for the wood stove.  Have to clean out the flue.  Haven’t put wood in that stove for fifteen years.  It’s a gas-heated home, but the gas isn’t flowing either.  Dropped below freezing last night.  Shut the upstairs doors and placed rolled up towels to block cold air.  No radio.  Car still won’t start.  Neighbors are testy.  I’m not going to show my emergency supplies in the basement to anyone. I certainly won’t tell them about the bagged rice and cases of canned goods.  Let them laugh at my survivalist habits now!  Ride my bike a few miles through the neighborhoods.  People stay inside.  It’s a suburban ghost town, except for the inner-city refugees.  People who live in apartments and condos aren’t survivalists I guess.  When the food from their cupboards go, they’re done.  Supermarkets near downtown must have emptied in a day.  Now they’re on the move.

Only one coincidence per story, and it can’t resolve the conflict.

That’s easy to say for writing fiction, but coincidences happen all the time.  Everything is a coincidence, if you think about it.  So, what if there was a CME at the same time as an enemy EMP?  The magnetic effects caused by the squashing of Earth’s magnetic field would run a charge through electrical lines, frying transformers and anything plugged into a wall socket, while the EMP would knock out everything  else that’s electrical, like cell phones and cars.  Are we under an attack?

Or maybe this is the situation: before the electricity went out, when the news warned of a violent sun event, they said that in 1859 a CME hit powerful enough to knock out their highest tech device, the telegraph service.  The current built up in lines shocked operators, and sparks lit papers on fire.  But the sun kicks out CMEs all the time.  Most miss the Earth.  The news said that if you imagined the sun as the size of a basketball in the middle of a football field, the Earth would be about 1/40th of an inch and orbiting in the outside lane of the track around the field.  We’re a really small target, even though the CME expands from the sun like a shotgun blast.

So the coincidences are these: the CME might have been way more powerful than the 1859 event, and the Earth just happened to be directly in its path, and now we have technology that is particularly vulnerable.

If the event is more powerful, it is also faster.  The plasma could have reached the Earth in twelve hours.  Figure a couple of hours for scientists to recognize what is happening on the sun.  Another couple for world leaders to decide what to do, and now you have to hope that they get the power grid off line and protect fragile systems in time.  Do you believe they would respond that quickly and make the right moves?

Or maybe these are the end times.  I’ve never seen the aurora borealis in Denver, but tonight it is bright enough between the clouds to read a book.  Weird green and purple lights cascading behind the storm.

I am the story’s voice, though.  That’s what history lacks, the character, and I’m recording this, me, not to tell you of America’s fate, or the Earth, for all I know, but of mine.  My name is Jim.  I write science fiction and fantasy.  Sometimes end of the world stories.  When I was little, I loved apocalypses, especially empty-Earth ones where the buildings stood, but the people were gone.  Imagine being ten and locked in a mall.  You run through the hallways or ride a skateboard you took from the sporting goods store.  You load your tray with anything from the food court.  You sleep in the furniture store.  You’re ten, and the empty mall is your playground.  I imagined nice, hygienic apocalypses that weren’t populated with starving people who tear away at the boards over my windows and doors.

But my appearance?  The advice is right.  Does it matter to picture me, sixty-one years old, medium build, grey hair, wire-rimmed glasses.  Maybe it would be more helpful if I tell you a few days before the lights died I sat in the gym watching the college kids play pickup basketball.  They reminded me of my playing days.  The young men ran fast, jumped high.  Passes blasted crisp and hard, and they never tired.  If I joined them, the first layup would strain my back.  I’d twist an ankle.  I don’t have that easy wrist flip that sends the ball arcing toward the basket.  I can’t play with them.

And now, those same fast, strong, violent men want into my house.  Whatever fantasies I’ve had about holding my own in a fight are a joke.  Even the baseball bat I clutch won’t stop them if they get in.  I huddle in the dark behind my barricades, and shout threats.  I hope they find an easier house to break into.  The only description you need of me is that I’m helpless.

Tie the ending to the beginning.

Which end?  The one where the boards are torn away and I’m beaten to death for hoarding?  Or a different one where the military trucks rumble down the street with emergency supplies before the fierce men burst through?  Or the one where the lights flicker and turn on a day after they failed?  Or the end where the refrigerator hums to life before the ice cream has really begun to melt?

I’m in present tense.  I don’t know the end.  It’s raining hard, and I’m alone while in the breaks between the clouds the sky bleeds purple and green.  I’ll go to the basement to look for candles soon. They’re stored them with the Christmas village and the glittery wreath and the ribbons and bows.