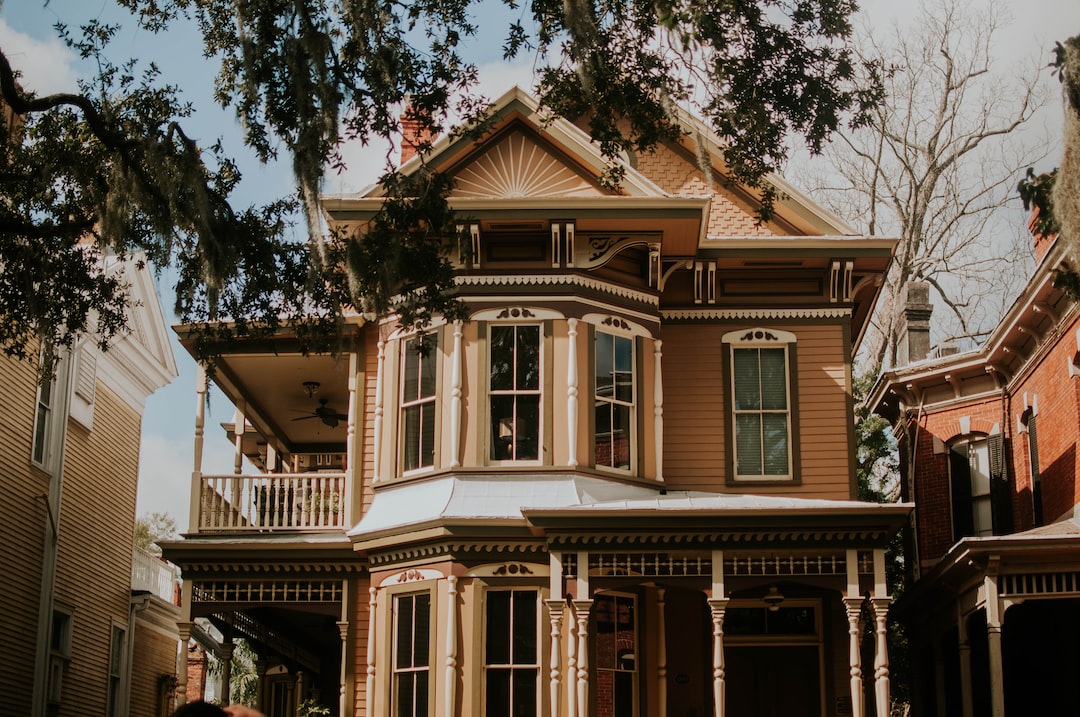 Photo by Jessica Furtney via Unsplash.

From the author: The world moved on without Gerald while he was hanging out in his old haunt.

The old neighborhood was nearly unrecognizable. Perhaps the pall of Gerald's exile put different colors in his mind. Perhaps the Moon was simply not bright enough to see the truth of the houses and fences, but really, it had been so many years since Gerald had stepped foot out of the house, that he wouldn't have been surprised had the entire neighborhood been in ruins around it.

He turned to look back at the mansion where he had stayed since his childhood. In that house he had been a boy, he had been a man, he had been a father, and then, in that house, he had died. How long had he roamed those halls? How many families had come and gone from those rooms? He had lost track long ago.

Now, after so long, he was out, and the neighborhood was not as he had left it. Was the house across the street new? Or was it just remodeled? The small shack labeled Hawaiian Ice was certainly not there when Gerald was a boy, though even it lay in the bones of a carriage house which had once stood there, and already, the shack looked old and forgotten. When he closed his eyes, he could see the lines of the large house which had stood across the street from his own for so many years. Lines which he had looked upon for many hours, as he stared out of his window as a child, watching the clouds or imagining his future. It was odd to him that something like that would stay with him after all these dead-years, when other things, more important things, like the lines of his wife's face, were long lost to him now, borne away on the wisps of his corporeality.

He was done with the old mansion now, though not of his choice. He would have stayed in that house forever if left to it, and could have if not for Steven.

Gerald had to finally admit: Steven was too much for him. He was too good at what he was doing, a new style of haunting and terror that Gerald could only have ever imagined. Trained through his living life by the most incredible ghost stories. Told with moving pictures, and enhanced with expensive computers, the ghost stories of Steven's day were so gruesome, so advanced, so visceral.

Gerald's ghost stories were told by candlelight in a darkened room, and were only as horrific as a child's imagination. Oh, there had been books of course, but Gerald hadn't read them. He had been more interested in plays and histories. When he had died and found himself haunting, all he knew of being a ghost was wailing, rattling chains, and leaving cryptic messages on the walls which disappeared by the light of day.

Steven, though, had watched so many horrible tales of ghoulish hauntings and possessions... It was too much. It was too much to even think about the terrible things Steven had done in that house in the name of haunting. The deaths, the terror, the gore. It had gotten to the point that Gerald stopped trying to frighten the residents, stopped trying to drive them away, and began attempting to warn them of the danger they were in. Three families driven away, a total of five people dead, two of them children... It was too much. Steven went too far.

There was a scream. Gerald looked back at the house again. It was still going on in there, maybe even another death at Steven's hands, or perhaps it was Koki this time. She seemed to be coming around to Steven's way of haunting lately. After years of haunting jovially and peacefully with Gerald, Koki was starting to take queues from Steven's way of things. Perhaps she finally killed someone, maybe the Shaman who had just ejected Gerald from the house while trying to rid it of its malevolent presences, maybe the man who owns the house now, maybe the child who was still hiding under the stairs.

Bright lights flickered through the windows of the third floor and attic, changing from a bright electric blue, slowly, to crimson, then dwindling. So ostentatious, so flashy. That's not how it's done at all. Haunting must be a subtle thing, it must leave the target unknowing, unsure of their fate and of the nature of their turmoil. If the person knows they're being haunted, then they're not being haunted anymore, they're just being attacked. At least, that's how Gerald had always thought of it.

It wasn't his problem anymore now, though. He couldn't go back into that house. He had tried, and something blocked him, just as surely has he had been blocked in for all those years.

The front door of the house slammed open, and the Shaman who had so deftly struck Gerald from his home only a few minutes ago came stumbling through it, barreling across the front lawn. He had none of his equipment with him. The bags of sensors and powders and hexes he had brought into the house were all left behind in his rush. The pudgy mystic fell once, but managed to tear open the door to his automobile, and leap inside. In a matter of moments, he was gone, tearing down the street; a man outrunning the end of the world.

From the house came a peal of harsh laughter. It was Koki. Gerald frowned and turned away once more. Perhaps he could step into one of the other houses in the neighborhood and haunt there instead. He looked around for a house with some meaning to him. The house he had broken the windows out of with rocks when he was 7, the house in which he had first kissed a girl when he was 15, the house he had fallen through the roof of when he was 23, the house into which he had chased that burglar when he was 28, the house where he had often gone to nice parties through his thirties, all of them were gone or changed. They were different shapes, different colors, and the spaces inside had likely changed just as much if not more.

This was not Gerald's neighborhood anymore. The emotional spaces he had once inhabited were gone forever. For the first time since his death, Gerald found himself wishing to move on, hoping that soon he could be gone from this place, and as the first rays of the morning sunlight struck him, there in the street outside his childhood home, he vanished.

This story originally appeared in The First Line.