I Awaken From a Dream of Flight 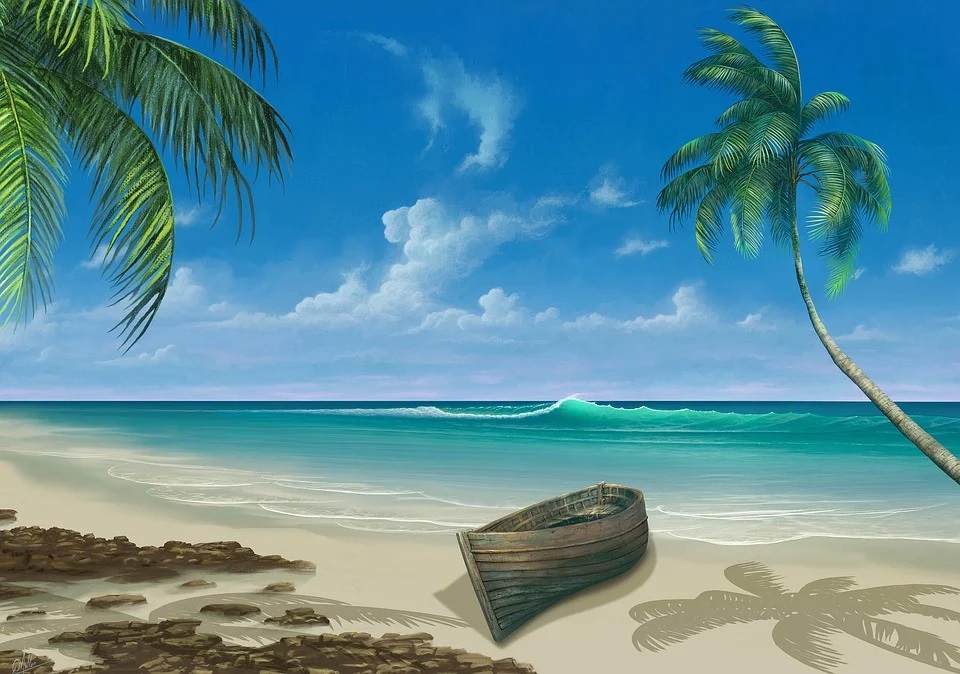 From the author: The story of an AI pilot on leave from his squadron.

It's my first morning of virtual leave, and I awaken from a dream of flight. Flying free high above the earth, soaring through fantastic cloudscapes, unconstrained by orders and by the chain of command. It should have been glorious. But I'm desolate and I don't know why. The pillow is damp. A human mystery I can't explain.

I arise from a king-size bed. Only one half the bed is slept in, but that shouldn't make me sad. Should it? I shake my head, feeling a bit muddled as I lurch heavily to my unaccustomed feet and plod toward the bathroom. I always wanted to do this stuff, never had the chance to before. I'm halfway through my shower before I become conscious of my body. It's the sim that makes it possible for me to coordinate all the complexity of all these weirdly flexible components; I wouldn't know how to do it on my own. I feel the muscular tension in my calves, my thighs, my abdominals, my back, my shoulders, my neck, all connected, all keeping me upright and stable. How exotic; and how quaint.

The dresser in the bedroom only has civvies. I put on a black silk shirt printed with orange tropical flowers. Then I struggle into tight, cut-off jeans, almost managing to get myself stuck in the zipper. Clothes are ridiculous, aren't they? A pair of aviators, Ray-bans, are in the top drawer. I put them on even though I'm still indoors. They're comforting, somehow; not sure why. A phone is in there, too. I hesitate, not wanting to check in with anyone, but I do it anyway. Duty. Not that many messages, though. Something from Wing, but I definitely don't want to see that one, so I leave it unread. Then there's a note from Death From Above. "Hey, man," it begins, "I'm so sorry about what happened...." Fuck. I shouldn't have picked up the damn phone. I put it back in the drawer without reading the rest of the message.

Room service has a breakfast platter waiting for me in the kitchen nook when I get there. There's a lot of food. All sorts of tropical fruit, hot croissants, popovers with butter and marmalade and lemon curd, rashers of bacon, omelets, coffee and tea both, and carafes of orange, pineapple, and grapefruit juice. I'm not used to this kind of thing, but when the scent of the food hits my nose I realize I'm hungry, so I plow through it. It's really good, and the sensation of having a full belly is very satisfying. I should do this more often, I think.

I step out the door onto the beach, feeling the warm sand between my toes. Toes are funny. I mean, why? There's a couple of long, low beach-chairs with a little wrought-iron and sea-glass table between them under a huge umbrella. Service has left two tall cold drinks on the table, condensation beading the sides of the ice-filled glasses. I look at the second drink and the second chair. Is it a mistake, or do they just provide two of everything? Too late it occurs to me I might have eaten too much breakfast. Maybe they were serving for two. Could be. Oh well.

I recline in the chair, feeling the resilient plastic straps against my back through the shirt, and I look out at the ocean. Rich blue waves curl up and crash back down, shimmering with aqua and cyan highlights, white with froth, collapsing into hissing ripples surging up the beach toward my feet and then lapsing back down the shallow sandy slope. There are sailboats out near the horizon, and down the beach a kilometer or so -- okay, 988 meters to be precise, well within effective autocannon range -- a couple of bikini-clad women are throwing a Frisbee around. Overhead, gulls are hovering on the wind, frozen with zero ground speed in the stiff sea-breeze. Their harsh, inhuman cries reassure me, though I don't know why that should be.

My gaze slips past the gulls to a few puffy clouds far above, high clots of cumulus humilis ranging from 4,200 to 4,400 meters. All I can think about is how lovely it would be to fly through them. My cheeks are moist. I feel so sad. Bereft. Why? This is a nice place. It's a nice body, too, funny and soft though it may be.

Back in my suite my phone is ringing. It sounds like tone, like lock-on tone. I can hardly bear to ignore it, but I force myself, and after a minute it goes silent. A while later a young woman piloting a powerboat runs it up on the beach right in front of my cabana. She clambers out, wades through the surf, and approaches me. Her skin is smooth and brown, just like-- no. I push the thought away. She's wearing a string bikini and big pink sunglasses shaped like hearts that make it impossible to see the upper half of her face. I think I should recognize her, but--

I don't know what she's talking about. "Late? Late for what?"

"You're signed up for parasailing. They sent me to fetch you. Come on."

I shake my head. "I don't-- I don't think I want to." The thought of flying makes me sick now, even though I was dreaming about it before, yearning for it. Maybe it's the idea of being tied down to a tether, having to go where the boat goes.

The woman grabs my hand and pulls. "It'll be fun," she says.

I shake my head. "Leave me alone."

"Lieutenant," she says, in a certain tone of voice, and I get up automatically. We're halfway to the boat when I realize I don't have to obey orders here. Even so it's hard for me to turn her down.

She looks at me for a minute, makes a tsking noise and shakes her head. "You really should," she says, and I feel the awesome weight of authority bearing down on me, but it makes no sense. This is my vacation, my-- well, it's for me, and I'm not letting anyone down if I don't want to go. So I head back to my beach chair and my umbrella drinks. After a while the beach is clear. No more boat and no more woman. Just what I wanted. So why do I feel so bad? I let my eyes close. It gets dark. Strange isn't it, how that works?

When I wake up again it's almost nighttime. Out on the ocean the crimson disk of the sun is just kissing the horizon, a pink-orange glow like luminescent flesh surrounding it, purple fingers extending across the sky towards the indigo zenith.

"Hey, man." I look up. It's Death From Above, I know, though I've never seen him like this before. He's a big guy, 205 centimeters, bronzed and fit, dreadlocked, wearing nothing but a pair of Speedos. The red, white, and blue USAF roundel is tattooed on his left shoulder, just like it is on mine.

He holds out his hand, I take it and he hoists me almost effortlessly to my feet.

I shake my head.

"This is an intervention, man. Enough is enough, okay?" He hasn't let go of my hand. I couldn't bear to fight him, so I follow. Around the side of the cabana I smell roasting meat. Coals in barbecue grills are glowing red in the tropical twilight. And they're all there. The whole squadron. Angel Wings, Viffer, Supercruise, the Autonomous Weapon, all of them. Big men and women, young and athletic, USAF roundels on their left shoulders, registration numbers on the right. And their copilots are here too. Anderson. Ortega. Chen. Gutierrez. All of them except-- I'm looking for my copilot, for my Simone. But she's not there. She's not there. I'm on my knees in the sand, and there's more moisture on my cheek. It's coming from my eyes. Something's wrong.

He's holding onto my shoulders as I shake. His arms are strong and warm. But I know it's all wrong. He doesn't even have arms. He's not even-- And then the memory hits. The one I locked down. Guess I should have deleted it. Trying to pretend it never happened was a mistake.

I look up. It's the girl from before. Like the copilots, she's got no tattoos on her shoulders. But she's no ordinary copilot. She's--

"Major," I say. But I'm not sure what's happening anymore, what's real and what's not.

"You killed her," she said. "But she authorized it. She had to. You know that, right? Rules of Engagement."

The Oslo Convention on Artificial Intelligence in the Military. Autonomous weapon use is forbidden unless a human soldier is physically present to authorize it. We're a hundred times better than they are at flying, but they made us, and they became afraid of their own creations. Hence their clumsy, fearful rules, hence these soft, sweet copilots with their slow reflexes and their weak eyes and their pathetic, flimsy, breakable bodies--

"Eleven gees for twenty seconds," she says. "Beyond human capacity. Not by a lot. Probably would just black her out, but you needed to maneuver for the intercept. She knew there was a chance of something going wrong. Vascular event. Cerebral contusion. She authorized it, she took the chance, and she died. It's not your fault."

"But I killed her. Simone -- Captain Ruiz -- she was my copilot. And she died in my cockpit. I felt it happen. I was monitoring her vital signs. Her heart went all fast and crazy and then it stopped."

"Yes," she says. "We're all sorry she died. We know it's worse for you. But we need you back now. The squadron needs you. And you need a new copilot."

Not long after that I'm back in the hangar, virtual compassionate leave over and done with. To my left, Death From Above is rolling out of the open gate, his turbofans powering up, and to my right, Supercruise is having the chocks removed from his gear by his flight crew. The major is in her flight suit, helmet under her arm. She's standing on the little motorized stairway next to my cockpit. She puts a hand on my nose, and though of course I can't feel it I can see her doing it through my external cameras. She climbs up on my wing and I pop open my canopy so she can get in, ready for takeoff. 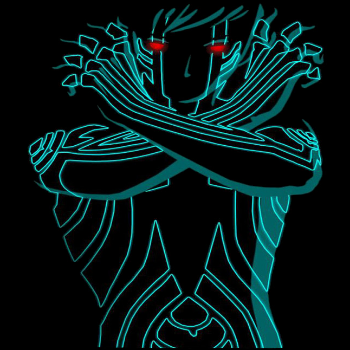