Jakob made this story available for free. Say thanks by sending them a tip.    Send Tip

The man appeared out of nowhere in Rebecca William's twelve-room Manhattan apartment. One moment her only company was her Monets and the Academy Awards on the mantelpiece, the next a man of about twenty-five with a pasty white complexion stood by her coffee table, dressed in a wrinkled lab coat. He looked somewhat familiar.

"My name is Donald Janson," he announced. "I am here to marry you so we can be the happiest couple in the multiverse."

As the world's most successful actress, Rebecca was used to stalkers. However, she also held a Ph.D. in astrophysics. Her physicist's curiosity won out, though she remained ready to call for Patrick, her bodyguard.

"I didn't think any of the multiverse theories had been confirmed," she said.

"They have now," Donald said. "But stop changing the subject and marry me."

She put on her best icy stare, the one she was famous for on the big screen. "Any particular reason why I should accept your proposal?"

He pulled up his sleeve to show her a device with rows of dials and buttons. "I invented multiverse travel specifically to find you. And since multiverse theory says that anything can happen, it's inevitable that you marry me in at least one universe. I propose that you do it here."

The thought that somewhere a copy of her would marry this man sent a chill down her back.

"So, have you come to see me in every universe?" she asked. "To find the me who's exactly right for you?"

"Why bother, darling?" Donald said. "In some universes your acting career doesn't take off, so you just mope around and drink too much vodka between waitressing and failed auditions."

"And did you offer any encouragement to me in those universes?" she asked.

"Trust me, telling you to lose forty pounds and quit the booze has made you club me on the head several times. Last time I needed nine stitches in a world that had no anaesthetics. Now I just look in the places where you're hot."

"Can we agree that somewhere in the multiverse there is a world where an astronaut hits a golf ball into deep space?" she asked.

"It's likely to happen sooner or later in any universe where spacefaring humans evolve. And golf is ubiquitous, of course."

"And we agree that in at least one universe, this golf ball will be struck back to Earth by an alien, so that the astronaut and alien accidentally invent interstellar tennis?"

"Donald, I want you to propose to me in that multiverse and never return to this one."

He put up a bereaved face. From the coffee table he picked up the Time Magazine celebrating the 75th anniversary of Hitler and Stalin's joint Nobel Peace Prize.

"You already told me to go here, and this was incredibly hard to find! Why won't you just marry me already?"

When her bodyguard entered, Rebecca was struck by the similarity between the two men. They were the same height and had the same hawkish noses. But where Donald was thin and pasty, Patrick had the body of a particularly fit demi-god.

"I remember you," Patrick said. "I've worked my entire life to eradicate you."

Patrick advanced on him, and though the two men were exactly the same height, Donald backed away.

"I've worked out every day since Polly Trump called me a skinny physics jerk in high school," Patrick said. "All so I wouldn't look like you, or act like you, or... be you. I even changed my name. Donald Janson has no place in this universe, and you'll never take Rebecca away from me. Never!"

Patrick drew his fist back.

"Wait, stop," Rebecca said. "Patrick. You've changed Donald here. Maybe we can do it in the other worlds too. Donald, you said, 'I want us to be the happiest couple in the multiverse.' But why shouldn't we be the happiest couples? The three of us could go to all the different universes and hook our other selves up with each other. Patrick can send all the Donalds to the gyms and I'll get the failed Rebeccas to attend a decent physics course."

"And a solid round of therapy to get rid of that misogyny," Rebecca added. "It'll be a lifetime study for you, of course, but I'm sure your genius will prevail. Somewhere, one of me will marry one of you some twenty years from now. So what do you say?"

Donald gaped for a second before panic welled up in his face. "I'll take my chances with the drunken wannabes." He pressed a button on his device and disappeared.

Rebecca turned to Patrick and felt blood rush to her face."Physics?"

"I still study string theory on the training bike."

She put a hand on his chest. "Then you might help me discover multiverse travel?"

He slipped a hand around her waist. "It'd be a study of endless pleasure."

When they kissed, nothing in the multiverse could have felt more right.

Jakob made this story available for free. Say thanks by sending them a tip.    Send Tip 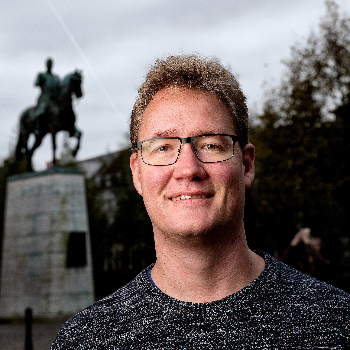