Dirt and Destiny: A Regency Tale 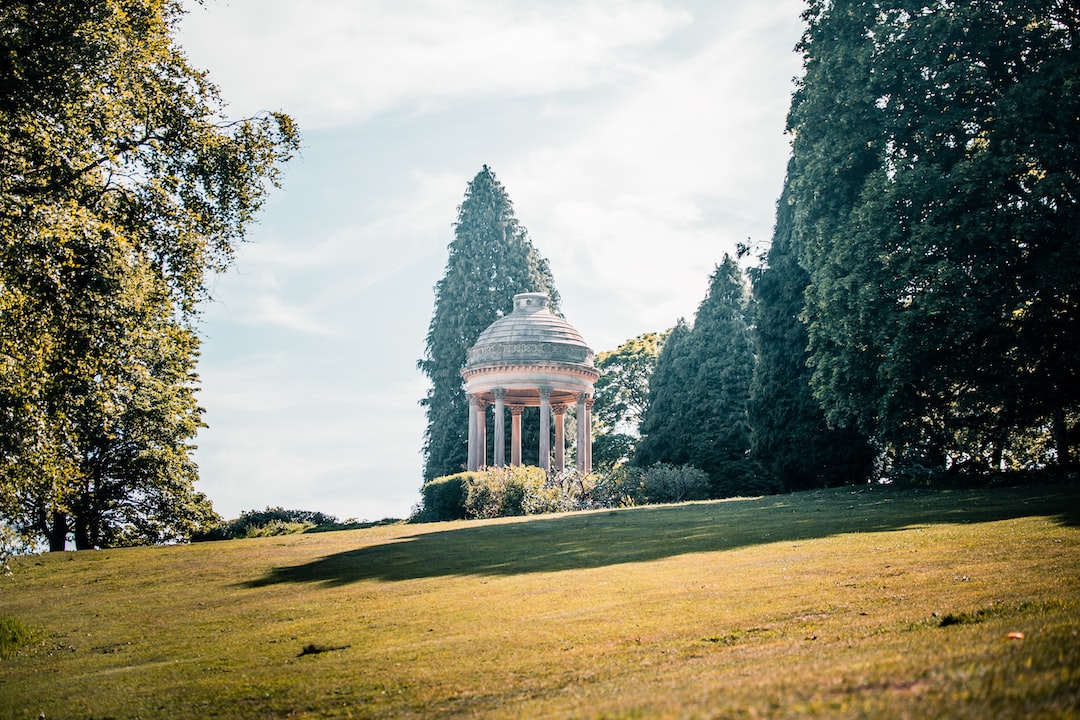 Photo by Lison Zhao via Unsplash.

Lydia always knew her destiny was to marry a gentleman of fine breeding (or at least a large estate), but sometimes plans change when one’s brother is a genius inventor prone to leaving dimension-altering experiments lying about.

Carrie Vaughn is the author of several New York Times bestselling fantasy and young adult novels and over 80 short stories. Her latest work includes the post-apocalyptic murder mystery, BANNERLESS, winner of the Philip K. Dick Award, and its sequel, THE WILD DEAD.

After the briefest of searches, Lydia Blythe-Jones-Forrester made the discovery that her brother Reginald had once again been conducting occult experiments in the gazebo behind the hedge maze.

It wasn't that Reginald was evil, or even particularly mischievous. Rather, he was one of those bright young men who, despite possessing an intellect bordering on the level of genius, was constantly forgetting where he set his spectacles. Or that someone other than his own self might chance through the gazebo during the course of one of his habitual experiments.

So, let us state from the first that Reginald did not intend for what subsequently befell Lydia to actually happen. Nevertheless. . .

Lydia Blythe-Jones-Forrester had been sent by her mother to fetch Reginald in for tea—as usual, Reginald had lost complete track of time. So, blue chintz skirt lifted off the grass in dainty hands, she crossed the lawn in a lady-like glide, calling all the while for her absent-minded brother.

The gazebo didn't look any different. Therefore Lydia thought nothing of climbing the steps to the whitewashed structure, hoping for a better view of the grounds and possibly of Reginald.

Her layers of skirts and petticoats obscured her view of the arcane figures drawn in charcoal on the floor of the gazebo. She did, however, see the four giant crystals placed strategically around the railing at the four cardinal points of the compass.

"Hm. I wonder what these are," she said, lifting the crystal at the north point.

"Lydia, for God's sake, don't touch—" were the last words, cried out in Reginald's reedy voice, that Lydia heard in her world.

The transformation came so quickly, Lydia was not confident of what precisely had occurred. She stood in the gazebo. She blinked. Then she stood in a cold round chamber, with torches blazing in sconces spaced evenly around granite walls. Shadows flickered eerily on the grey stone, and Lydia turned, one way and the other, convinced that something was moving just at the edges of her vision. She found that she was in the center of a ring of men, a dozen or so who stood around the chamber. Except for one man dressed in a red cloak marked with black figures of the designs Lydia might have, had she been sufficiently attentive, noticed on the floor of the gazebo, they were all dressed in leather jerkins and breeches, with great thick boots, rough wool cloaks, helms studded with steel, and swords, daggers, bows, and arrows. They all had beards and woefully unkempt hair.

Lydia observed at once that these were not gentlemen of fine manners.

"This is the Promised One? The one of destiny who will save us from the Argot Horde?" The man who spoke carried an iron-tipped spear and scowled at Lydia as though she were a portrait of some unpleasant visage—which, with her golden tresses and ivory skin, she very well knew she was not.

"I beg your pardon, sir!" She clapped a modest hand over her breast.

The man with the spear looked at the one in the red cloak. "Igard, what is the meaning of this?"

Igard shrugged. "This is wild magic, my Lord King. I cannot presume to explain it. I cast a spell to seek the Promised One. And, well—" He gestured vaguely in Lydia's direction.

"The Horde is at the gate!" he—he didn't look much like a king, in Lydia's opinion—said.

Indeed, Lydia heard a crash, like the splintering of a great slab of wood, then war-cries that echoed through the stone halls of the place where she now stood.

Igard was grey-bearded and wizened. He appeared at least slightly more knowledgeable than the others, so Lydia dropped him a polite curtsy and asked, "Sir, might I inquire as to what you have done with the gazebo and grounds of Penley Manor? You see, I was searching for my brother Reginald, and—"

"My lord Eric!" A man dressed in the same heathen manner dashed through the doorway and stumbled to halt before the king. "The Horde has breached the inner defenses!"

King Eric gripped his spear and held it ready. "The time has come, then. Here we make our stand. We will defend the Crystal Scepter to the last man."

Lydia followed his intense gaze to where an artifact lay on a pedestal. Skillfully faceted, the staff-like item caught the firelight and multiplied it until it seemed to glow with its own power.

The Horde came through the doorway.

If the truth be known, Lydia did not think the men of the Argot Horde very much different from King Eric and his men. They wore leather and wielded swords. Boorish, the lot of them.

They were obviously preparing for a tremendously noisy encounter—swords were drawn, arrows notched, curses hurled like stones—when Lydia decided that she had had quite enough of her questions being ignored.

She marched—skirts swishing and quite unlady-like—to the pedestal and took hold of the Crystal Scepter.

"If you all don't stop this nonsense right now, I'll drop this on the floor! It will most likely shatter, wouldn't you agree?"

Her voice could carry quite far when she put some force behind it.

There she stood, holding aloft the enchanted Crystal Scepter and glaring at the entire company. The Scepter was quite heavy, causing her arm to tremble a bit, but that only served to make the Scepter shimmer most impressively as the firelight played on its surface. Everyone stopped and stared. King Eric, Lydia noted with some pleasure, had a look of panic in his eyes.

It was Igard who stepped forward and pointed. "You see? Only the Promised One may bear the Crystal Scepter!"

Hearing this, Eric approached carefully. Beside him, Lord Argot of the Argot Horde, resplendent in his buffalo horn helmet, looked on, amazed.

"It's true. The Promised One has come!" Eric said.

Lydia almost dropped the scepter. But she was too much a lady to handle so highly prized an artifact in such an uncouth fashion.

"You are the answer to our call," Igard said to her. "It is your destiny to make peace between the Argot Horde and King Eric's Realm, to end the conflict which has raged for a generation!"

Lydia had thought until then that her destiny was to marry a fine gentleman of breeding, if not of the peerage then with good estate and at least twenty thousand a year.

"Command us, Promised One." Igard bowed before Lydia.

Her instinct was to curtsy, but the weighty scepter would have off-balanced her irrevocably. She thought it best simply to nod in a manner that suggested confidence.

"What is necessary to make peace for our people, Promised One?" Eric said. He bowed as well. When he wasn't blustering, he did have quite a noble air about him. Lydia imagined: trim his hair, shave the beard, give him a clean, properly tailored suit. . .

"What you need," she said, somewhat taken with her new role, "are manners. And a good cup of tea."

"Yes. Matters never look so wretched once you've had tea and crumpets. Then we might all sit and discuss affairs like reasonably civilized creatures."

Eric looked uncertain, but the Crystal Scepter caught the light and blazed in Lydia's eyes for just a moment. He thought, then, that she might be an attractive woman, a beautiful woman, if she let her hair down, unfastened the laces of that frumpy dress. . .

"Tea! Bring tea!" he called, and sat with the Argot Horde to parley.

And that was how the Promised One, Lydia Blythe-Jones-Forrester of North Hampton, brought peace to King Eric's Realm and the Argot Horde. 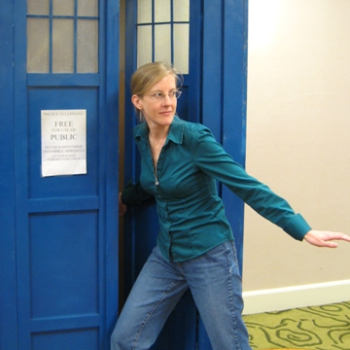