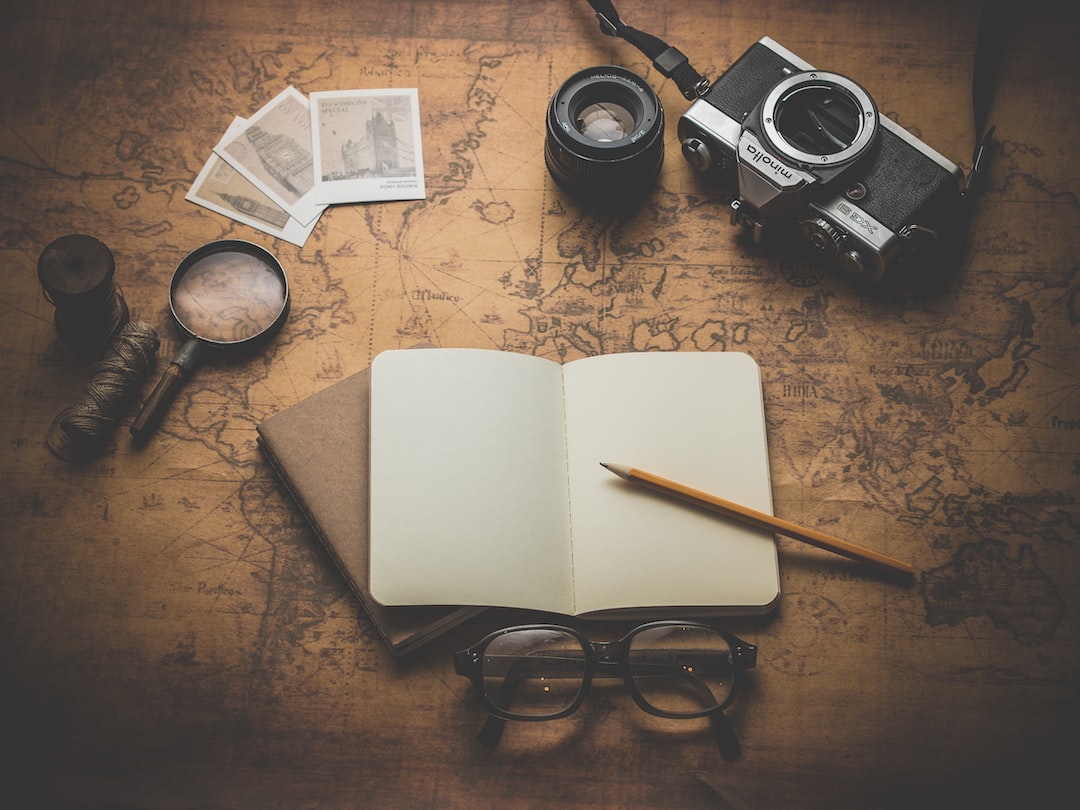 Photo by Dariusz Sankowski via Unsplash.

From the author: It's 1949 and Agnes has come to Swanwick to document the unicorn migration, a once-in-a-century occurence. But can she face it without her paranaturalist husband Hedley, lost in the War? This story was originally commissioned in memory of Katy Clarke, former vice-chariman of Swanwick Writers' Summer School.

It begins with a gap between things.  A scarce-felt tearing in the fabric of the cosmos.  To the layman, this might seem like little more than a change in the light or a feeling of déja vu.  But once one becomes accustomed to such events, one learns to detect them, almost by instinct, and even to predict them, as one might predict an oncoming storm.  For the paranaturalist, there is no greater pleasure than being present at these moments.  The seam of reality slowly unpicks itself.  You feel a tremor in the electro-magnetic field.  And then, they come…

I close Hedley’s notebook, swallowing the lump in my throat.  Five years on, and I can still hear his voice in those words.  Purring like a great cat beside me in our two-man tent.  Flank to flank, the warmth of him.  Both of us watching through the circles of our binoculars.  Observing, recording, measuring, counting.

“Nothing like the thrill of the chase, Lambie,” he’d always say.  And smile in that crooked way that made two wrinkles appear at the side of his mouth.

The tent feels enormous without him.

I pitched it where we always said we would.  By the lake, half hidden under the trees.  Sunset was beautiful, but I can already feel the slight tug of autumn on the late days of summer.  Clear skies.  Perfect conditions.  The moorhens are fussing as they settle down among the reeds.  A rabbit bumps around the back of the tent, bumps away again.

I’m waiting for them to come back.

The Swanwick unicorn migration was first recorded by the monks of Beauchief Abbey in 1349.  A surviving manuscript describes: a grete herd of unicornes in the starres upon St Lawrence Day.  It also features in the diaries of Selina Wright of Butterley, whose entry for 12th August 1849 speaks of: the night of the Perseid meteors.  The heavens opened, and unicorns galloped forth, so their hooves seemed to touch the very earth.  I was never in my life so transported.

Unicorns were Hedley’s passion long before that ghastly dinner dance threw us together.  I remember summers at my aunt’s, sitting on the verandah, hours after the others had gone to bed.  His tales of student nights on the rooftops of St Andrew’s, where a single unicorn came to graze in the quadrangle by moonlight.  Childhood days spent roaming the moors, listening for the thunder of hooves.

We did everything together from the start.  Pitching camp soon fell into a natural rhythm.  Square lashing, collecting firewood, digging a latrine.  Hedley could always pick the best terrain.  I became expert at bribing guides.

The world has changed since the War.  So many new countries, new borders, new governments.  Boundaries dividing brother from brother.  But in those first years, the Empire was open to us.  We went everywhere: Rhodesia, Egypt, Malaya, Bengal.  Our book was to be called: Unicorns of the World and their Habitats.  The most comprehensive study of unicorns undertaken in modern times.  Together, we had observed the Alpine unicorn with its goatlike features, the lithe Oriental Kirin, the Hispanic unicorn with wings on its feet, and the stocky but swift Steppes variety.  Our field journals became full to bursting with sketches, photographs, data, maps.

“What did I tell you?”  Hedley would squeeze my shoulder in that boyish way of his.  “Wait until the Natural History Museum see all this.  There could be a Nobel Prize in it!”  He would wink, with that crinkle-mouthed smile.  “Couldn't do it without you, Lambie.”

Lambie.  No one had called me that but Hedley.  A play on my Christian name.  Agnes.  The pure.  The innocent.

“Unicorns can’t resist a pure damsel.  You do know that’s why I married you?”

I would hit him on the head with the billy can.  Gently, of course.  We both knew the unicorn-and-maiden thing was an old wive’s tale, but the joke never seemed to get old.  He relied on me.  Always had.  We were a team, striving equally towards the same goal.

I don’t know if I can do this without him.

He was called up in November 1939.  They sent for me three months later.  Top secret.  Mother kept insisting to the last that they’d made a mistake, that married women didn't get called up.  I couldn’t tell her what I was doing.  Punching holes and splicing tapes most of the time.  And listening.  Watching, observing, looking for patterns.  They needed girls with languages and a good brain.  The others were single, giggling and gossiping in the lodging house at night, fantasising about GIs.  I missed the wide open spaces, warm nights sleeping under the stars.  I missed Hedley.

We met in London, one time on leave.  Walking around Green Park arm-in-arm, trying to pretend it was the Black Forest or the Amazon.  Hedley looked tired; there were black smudges under his eyes.  He couldn't speak of his work either, so we didn't try.  A squirrel skittered past.  The earth smelled of spring, as though it didn't know there was a war on.  Hedley squeezed my arm.

“When all this is over, we’ll do the Swanwick migration.”

We’d talked of this numerous times, those nights in the Wadi and the Chittagong Hills.  Hedley believed the unicorns returned once a century, at the time of the Perseid meteor shower.  If he was correct, the next migration would be in 1949.  Prove this, and he would have a status among paranaturalists akin to that of Sir Edmund Halley, with his comet.

I sighed, and pulled closer to him.

The sky darkens from pink to purple to black.  A frog croaks, splashes.  I can see the Evening Star.  The Plough.  Cassiopeia.  I wriggle my blanket higher up my shoulder, unscrew my thermos.  Patience.  The life of a paranaturalist is one of constant waiting.

Other girls fretted about their sweethearts.  Sent off to France, to Norway, to Burma, to the Sudan.  Places whose wilder regions I could have described in detail.  Dreading the fatal telegram: Missing in Action.  And Hedley was shut up in a basement in London.  Listening, waiting, observing, recording.  I never even thought to worry.  A man cannot die of tedium.  Then one day in ‘44, he went to the shop for some cough sweets.  Never made it to the shelter.  Of all the telegrams I decoded, that was the one I couldn't make sense of.  One of the girls came and took it out of my hand, eventually.  They said I’d been staring for two hours.

I finish the last of the sweet tea, tip the dregs onto the grass.  They never found a body.  For months, I expected him to walk through the door, in thick, woollen knee socks and a khaki shirt.  Binoculars around his neck and a pencil behind his ear.  Come on, Lambie.  We need to set off, if we mean to catch the migration.  Mother wanted me to come back home after the War.  I couldn't.  Not chintz curtains, the smell of beeswax and mutton.  I stayed on with the same landlady for a while.  The War Office sent me Hedley’s old equipment and notebooks.  I’d read and re-read them, deep into the night, by the light of a paraffin lamp.

A herd of migrating unicorns is one of the most magnificent sights in the paranatural kingdom.  No description can do justice to the spectacle of flowing manes, galloping hooves, thrusting horns.  One is witness to antiquity, a sight that was seen before cities, before humanity itself.  One is looking back onto an age of gods and giants.  A time of myth and magic, now long gone, but which - who knows? - may one day return.

The sky is inky black now.  The stars are crystalline, littered across the heavens like diamond dust.  A chill wind shakes the branches, but my blood begins to warm.  A pulse throbs in my ears.  There!  It is beginning!  A single shooting star draws a silver line across the sky.  Then another.  Then another.  I wriggle out of the tent, my binoculars to my eyes.  The heavens are alight with silver trails.  Beneath my hips, there is a thrumming in the earth.  A taste of magic on my tongue.  The meteor trails grow longer, coalescing into a starry road.  The light draws nearer, grows broader, more alive.  From beyond the fields we know, comes the sound of a horse’s whinny.

They are here.  Thundering down the path of light, crossing the lake without making a ripple.  Unicorns.  Hundreds of them.  A sea of backs and manes and thrusting horns.  White, every one, but so much more than white.  Opalescent.  Luminous.  Shimmering silver glass.  Their horns refracting the rainbow like mother-of-pearl.  On and on they gallop, across the lawn, past the sleeping house.  The largest unicorn migration anywhere in the world.  I come out of my tent and stand, my shadow a salute to their retreating backs.

And still they come.  On and on, tossing their manes in the starlight, galloping to who-knows-where?