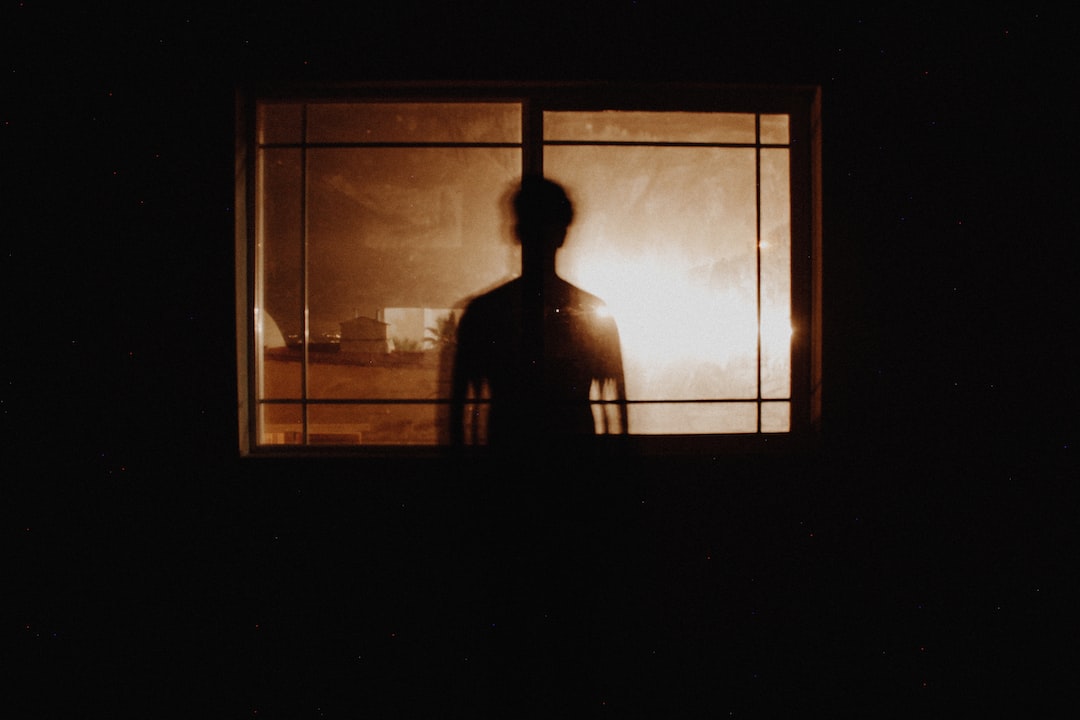 Photo by Isai Ramos via Unsplash.

From the author: A sample of an upcoming collection of ghost stories, to be called A COLD QUICKSILVER SWEAT.

Sorrow is better than laughter, for by the sadness of the countenance the heart is made better.

That's from Ecclesiastes, the only interesting part of either Testament. I'm not sure what it means. I know sorrow, given time, is some damn cold water that soaks through your clothes to the skin and pulls you down below the ice. I can do without it.

She was spared that, Marion was, but she had daily frustrations when she couldn't bring a word to mind. This happened more and more, soon it was too frequent to laugh off. So there were the tests and the bad news. Then I got to watch the woman I'd shared most of my life with slowly lose her mind.

At the same time I became aware of her Shade. Maybe, though probably not, that's the sort of insight they mean in Ecclesiastes. Or maybe I saw it because Marion and I were so close, bound together even, the only true irrational fixation of my life. Singing of birds, voice of the turtle and all that. One step beyond the rational, I saw the Shade.

It was a roughly Marion-shaped thing, curled up in the corner between bookcases. I think at first it was made of just the nouns that would've finished her never-completed sentences. Hardly even there.

But then she lost grasp of the names of friends, forgot what movie she'd just watched. As each fragment of who she was vanished, with every loss of awareness and memory, the Shade gained substance.

One day she couldn't find our own front door. She opened and shut the back door three times, staring bewildered at the patio. Finally she gave up on going shopping. I saw her Shade thicken and come into clearer focus, there in the corner. A new awareness was on its face, even as Marion sat weeping in a cold, terrified fury.

I took care of errands after that. Every time I returned home there was more Shade and less Marion.

No, not every day. There were good days, even days when I deluded myself that the Shade was lessening, hoping that its substance, every name and date and element of mental context purloined from Marion's mind, would flow back to her.

That didn't happen, and every few days carried her past a new milestone of dementia while her Shade came closer to solidity, standing on its feet now, wandering the house. Almost casting its own shadow.

I was not the last part of her past she lost. She held onto a slender thread of her scholarship. She'd brush her fingertips over her notebooks, her photographs, and recite to herself a string of facts and dates. Random-sounding without context, as if her fine body of work, all her books, had been burnt from the top down, just the footnotes surviving.

The day came that I moved Marion into a hospice. I didn't visit her there. She didn't know me. Her Shade remained at home, and seeming more real than the breathing ghost of my wife I'd put away.

They called me when she died, but I knew it already. The Shade made eye contact with me; fidgeted in place; looked ready to speak. I waited. I was ready for anything, I thought, and half-expected a rush of mislaid words, a recital of every faded memory. Perhaps more than anything, I wanted to hear her voice say my name.

Its eyes followed me as I paced. Finally its hands raised, quivering; its face lifted and it looked like Marion the first time we took a drive and she sang along with the radio. Decades in the past, it felt just like yesterday, I heard her voice in my mind, soft, barely lisping each s.

Pain like a flood of icewater filled my chest and I knew Marion was dead. The Shade opened its mouth.

What emerged was nothing a human voice could reproduce. First a dry rattle, ramping up with astonishing rapidity into a flood, a tsuname of noise.

I think it was all the lost words, but all at once, in a sonic mass like a grey clump of magnetized filings. It hammered at my ears, it filled the house with a Niagara roar. Formless, tuneless, hopeless noise, conveying nothing, admitting no response. The opposite of music. A banshee shriek must be an aria compared to what I heard.

I was on my knees, holding my head, weeping, ears ringing even after it stopped. The Shade was gone. Sorrow didn't provide me with any fresh insight to explain what had happened, just an unprovable, half-formed wish.

Maybe all the lost bits of her existence I'd mourned, on her behalf, are not of the essence, and inside her pared-down personhood, the diminished woman dying alone in a hospice room, there remained something immutable.

Neuroscientists say we never lose memories of music. Songs still echo somewhere in there, melodies are strung along our axons and dendrites to the end. The shadow self, then, is a thing without any music in it, and if there's any lasting essence of us, maybe it's expressed in tonalities and instead of a candle flame guttering out there's a burst of song, a fugue or a rhapsody or heartbeat of drums to say we were here. A grace note, at least.

Wishful thinking. At best it means I failed my wife, that I should have been beside her in that depressing place, holding her hand even if she didn't know my name. I could have sung to her. Hummed, anything.

If I had hope, if I could feel whatever that word means, I'd hope that all those sounds and thoughts and memories flowed that day in an ethereal river and found their way back to her.

Whistle when you have to walk through the graveyard. Hold onto that, keep that tune in your head. And the world, it's all graveyard. I didn't see that, at all, I didn't understand something so essential, until it was too late to be of use. I might as well've been some idiot in a, in a monkey's paw, three wishes-type story. There's a specific word I want, that's the hell of it when you know there's a word, and it won't come.

He would know it, I suppose, that word, my Shade would. And perhaps my vanished "hope" is already part of his immaterial structure.

For right now he's barely even a shape, huddled at the foot of the living room drapes. But time is on his side. I'll check every day and compare his solidity to my own. I expect we will each keep an eye on the other.