Colt made this story available for free. Say thanks by sending them a tip.    Send Tip 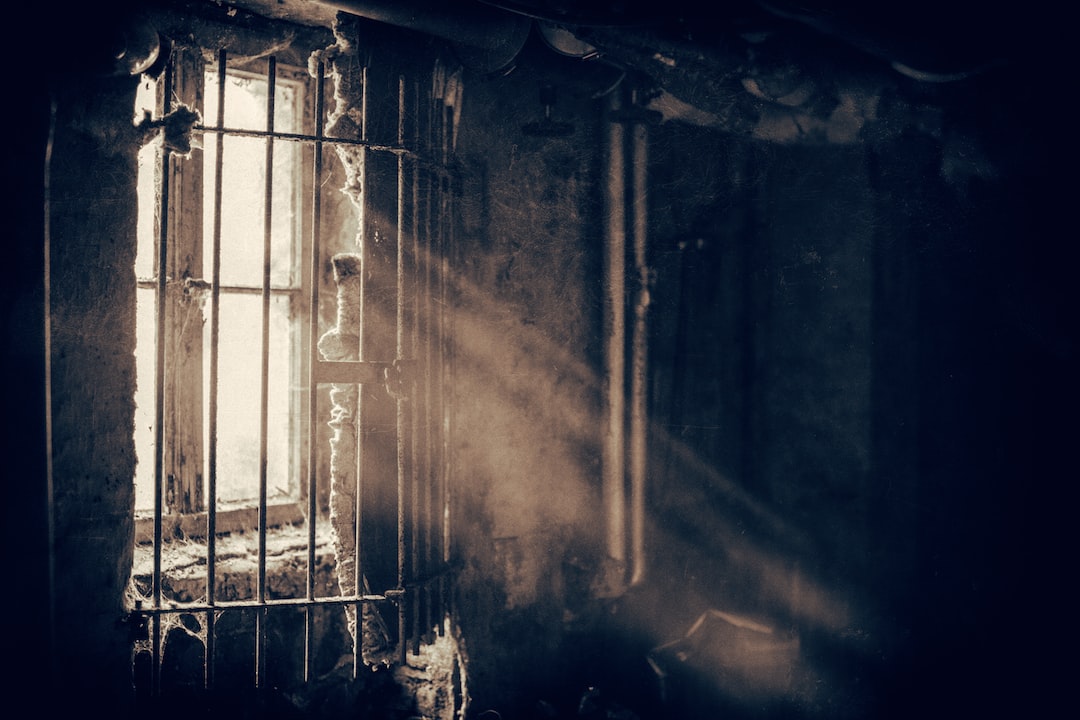 Photo by Denny Müller via Unsplash.

Detective Danny Tenant entered the holding room, a metallic chamber which, for the guilty perpetrator sitting in the corner, must have felt like it was built on the edge of hell. The snowy glow of the full moon in the sky shone through the three barred window.

The Correctional Officer told the inmate that he had a visitor. The large uniformed figure then nodded in Danny’s direction before walking out of sight.

The individual in an orange jumpsuit looked at ease, a little too comfortable for Danny's tastes. He felt like that would change in no time.

The convicted man was named Vincent Scott. Besides his calm demeanor, there was plenty to guess at as being signs of a traumatized depressive. He was thin enough to break without much physical effort, and on top of that his under-eye bags were sagging, his jet black hair unkempt, and he had noticeable stubble growing on his face underneath protruding and sickly veins. Vincent had been malnourished and had clearly lost all interest in self-preservation once he had been put into the system.

Danny folded his arms and looked down at Vincent, proudly feeling like a tower over a pavement ant.

“Vincent,” Danny said, “I’ve heard you don’t eat the meals they give out here. I know prison food isn’t the best, but it has to be better than nothing, right? On top of that, you refuse to go into the yard for the hour of fresh air, according to the warden. Is it because of your pale skin, you’re afraid you’ll be marked out as a skinhead? You do look like a member of the SS, not gonna lie.”

Vincent cleared his throat and looked up at the badge on Danny‘s belt. “Speak for yourself.”

“I know what you did half a decade ago,” the detective said, taking a seat on a stone bench across from him.

“There’s no use in playing me. According to ballistics, the weapon used was a Rock Island Armory tactical grip. Seven bullets were in the victim‘s body. The only reason more wasn’t fired is because the gun jammed at the last second. You would’ve shot that poor innocent person a whole lot more if a mechanical mishap hadn‘t of got in the way. Sure enough, when you were caught hiding on Huntington Boulevard, what did the Officer find when doing a pat-down, besides a shook skinny man who had just killed? A weapon matching the description, only a few city blocks from the scene of the incident the very night that the shooting occurred. We’ve got you, man. Any thought of trying to tell me you’re not guilty should be dying inside of that frail little head of yours, just to spare you the embarrassment and save me an allergic reaction to bullshit. You broke into Samantha Henley’s apartment that night with the intention of killing her. Henley put up a fight, managed to escape her bedroom. You ran after her. You did not wear a mask prior to burglarizing her place. You knew she’d describe your features to the nearest sketch artist, which made you panic even more. When her fast pace of running proved that you could not catch up with her, you shot her. The reason you squeezed the trigger so many times is because you were frustrated at the fact that she did not submit to being slaughtered the way she did in all of your sick fantasies.“

“I’m not looking for a confession,” Danny said. “I didn’t bring a TV crew to document the plight of a purported ‘wrongfully accused man,‘ which is how the media tricks most of you idiots into talking to them. This is not for attention on my part or yours, it’s simple curiosity as an investigator. The file is not complete. What I want is two answers. One is the motive, and the second is an explanation for the weirdest part about what we found at the scene. Henley’s body had plenty of blood splatter, but a lot of it had been licked off of the concrete where she was murdered. All of her bullet wounds also had DNA connected to you, saliva being what incriminated you. At first we thought it was you taking sexual advantage of her after she was dead, but there were no signs indicating that according to the autopsy. Do you recall what I‘m talking about?”

“It was five years ago. What if I don‘t remember?”

“There’s no camera in here,” Danny said. “I can pretty much treat you anyway I want, short of killing you. I’d recommend you start telling me what I want to know.”

“Is that it?” Vincent asked, smiling. “If you want to know why I shot that woman, and you also want to figure out why she was found the way she was, you’re going to have to promise me something a little better.”

“Like what?” Danny asked, immediately regretting giving into the notion that he was willing to bargain for truth within the known admission.

Danny felt ridiculous going down to the prison cafeteria after asking for clearance to do so, heading into the back kitchen where there were freezers, pulling out plastic wrapped beef chuck and thawing it out under hot water. He then slipped gloves on his hands and brought it back to the cell on a paper plate, wondering how he was going to explain this in his report.

When handing it over, Vincent held it with a grasp that could have killed a small animal. Danny thought that Vincent may attempt to throw it at him, a move he was preparing for by making sure his 92 Beretta was within easy reach. Instead, Vincent took a bite out of the raw flesh, slurping at the fluid dripping from it.

When Vincent was finished, he looked up at the detective while wiping his mouth.

“I fulfilled my part of the negotiation and now it‘s your turn,” Danny said, trying to keep his composure despite the fact that he was repulsed enough at what he had just seen to lose what was in his stomach, even after a career of witnessing gruesome spectacles on a daily basis.

“Fair enough. All right, detective. You believe what you see. I believe in non natural facts because I have lived it.”

“I think we can both agree that human goodness borders on what is not usually seen, to the point where it’s a part of reality that most people are not exposed to. Yet I have been through something worse than that. Do you have any addictions, detective? Most cops like their alcohol. Now, imagine living in a world where you couldn’t just go to the nearest grocery store and buy a bottle of liquor. Picture if, in order to sustain your habit, you had to ferment, distill and make every last drop of booze yourself for you and you alone, and if you were caught doing this you would be jailed or sent to the electric chair. It would be harder, wouldn’t it? My habit is the equivalent of that.”

“Fluid in the body,” he continued. “Think about it. It’s what makes us live. It pulsates, it keeps us thriving. Blood. You have it because you have internal restraint. It’s in your body the way skin is on your bones. I lose it on a daily basis and require it from somebody else. There’s the difference between me and the rest of the population.”

Vincent stopped talking for a brief moment, taking in a deep breath before going on further.

“I usually shot people, or used a knife to let them bleed out. Anything that would give me the red water that I needed to survive. Killing was nothing to me; usually it was only the alternative to dying myself. When she was lying in the middle of that road, screaming as I let loose a wave of bullets into her body, I knew that my meal for the day was guaranteed. Since coming here, I have another inmate who supplies me with blood regularly. He did not like it at first, but he does now. Sometimes I will trade goods for blood, and you’d be surprised at how accessible it is in here. Any other questions, detective?”

“You saw my mug shot the night I killed Samantha. I looked like I do now - miserable, but the same. It was the same way I looked when I was on the French ship Orient with Napoleon before it came under fire from five ships. I washed ashore on the sands of the Nile the next day after a night of almost drowning in the water, and it was there I met a beautiful priestess. Her skin was like alabaster, her hair darker than a pool of ink and smooth. Her eyes were as blue as lake’s reflection of a summer sky. She took me into her arms and showed me the ways of her people. She also slit my neck with her fingernail the evening I was invited into her bedchamber, and proceeded to take away everything that was once human about me.”

“How many have there been besides Samantha?”

“The priestess was my first,” he said. “Samantha was my last. I targeted women only. From Alexandria to Marseille, from Reims to Missouri, from New Orleans to LA, there are the scattered remains of my meals buried everywhere.”

“I lived under hundreds of fake names. I can give you them all from memory, you can run them to see how many times I was picked up for petty crimes from 1970 on. You’ll also find that records of these names cease to exist once they were put on the grid. There are no birth or death certificates for any of the names I used as identities.”

Danny asked for them all. Within a minute and a half well over eight dozen names had been named off. He would check the crime computer database the next day to find that Vincent’s story was not false.

“Our time here is done,” Danny said, heading for the hallway.

“Do you have a daughter?”

Colt made this story available for free. Say thanks by sending them a tip.    Send Tip