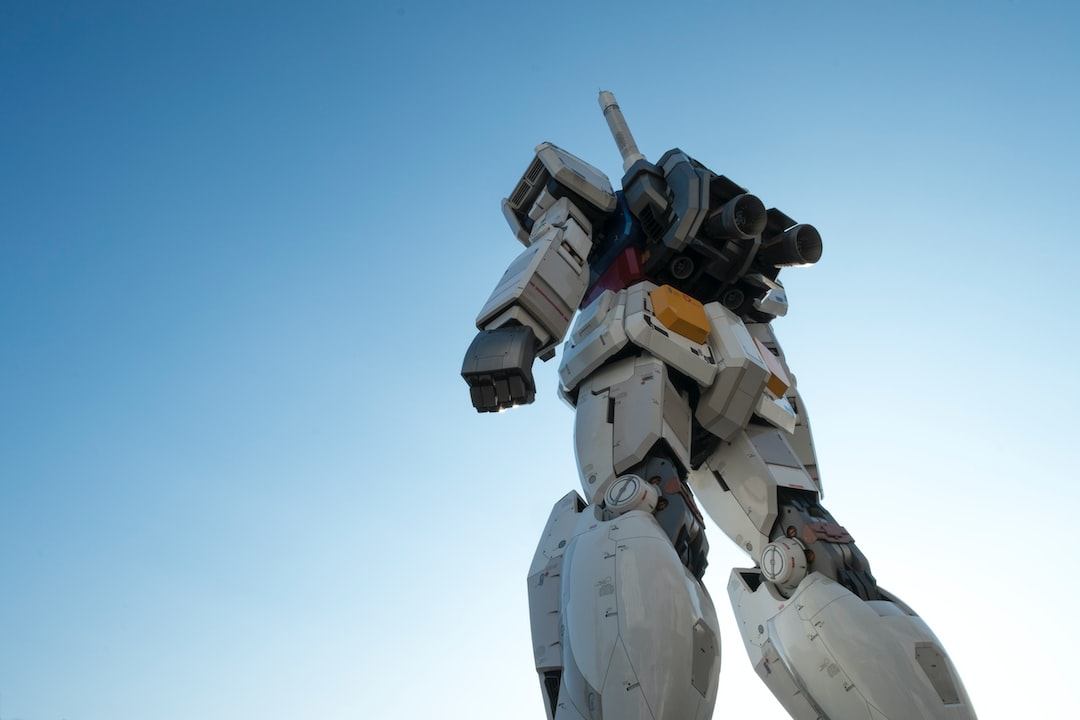 Photo by Pat Krupa via Unsplash.

From the author: This is one of the goofiest stories I've ever written. It's about arena fighting with mecha, but it's also about, well. Relationships.

Honestly, I knew the Skywalker was ridiculous when I created it. (I'd wanted to call it the AT-AT but the Mouse has powerful lawyers. Skywalker, I could just about get away with by claiming it was a pun on skyscraper). Not that it looked like an AT-AT per se, it was bipedal and more humanoid.

But that should give you some idea of the size. It wasn't competition legal, of course. We had a maximum size for tournament mecha for a reason - pilot safety. But as a demonstration piece, it would be fun. Stomp some cars, put it up next to normal mecha.

It was easily fifty feet tall. So, when the Skywalker vanished I thought it was the most ridiculous thing.

Clearly somebody had stolen it, but how? They wouldn't have had time to dismantle it into segments for transportation and even then you needed a military tank transporter for the torso, and another one for the head.

They couldn't have got in it and walked away, either. For one thing, somebody would have seen or heard it. For another, I was the only person who'd actually trained in it so far. It took a bit of a different sense of...perspective and balance than the normal mecha we used in the fights. I designed it, so I worked out how to drive it.

Obviously I was going to teach others, but I'd only just finished programming a simulator to properly match the way it felt.

I was pretty sure anyone, even an experienced mecha pilot, who just got in Skywalker and tried to drive it would fall flat on their face or their ass, which a well-built mecha could easily survive. The pilot might be hurt, though, especially if they didn't strap in properly.

Honestly, if you hear about a mecha pilot being killed, it's almost always because they didn't strap in properly. Or something real freak. But we protect ourselves. The machines, they're supposed to get damaged.

Pilots are supposed to be safe. They keep talking about remote piloting, heck, people have tried it, but the audience likes that feeling that there's a person at risk. Same thing that gets people watching Talladega for the Big One, right?

They hope for a spectacular crash, but they want to see us climb out safe. Nobody's going to admit to wanting an injury. They want to know we have everything under control.

They want to believe we're immortal.

All of that was besides the point. I had to find Skywalker and fast. People take issue with mecha walking down the street, so I grabbed my car and started to hunt.

Sure, I could, and was, using the internet too, but nobody had seen anything.

Somebody might have hacked the surveillance cameras - but, thankfully, nobody's found a way to hack people yet.

Either Skywalker didn't walk off the lot or somebody knew exactly what to bribe anyone who saw it with.

The feeling this was a prank aimed at yours truly was definitely present, but it seemed so elaborate. We prank each other all the time, but it's usually stuff like, oh, sneaking into somebody's cockpit and leaving a plush toy there. You don't do stuff that might get somebody hurt or cost them a match.

The worst one I saw was when somebody painted Kozami's mecha as Hello Kitty overnight the night before a match, and he deserved it. Anyone that macho deserves a dose of pink and frilly and feminine.

The other possibility was that the giant mecha was still somehow on the lot, but short of burying it...it wasn't like they could repaint Skywalker and hide it amongst the 15- and 20-foot tall fighting mecha.

Maybe, I thought as I drew a blank on my hunting, it had been stolen by aliens. Tractor beamed onto a flying saucer.

Would have to be a pretty big flying saucer.

The first clue as to what had actually happened came when I finally tracked down Jonathan. "Tell me you saw something."

"Oh, I saw something, but it wasn't your mecha."

If anyone was stupid enough to drive a mecha into town, it might well be Kosami. "And, where was he going?"

"I don't know. He came back an hour later anyway."

Kosami was the one person who might steal or hide a mecha as a prank. He was still salty about Hello Kitty and he thought I might be one of the ones responsible.

That gave him a motive, but no opportunity. Well, no.

It wasn't opportunity that was the problem. It was means.

I continued my search. Something the size of a small building did not just disappear. Especially not overnight.

I was starting to seriously consider the possibility of aliens again.

But no, the truth was that Skywalker could not have actually left the lot. (Before anyone brings up cloaking paint, that stuff works well with electric vehicles. Mecha make too much noise. It's been tried). It had to be here somewhere.

I just had to work out where that somewhere was.

Patric was working on his mecha when I sauntered over. "So..."

"Still MIA. I'm suspecting Kosami, but I have no idea how."

"He still thinks you did it."

"I don't get why. Everyone knows I hate pink." Well, it was more of a hate pink on principle thing. I hated anything feminine, from the color, to skirts, to my birth name. Well, to be honest, my birth name was pretty objectively awful.

It was a matter of principle. Not that I was going to criticize other women for liking to be flowy and frilly. It just wasn't in my style.

"That's exactly why you're his lead suspect."

"What if he took it apart? It's not like it's not designed to be..." Patric frowned. "No, somebody would have seen."

"Or heard. The hydraulics aren't quiet. But I think he must have. That or it's aliens."

"You never know." Well, really we did, all of the evidence was that either A. We were alone in the universe or, far more likely, B. There were no technological civilizations who built up the resources and knowledge to actually make it to another star system.

Which was why most sane people had given up on space. A few probes. The occasional crazy with a home-made rocket.

There was nothing out there but Mars and Venus, both of which were too toxic to colonize. Or that was the common wisdom, anyway.

Of course, it wasn't aliens. But in that moment I was quite willing to contemplate the idea, just because there was no other good explanation.

The answer was Kosami leaving in a mech. It had to be.

"How many times did Kosami leave last night?" I demanded, back at the gate. "Was it six times?"

"I want to see the footage."

The security guard frowned, but reluctantly showed me. I could see from how he was walking. "Check out the slight shimmer there."

I'd dismissed it because you couldn't cloak paint a mecha. But...when would he have had the time? Then again, I hadn't paid any attention.

But now I knew. He'd taken it apart, presumably when nobody was on site, cloaked the pieces, and walked out with them. Kosami liked strong bruiser-type mecha.

His mecha was strong enough - especially as Skywalker had to be light.

I was going to...get revenge. Oh, I was so getting revenge. Once I found my mecha.

And the easiest way to do that was to find Kosami.

I stalked over to him in the rec room. "How did you cloak it so quickly?"

He looked up at me, all innocence.

He kept his eyes on me. "With the Hello Kitty paint."

I grabbed the front of his shirt. "You know I didn't do that."

"Oh, come on. You were caught pink-handed. You're not the only one who can check security footage."

"Back of the lot behind the warehouse. And it's shrink-wrap, btw."

"You really should pay attention."

I couldn't help but laugh. "Oh, it is totally on."

"You stop denying the Hello Kitty and..."

"Oh no. We are completely and totally not even."

He was right, of course. My mecha was in pieces, wrapped in cloaking fabric, behind the hangar. It was easy enough to cut it free and put it back together in time for the show.

But it really was on now. See, Kosami also likes to blast music from his mecha during the fight. Heavy metal.

He's going to have great fun with my alteration of his choices.

I hate bluegrass too, but it's worth the sacrifice.

I'm going to see that little chump in the arena, too. It's going to rock. But not roll.