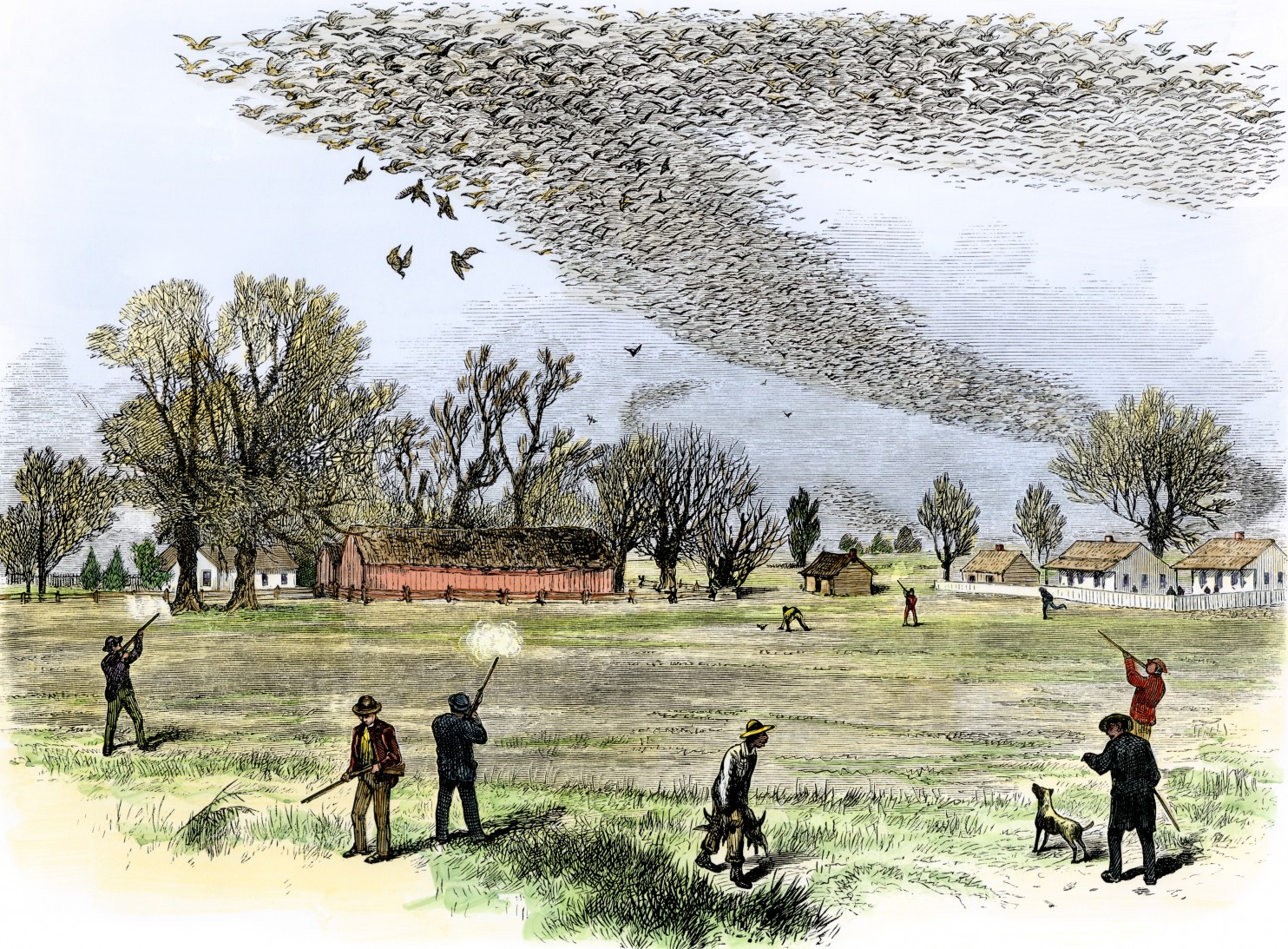 From the author: Everyone is just passing through.

Around the middle of the 19th century there was born a boy named That Which Is Crooked Cannot Be Made Straight And That Which Is Wanting Cannot Be Numbered Bagley. His parents were of a particular Midwestern fundamentalist sect and named all their children from scripture, mostly Ecclesiastes. The boy's friends called him Wanting.

Young Wanting Bagley was a moody daydreamer, prone to gaping, mopery and vagueness. Even after being enrolled in the Strait is the Way and Narrow is the Gate Preparatory Academy, he was often found missing, wandering in the local woods and fields.

Wanting did excel in one area of study, that of the birds native to North America. He'd stand in a meadow and point at every different kind of bird he saw, calling to it by name. Never the Latin taxonomical name, but always the common English: "Wren! Finch! Titmouse!" The birds didn't come sit on his shoulders or anything, but he seemed to feel a kinship with them. Certainly more so than with human beings.

Wanting's family tried to start him in various jobs and lines of business, but he paid no attention to anything but his feathered friends. One day in his twenties, he was walking through a field in Minnesota, when a shadow fell across the land and he looked up to see an immense unending black ribbon moving over the sky. Nearby he heard the boom of shotguns, and presently something fell to the ground near Wanting. He walked over to look at it, and gaped down at a bird, gasping out its last breaths.

It was a passenger pigeon, and the black ribbon blocking the Sun was a mass of countless millions of its fellows, on their annual migration. Wanting picked up the bird, feeling its heart's rapid beat. For some reason, Wanting didn't say "Passenger pigeon!" He looked in the bird's fading black eyes and said, "Who are you? Who are you then?" The bird's heart stilled, and Wanting fell to his knees and burst into tears.

From that day on, Wanting's habit, his daily practice, his vocation if you will, was to range far every day, on foot or by buggy, looking for birds -- but only one kind. Sparrows, swallows, jays and whippoorwills, owls and hawks, they no longer had his attention. Only the passenger pigeons, so vast in population that no one knew their number, except that they were perhaps a quarter of all the birds of the continent. Wanting went out alone, he looked, he spotted, and somehow he counted the vast numbers of America's great wild pigeon, his eyes scanning the sky whenever they passed over, his lips moving rapidly in silence.

Whenever he was close enough to a passenger pigeon to look it in the eye, he repeated his plaintive question, "Who are you? Who are you then?"

Wanting would be out and about on this pursuit, from dawn until past dark. Each day ending with him weeping inconsolably.

Only so much of such behavior is tolerable to society, and by late in the 1800s Wanting was comfortably housed in a sanitarium. He'd stand by the window all day, his eyes restlessly sweeping the horizon and the sky, waiting for the days when he was allowed to perambulate outdoors. Sometimes he'd grow impatient and try to force his way out, and finally for a period he was put in a padded cell, of the latest design. At sanitariums they love the latest design, whatever it is.

In his cell, wearing a very, very long-sleeved garment, also of the latest design, that kept him from using his arms, Wanting clutched a wax crayon between his toes and wrote a figure on the padded wall. 500,000,000 it said. Nobody knew what that meant, but a year or two later, resting in a cold bath, Wanting spoke up and said, "200,000,000". And periodically he would abruptly utter these figures, each time a lesser number, the amount dwindling rapidly by the turn of the century. By now this was almost the whole of Wanting's speech. He never had been much for conversation.

Sometime in the very early 1900s, the last passenger pigeon to be hunted in the wild fell from the free air to the dusty ground with half an ounce of shot in its breast. At the same moment, Wanting Bagley let out a long, deep, rattling sigh and passed away.

That wasn't the end of Wanting. Sanitarium attendants leaving after a late night shift swore they saw him, shadowy and translucent like Pepper's Ghost, the famous stage illusion. This shade of Wanting wandered with his slow steady gait, surrounded by a great flock of long-tailed birds, similarly half-seen, not quite there. Some said they heard him counting aloud.

These visions were brief but recurrent. Soon it wasn't only the sanitarium. Wanting was seen -- usually by custodians working late at night -- in aviaries, zoos, museums, and, more than anywhere else, in taxidermy shops. A phantom Wanting, amongst multitudes of phantom pigeons. Eventually -- and it was when there were no more of the pigeons in the wild -- the ghost sightings ended.

Except for one last visitation. In September 1914, the last living passenger pigeon, a female named Martha, died at the Cincinnati Zoo. Her death went nearly unremarked in a world occupied with a horrific war just building steam in Europe. But Martha's caretaker, Chester Smiley, making final notes late that night, felt cold air against his neck and looked up to see Wanting Bagley, this time with a single pigeon resting on his shoulder.

This story originally appeared in Thinkerbeat anthology: The Art of Losing.