And the Universe Waited 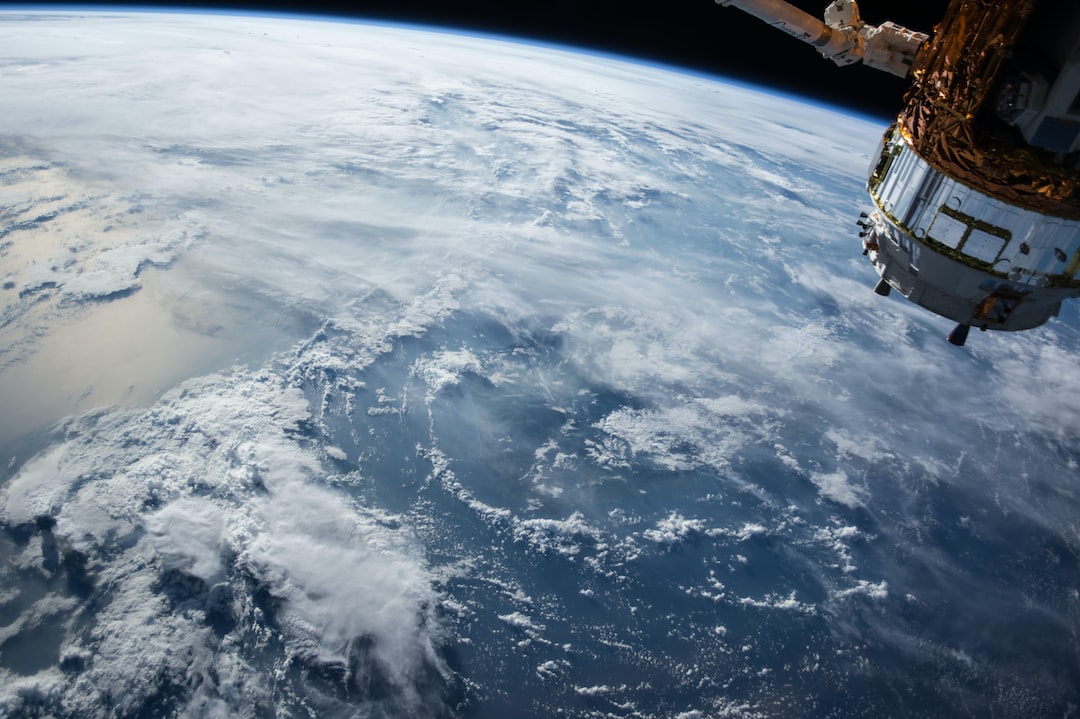 From the author: Patience is necessary when you're on the other end of the Fermi Paradox.

All day, she watched while the others pretended not to. The micro-satellite’s visual feed showed the progress on the ground: all according to schedule.

“Today,” she said to whoever was listening. “It’s going to happen today.”

“But the Xylians have made mistakes before.”

“There’s so much that could go wrong.”

The usual careful responses, armored with skepticism. As if they weren’t checking the feed multiple times a minute, too. As if the rest of the ship, the rest of everyone everywhere across the Mesh, wasn’t doing the same.

“It’ll be today. They’re going to do it.” She leaned in toward the visual, where flea-sized creatures gathered around the launch pad, busy at work. Zooming in, she centered on a single Xylian, the project lead.

Lights flickered and shifted on the obelisk in the background, announcing updates in status where all team members could see them. The leader clustered in conversation with two of its team leads; it gesticulated with two of its sets of limbs, questions glowing and flickering across its iridescent torso. A translation floated across the display, but she’d learned to interpret the Xylian light-and-color language long ago. The leader was nervous, cautious by nature. Confident, but taking every precaution against another accident. This one was a good leader, clever, competent. One more reason why she was certain the Xylians would launch today.

It wanted another full systems check. She settled in to wait.

The old paradox: if life was so adaptable, if it could develop organically almost anywhere, under such a plethora of conditions… then where was everyone?

It baffled her ancestors, when they first reached the stars in their primitive ships. They scanned for signals, they sent out probes, and as their techniques advanced, they searched themselves. And with dawning dismay, they had to accept the truth: there was no one else.

Later, after an exhaustive search spanning thousands of Earth years, an amendment to that truth: Earth was not alone at the galaxy’s party, but they had misread the invitation; they were mortifyingly early. All the intelligent life that their equations predicted? It hadn’t finished evolving yet.

There was only one thing to do. They waited.

And they waited. On and on, through years, millenia, millions of years. They evolved patience like the species they observed evolved versatile digestive systems and clever appendages and, sometimes, big brains.

The yearning was primordial. Ever since her ape ancestors first ground glass into lenses and built telescopes, since they discovered the nature of the planets, they had asked: are there others like us out there? And before that, long before, when their ancestors first dropped down from the trees and faced the vastness of their own small world, since the earliest language first found a word for ‘alone,’ that was something no one wanted to be. Not in the long run.

And so, they took to the galaxy. Through their fiery and self-destructive adolescence, when they couldn’t even take care of our own world, they grasped for the stars and dreamed of adventures on other worlds with aliens who talked and thought like them. Earth survived into their maturity, and the species spread, and spread, and spread. A slow and lonely journey: mapping the galaxy, terraforming and colonizing and falling back, littering the stars with the ruins of their species, relics for some far-future visitors to find. Seeking out, one by one, each naturally life-bearing planet and settling in to watch.

(Today she was incapable of waiting. Today, anticipation made the seconds crawl like millenia. She zoomed in on the feed again. Some sort of hold-up. A faulty part. Replacements being sought. More delay. Risk of postponement.)

This was the scope of her species’ patience: what matter if it took a million years to reach a distant world, if it might take that planet’s primordial beings six hundred million years to evolve enough to say hello? Their own species might evolve (and had evolved) into something unrecognizable in that time, as foreign as an ape to a trilobyte, but the longing for company never faded. If they watched and waited and studied and perhaps even nurtured — if they went so far as to deflect a devastating asteroid, or nudge the climate in a direction more favorable to rapid evolution — and if they did this on a million worlds, eventually they would be rewarded.

Recently, for the past ten thousand years or so, the question to bet on was which of these favored planets would yield intelligence first. Or better, which would first travel to space? Would even their most promising subjects evolve enough to begin a conversation?

Ever since she was a child, she was certain that this one would. The atmosphere on Xy was thick and storm-prone. Clouds obscured ninety percent of the sky at any given moment. But the other ten percent… She had always believed those rare glimpses of stars would prove as tantalizing to the clever, curious Xylians as Earth’s moon had proved to her own distant ancestors.

Wishful thinking, the Mesh responded to her theories. Your homeship orbits Xy. You wish them to succeed because you dream you’ll be there when it happens. Do you know how many have lived and died with the same dream? More than there are cells in your body. The best you can hope is that one of your descendants may see that day.

But if millions of generations hadn’t embraced that dream, she would not be here now, and some generation had to be the one to see the dream fulfilled. Why not hers? Maybe she entered the xenobiologic service with childish dreams of glory, but over four hundred Earth-years of study had given her solid reasons for confidence in them. Swaths of Xylian art, literary recordings, theater, devoted to the holy mysteries of space. Their technological advances, evident even from high orbit: a planetary communications network, high-atmosphere transportation. The exuberance with which they seized and examined each new bit of space debris that survived passage through their atmosphere — including those that she planted herself, gentle nudges toward the stars. She knew.

While the Xylians built toward this moment, their progress growing so obvious that no one could ignore it, her own people echoed the same questions again and again through the Mesh: Are they ready? What would it have done to us, at their age, to know for a fact we were not alone? But at last the debate subsided to consensus. Yes, they must be ready. We must not become so comfortable in the act of waiting that it eclipses our goal. They are ready, and so are we.

Rocket engines. Combustive propulsion, like the very first ships to leave Earth. For some reason, that detail choked her up. Across such vastness: rocket engines.

Motion on the display. The rocket hefted from its platform. The feed shifted its angle, keeping the ship centered as it climbed.

A sharp breath from her colleagues — from all her species, giving up the pretense of doubt or indifference. She found the problem on the display: the indicator for attitude, careening. Like the ship careened, maddened, as if trying to shake off its own engines.

A load balancing error. Such an idiotic reason for failure, far too trivial a problem to avalanche into full disaster…

But no, not trivial to a people who’d never built a rocket before.

“Please,” she whispered to the display. “Fix it.”

Gravitational forces on the cabin neared her estimates of the Xylians’ physical upper limits. Torque on engine connectors in the danger zone and rising.

A piece broke free, tumbled away too fast for visual identification. She moved to scroll back the feed and zoom in on the object, but the status display caught her attention. Indicators still moving, but slowing. Attitude stabilizing.

The rocket continued on its way.

“Well done,” she said, and sat back to watch. Analysis could wait for later.

For the first time, they reached space. From her simulations, she knew what they experienced: bone-grinding turbulence, giving way to shocking, perfect stillness. And the best view of the stars they’d ever seen.

The microsatellite intercepted their transmissions, routed them to the display. All systems check.

She looked around at her colleagues, found them riveted with spiritual anticipation. All agreed, breathless: it was time for the next step.

The homeship moved into high but visible orbit above the rocket’s position, pulsing a message for all to see:

Then: the longest wait of all.

Her people had spent millenia preparing for this day. Nervous as they were, they knew precisely what to do, had a plan for every contingency. Not so for the Xylians. Of course they had asked themselves, as her people had: Are we alone? But in all the scenarios surrounding this launch, they never dreamed of this one.

The crew of the rocket never expected to be ambassadors. They had no authority to decide their course of action. They could only report: this ship, massive, out of nowhere. A single message, a greeting. No sign of hostility.

On the ground, in closed rooms, beyond the reach of her monitoring equipment, politicians and bureaucrats, scientists and generals debated what to do.

There were several courses open to them, all well-documented and analyzed and planned for by her ancestors, their statistical likelihood calculated. The Xylians might ignore the homeship: possible, but unlikely. They might decide to wait and study this astonishing visitor in their sky: the most prudent course. They might well panic and launch a military response: no physical danger to the homeship, but devastating to her species’ hopes.

It happened a whole Xylian day later. A full day of argument and unanswerable questions. Then the rocket rotated along its axis, baring its belly to the stars. Indicator lights came to life, pulsing out a primitive code:

Hello. We see you.

Jo Miles writes science fiction and fantasy with a big dollop of hope.