Orgood's Party (an excerpt from Spire City, Season One: Infected) 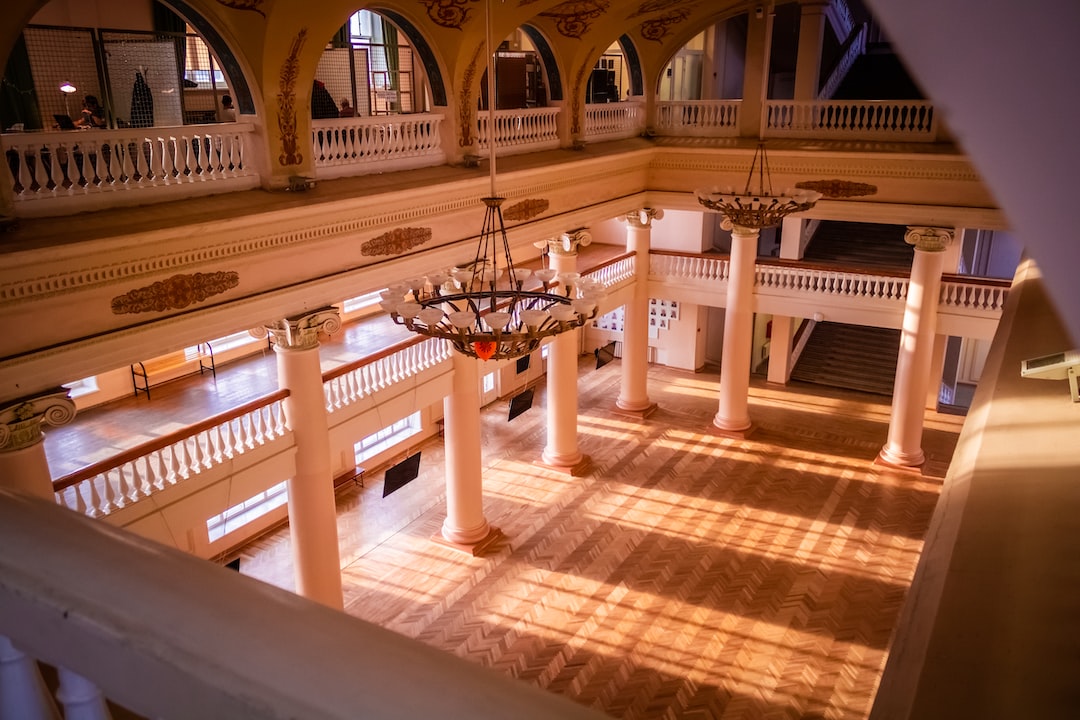 Photo by Prokhor Minin via Unsplash.

From the author: To understand the infection devastating the city, Chels goes to a high society party hosted by Orgood--the mad scientist who created the infection. Leaning into her immigrant heritage, she must pretend to be from her mother's homeland--not the poor street orphan she really is, but the exotic foreigner these wealthy people will expect.

Lights and colors, the sounds of live music and people talking. The room swirled with people, so many of them that the walls disappeared into motion. The ceiling was too low, the banners and fluttering decorations too garish to take in. Every person who crossed her vision was helping Orgood and the mysterious man who’d pursued her; each of them was spying on her; each was fully aware of her sham of a disguise. Chels stopped at the entrance, breathing deeply, trying to make sense of it, but Williver, his arm in hers, pulled her straight inside. The noise and sights spun around her without settling into anything she could interpret. Her head swelled with the chaos. Only by focusing on a small part of the room could she make sense of a bit of what she saw. A tapestry hung on the wall opposite her, its static colors showing some part of the founding of the city—the construction of the first spires, perhaps, or some battle she didn’t know that took place while they were building. Guests danced between Chels and the tapestry, forming themselves out of the madness to either side and dissolving back into it.

Once this bit of sanity established itself, she could expand the zone and take in more of the room. The dancers were few, which relieved Chels both for her own sake and for the sake of Williver’s suit. Most people were standing or walking and talking. The room had other tapestries and many nooks and pillars, as if built especially so guests could whisper a few words in private. Servers in light gray outfits moved everywhere among the guests, just as she’d pictured at fancy parties.

Chels took a breath and tried to place her own appearance among the finery. Williver fit the room. Or perhaps she ought to start thinking of him as Kelver, the name he was giving himself. She hoped no one who’d known him well would recognize him as Williver, but he’d assured her that his appearance was such a change that the risk was slight. He was the image of casual elegance in his dark gray clothes, accented with gold jewelry he must have taken when he ran away from his parents. His glasses looked natural, resting on the bridge of his nose.

Chels had chosen a brilliant blue dress crossed with checks of orange and yellow. Nothing like the other dresses she saw, but exotic. She nodded to her own thoughts. It should work. The silver shawl over it tied it in more closely with Spire fashion to rein in the dress’s wildness. Pemisza had helped her pile her hair up, taking advantage of her naturally tight curls. The antennae were well buried within.

Before more of the room could coalesce under her growing confidence, Williver let go of her arm and swung in front of her.

“I’m going to find Orgood and see what I can learn.”

Leaving her alone? Her eyes widened, but she couldn’t open her mouth.

“We’ll learn more if we split up. You wander and get familiar with the room. See if you can get an idea of where different people gather—old wealth, new money, hangers on, those invited out of respect rather than for their money.”

Before she could object, Williver left her.

The room threatened to dissolve again into insanity and chaos, but she forced herself to walk, to wander as Williver had said. A table near the tapestry held a sculpture made from bread, a heavy sort of bread carved into elaborate and whimsical shapes. No one ate from the sculpture, but other foods lay on the table before it. She grabbed a small bit of bread drizzled with oil. Its spice, heavy with a sea herb she recognized as expensive, made her eyes water. She headed for another tapestry.

People clumped on every side. How was she supposed to tell one type of rich from another? To her, there were only ever two kinds of people: those like her—immigrant or otherwise destitute—and the rich. Sure, on the streets she could tell a merchant or factory manager from the moneyed rich, but here where all dressed in finery?

At the second tapestry, a panorama of the city at dawn viewed from the harbor, a group of men and women approached her.

“St. Cartesz. Spires at Dawn. Everyone has one of his lesser works or an imitation, but this is the real thing.” The man, short and with a smooth face, ran his fingers in front of the tapestry without ever quite touching it. Only then did she realize he was talking about the tapestry maker. St. Cartesz, patron of all artists, but an artist himself as well.

“It’s stunning.” Exotic, she reminded herself. “This saint, Cartesz? We do not venerate him in my city.” She reached for the tapestry and copied the man’s near-touch gesture. “He can’t have lived long ago, for cloth art to survive.”

The man shrugged. “He is a saint. Maybe these are his miracles.” He stepped away from the wall, and she joined him, placing herself fully among the group of people. She had to force her hands still when they tried to fidget.

A woman dressed in bright orange asked about what city she came from, and Chels related her supposed story in between interruptions and other questions. A railroad magnate for a father, which brought up many anecdotes about traveling by train. Growing up in the city of Natoss, but also on the rails themselves. The way of life in a fancy rail car, seeing the sights while an entire troupe of servants pampered her. The story itself took care of being exotic. She just hoped she made it sound natural as she told it. How ridiculous it felt to mention servants and fineries, as if she knew either of them. It entertained the group at least, without her being the sole focus of talk. They spoke of Spire, of other balls, of dresses, of exotic travels. Chels had little to add to these discussions and would have felt lost, conspicuous in her lack of knowledge…except for that one word from Williver. She clung to the idea of exotic as a vagrant might cling to a train car, trusting that it would carry her even if she didn’t know to where.

“Let’s watch the dance fights.” A man who’d joined the group recently gestured toward the other end of the room.

“Dance fights?” The words were out before Chels could stop them. She knew of dance fighting, the high class sport, but she’d assumed the dancers here were simply other guests.

She cocked her head and waited for Dallnar, the short man who’d first spoken to her of the tapestry, to explain.

As they walked, he explained the idea. “They don’t fight in truth, except by mistake, and that is considered poor form. They attack, though, their moves designed to force the opposing couple to retreat or move aside.”

Two pairs—all males—danced at the moment. They were dressed almost identically in black coats and white pants, but each pair had differently colored cravats, red for the one and blue for the other. Neither were attacking as far as Chels could see. Unless… She tried to see them as fighters, as opponents in a bizarre ritual. She could. Very vaguely, as if through sea fog, but their moves held a hint of aggression.

Time to rely on her hazy exoticism. She asked Dallnar to explain.

“The music prescribes the moves. When the horns come in—there—they will move closer. Notice, we can’t see the musicians. They must remain hidden where they have no way of knowing who might hold advantage by this shift or that. Some things are predictable—the music has certain established themes and refrains, but the musicians decide how and when to move from one bit to the next and whether to invert the melody or play it straight.”

The dancers did move closer as he spoke, and when a certain drum entered the music, one dancer from each pair swung his partner into a scything spin toward the other. The blue pair swung up at the last moment so that the two did not collide, and those watching applauded.

“The red team will gain points for forcing them on the high path,” Dallnar explained.

While he was talking, the men who’d been swinging each planted his feet and twisted his partner into an attack. Dallnar kept up his commentary as the group splintered and moved around the dance floor. The horns faded, replaced by a shrill instrument Chels didn’t know, and the attacks shifted as well, the spins turning to flips and twists or a feinting dance that threatened to corner the opponents.

The dance ended, and the blue pair won, though Chels wasn’t fully sure why. While more couples came out to dance—mixed gender this time, and a dozen to begin with—Dallnar gestured toward the end of the room beyond the dancing.

“Have you been to greet Orgood yet?

Chels’s heart jumped, and her antennae stiffened in her hair. “No. I…I should do that.” With nervous steps she tried to calm, she followed Dallnar to where Orgood sat.

Spire City is home to mighty machines of steam power and clockwork, and giant beetles pull picturesque carriages over cobbled streets. But there is a darker secret behind these wonders. A deadly infection, created by a mad scientist, is spreading through the city, targeting the poor and powerless, turning them slowly into animals. A group of those infected by the serum join together to survive, to trick the wealthy out of their money, and to fight back.