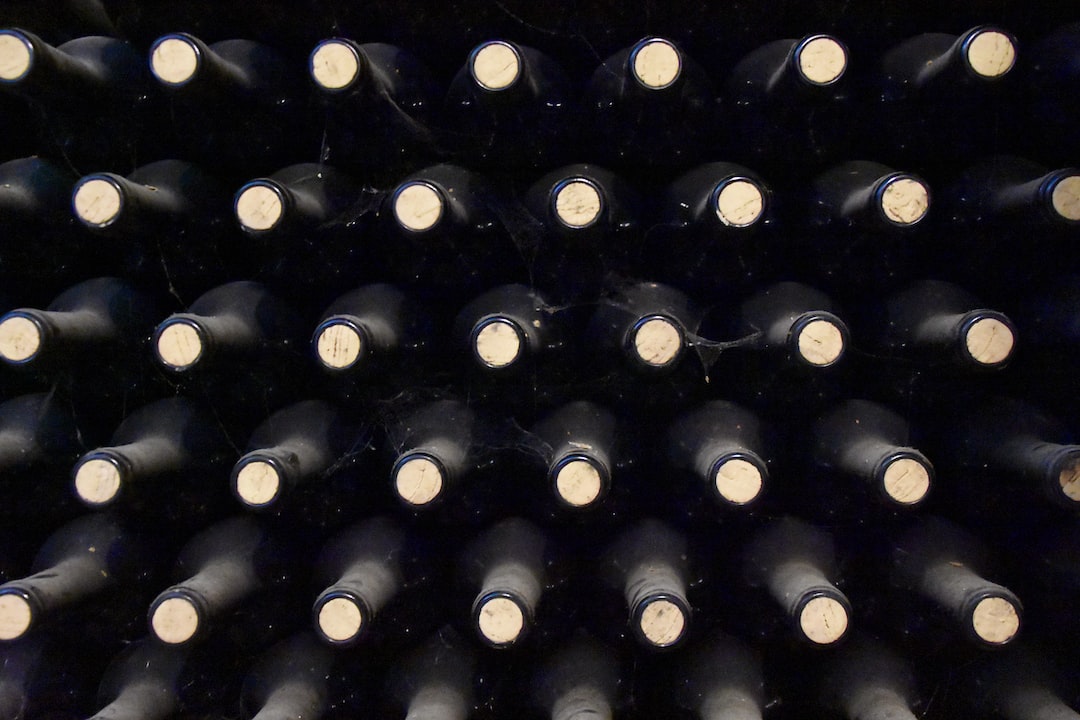 “You won't like it,” said the corkscrew. “A most disappointing product, not what I expect from a Grand Cru winery at all. Hardly any nose to speak of, and the tannins are totally unbalanced. You really should pull me out of this cork, lay the bottle down for a few more years, and make yourself a nice cup of tea.”

He'd made it for her once and she'd pretended he'd got it right but he knew he hadn't. The tea she made herself was so much better, its aroma suffused the whole house. She would sit in that enormous old chair in her comfy old sweater two sizes too big, feet tucked under her, nose in the teacup, eyes half shut behind steamed-over glasses, her smile would light up the room more than the fireplace ever did, and he would just sit and look at her for hours on end.

He might be looking at her still if she weren't dead.

“Just pop it,” he said through his teeth, eyes blurring, hands beginning to shake.

“Are you going to chug the wine?” asked the corkscrew.

He looked around, opened a cabinet, selected a glass.

“The volatile scents won't be properly concentrated,” said the corkscrew. “It will interfere with the proper enjoyment of the wine.”

“No, I am not your mother. I am Smorkscrew, a beverage-management solution equipped with artificial intelligence. Now, what food were you considering to accompany this wine?”

He looked around again, pointed at a dish. “This?” he said.

“Peanuts?” said the corkscrew. “That would be an insult even to this inferior excuse for a Valpolicella. Haven't you got any cheese? Fresh mozzarella would be perfect. Or turkey prosciutto and melon. Be sure to slice the prosciutto very thin —”

“She's dead!” he shouted. “Can't you get that through your —” he waved his hands “— whatever you use instead of head!”

“I know she's dead,” said the corkscrew. “It was my honour to open many a bottle for you and your guests as you sat shiva. Many people came.”

“Everyone loved her,” he said.

“She wasn't there,” said the corkscrew. “She was dead, remember?”

“They came for you,” said the corkscrew. “Many people. They all love you.”

“And now? Where are they now?”

“A phone call away.”

“Screw you,” he said. “Get it? Screw you?” He turned away, covered his face with his hands. “I want to be alone,” he whispered. “Just open the damn bottle.”

“She is not here to not like it,” he bit off. “She is not in this room. She is not in this house. She isn't anywhere on this Earth, anywhere under the Sun, anywhere except ...” He clenched his fists. “Open the bottle, please. Just ... I'll get a proper glass, I'll make some sandwiches, I'll sit in her chair and cuddle her sweater, it won't be like I'm drinking alone, I'll drink to her and I'll drink to me, just open it.”

“She's not in that bottle, either,” said the corkscrew.

“What makes you such a damn expert on her?” he screamed.

“I am an expert system, you know,” said the corkscrew. “Able to access the totality of information about the two of you throughout the World Wide Web, and to correlate its implications upon the problem at hand.”

“Would my medical history be part of that totality?” he asked quietly.

“I must regretfully decline to divulge trade secrets of Smorkscrew, LLC,” said the corkscrew. “However, consider this: I am — was — her present to you. The process of gift selection gave me an opportunity to perform a thorough assessment of her character and motivations.”

He trailed off. An old clock ticked off the seconds in the silence. The cherry tree shook in the wind beyond the window, shedding the last of its dry brown leaves (it had been white with bloom the day they packed to go on their second honeymoon, the sun had shone so bright, the shadows so crisp —).

“She found out about the cancer, and then we went on the anniversary cruise, the best vacation ever, and she bought you for me as a present, and I thought it was cute and thanked her, but I had got her a pair of diamond earrings so it kind of irked me for a while that all she got me was a stupid corkscrew and all I said was, 'Cute,' and then a week after we got back she told me she was going to die, and then she died and I never said I was sorry ...”

It wound itself from the cork and rolled towards its drawer, pausing at the counter's edge as he shook with sobs too long in coming.