The Spirit of Pinetop Inn 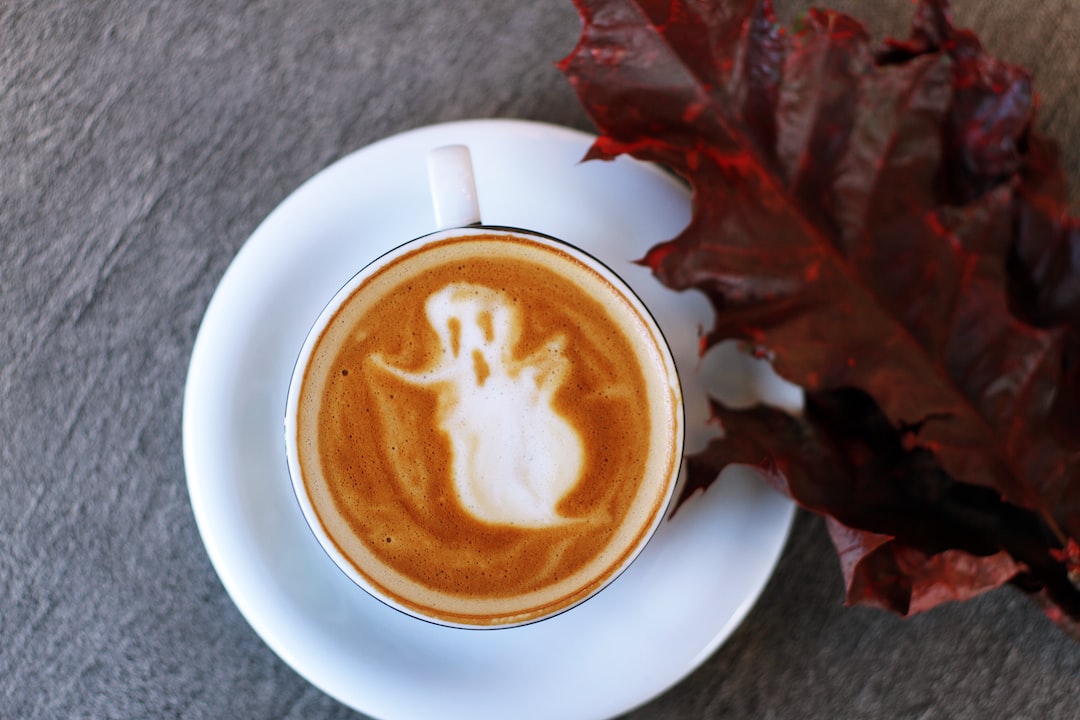 Photo by Toa Heftiba via Unsplash.

From the author: Hoping to improve business at their struggling bed and breakfast, Emma and Tom interview potential ghosts for hire, but finding the right fit is more difficult than they anticipated...

The first ghost showed up right on time, striding into the Pinetop Inn's front parlor so regally that the proprietors, Emma and Tom, expected a flourish of trumpets to accompany his entrance.

The ghost bowed to Tom and kissed Emma's hand. "Sir Edward Blackthorn the Fourth, at your service, my lord, my lady." He straightened and handed Tom a thick leather-bound book. "My references, dating all the way back to 1784. I trust you will find everything in order."

"Let's go back into the office," Emma suggested, and Tom and Sir Edward followed. The ghost was so portly in his velvet and furs, so polished and buffed and bejeweled, that it was hard to think of him as ethereal.

Emma started to offer him something to drink but stopped just in time. After hearing from Spectral Staffing ("Hauntings for Hire"), she'd spent some time browsing ghost etiquette sites. She would have thought that offering food or drink would have been a compliment--hey, you look so good I forgot you were dead!--but apparently such an offer was an unpleasant reminder of corporeal pleasures lost. Better to get down to business, then. "Your résumé mentions skills in classical and traditional hauntings."

"Ah, yes. I manifest in oil paintings, tapestries, and mirrors, move books around in the library, all sorts of things in that line. I also blow a hunting horn on fine autumn mornings. It's particularly stirring."

"Oh, I'm sure." Emma glanced at Tom. They didn't have a library (unless you counted the shelf of take-one-leave-one paperbacks), and the Pinetop Inn's décor was classic but simple. Sir Edward sitting in their cluttered office looked like a bronze candelabra surrounded by jar candles.

"Well." Tom rose to shake Sir Edward's hand, then put his hands awkwardly in his pockets once he realized the faux pas. "We'll keep your résumé on file and give you a call if something opens up."

After Sir Edward left, Tom sank back into his chair. "If we had an English manor, he'd be perfect. For five rooms, it's a bit of overkill." He looked at Emma. "Are you sure about all this?"

Emma sighed. "We've tried everything else." She counted them off on her fingers. "The wine tastings, the spa weekends, the online coupon, the two-for-one deal... Another year like the last one, and we'll never get out of the red."

"People will come from all over to stay someplace haunted. From across the country even, if it's good enough. We'll get listed on all the haunted hotel websites, booked up every Halloween--we can really play it up. It'll be a whole new angle for us."

The second applicant was a weather-beaten sailor in a yellow slicker, carrying a rusted lantern whose handle squeaked with every step. Water dripped constantly from his hat and coat, hissing into fog when it hit the hardwood floors. His bearded face was deeply lined, his eyes wide and staring, and he reeked of salt and dead fish.

Tom tried to mouth-breathe inconspicuously. "It says here that you've been through more than fifty hurricanes. That must be some kind of record."

The sailor grunted. "Worst was the storm of '32. Couldn't tell what was sea and what was rain. Near a hundred ships lost that night to Davy Jones."

Emma wasn't sure if she should express sympathy or amazement. "So, your haunting style is... ah... nautically based..."

"Aye." He held up the lantern, which flickered dramatically. "When a storm's brewin', I walk the shore with my light, bringin' the ships in."

"Mm." Emma made a mental note to remind Spectral Staffing that their closest body of water was a creek that never got more than ankle-deep even during the rainiest spells.

"We'll keep your information on file," Tom assured him.

The sailor nodded and trudged to the door. He stopped then and turned. "It's the smell, isn't it?"

The sailor nodded and left.

Ghost number three, therefore, was a thin, somber woman dressed all in black, with dark hair pulled back from a pale, pinched face.

Tom looked over her résumé. "I see your previous employment was at a historical home in Pennsylvania."

She nodded crisply. "Budget cuts forced its closure, I'm afraid. I believe it's been turned into insurance offices. Dreadful."

"I can imagine," Emma said.

"I tried a few battlefields--my husband died in the war, you know, and I eternally wait for his return from the field. But the open air was too damp for my constitution."

Emma nodded politely, though she couldn't help wondering how a spirit could feel cold or wet. "And your haunting skills..."

"Mostly I pace in the night. Sometimes I appear slowly at windows. If you prefer something more demonstrative, I can also weep quietly without being seen."

Emma stood. "Why don't we show you the rest of the inn?"

They toured the rooms. The widow didn't look as out of place as the others, and Emma found Tom reciprocating her hopeful glances.

"You keep a clean place," the widow said. "I do appreciate a clean establishment."

"Oh, that's very important to us," Emma said. "And this is the garden suite. Very popular with couples."

The widow looked about the airy, elegant room, with its king-size four-poster feather bed and French doors leading out to a rose-trellised patio. She turned back to Emma. "Married couples, I assume?"

"Popular with married couples, I hope."

"We don't really ask those sorts of questions," Tom jumped in.

The widow pressed her lips into a thin, pale line. "I see." She folded her hands and said nothing for the rest of the tour, then told them with frosty politeness that she did not feel her services would meet their needs. The room warmed ten degrees when she left.

Emma rubbed her temples, and Tom put an arm around her shoulders. "Well, she smelled like mothballs anyway." He got her an aspirin and a cup of coffee. "What about a kid? Kids are the creepiest anyway. Everybody knows that."

After apologizing profusely for the sailor, Spectral Staffing sent a two-for-one in the form of blond twins, boy and girl, about nine years old. The girl wore a ruffled white dress and had unnaturally ice-blue eyes. The boy, dressed in a white shirt and khaki shorts, never looked up from his handheld video game.

"So," Tom asked cheerily, "what sorts of things do you guys like to do?"

The girl spoke in a flat voice. "I like to stand at the foot of the bed and watch people sleep."

"Well, that sounds like fun. How about you, kiddo?"

The boy didn't look up. An electronic fanfare announced a new level of the game.

"He mostly hangs around and bangs on things sometimes," the girl said. "He can roll a ball across the floor if you want."

"What else do you like to do?" Emma asked.

The girl's gaze was unnerving. She seemed to keep her chin tucked down so as to be constantly looking up at the them from the shadow of her brow. "My hobby is disturbing jump-rope rhymes. I've written six so far. It shouldn't be too hard to rhyme Pinetop if you want something custom."

Tom grinned at Emma and leaned in close. "See?" he whispered. "Creepy!"

Tom followed Emma out of the office and into the kitchen. "What's the problem? They're perfect!"

"There's a fine line between picturesque and disturbing. We want people to still stay the night."

"If they didn't, we wouldn't have to wash the sheets." Tom smiled. "Come on. They're just kids."

"Exactly how many horror movies have you seen again?" Emma glanced at the block of kitchen knives, shivered, and folded her arms. "If we hire them, I'm not sleeping here."

Emma shrugged. "Call the agency back, I guess."

When she called back the next morning, though, the medium in spectral resources told them she was very sorry, but all their other spirits were currently under contract.

Emma hung up and stared out the office window, looking out on the empty parking lot. The gray, drizzly sky matched her mood. This place had been their shared dream since before they were even married. They'd envisioned it over countless late-night burgers, planned it out on lazy Sunday afternoons, and finally made it happen with loan officers and real estate paperwork. And now it was slipping away. She figured they had enough to cover costs and loan payments for about two more months, and then...

Tom came in carrying the toolbox. "Any luck?"

"That's all they had. I put us on the waiting list." She glanced at the tools and sighed. "What's broken now?"

"Faucet's still dripping in the garden suite. I'm gonna head down to the hardware store and get a new washer. Gotta keep things nice for all those heathen couples living in sin." He kissed her cheek. "Don't worry. Something'll turn up. I'll be back in fifteen."

She watched him drive off, wishing she were more like him, that she could just believe everything would be all right. She checked the travel websites to see if anyone had left any new reviews. She balanced their personal checkbook, wincing at the numbers. She put together a casserole for dinner and heated the oven. It was only when the rain picked up to a downpour that she looked, startled, at the clock and realized he'd been gone two hours.

Emma sat in the heavy silence of the office, still wearing the dress she'd worn to the funeral that morning. Officially the inn was closed, but the rooms were packed with family. She had no doubt most of them would still try to pay her when they left. Everyone else was asleep, the office dark except for the desk lamp.

The voice came from beside her. "I told you something would turn up."

She looked up at him and found herself laughing even as her eyes filled. "I hate it when you're right."

Tom managed a smile. "I should warn you, I don't have much experience. I don't even have chains or a hunting horn or anything."

She thought a moment, then handed him the toolbox. "Go turn on the faucet in the garden suite."

He gave her a mock salute with a wrench and headed out. Emma watched him go, then wiped her eyes and woke up the computer. Later she'd have to redesign the website, create a new ad or two, and maybe sign up at some ghost hunter forums. For now, she logged in to her email and wrote a message to Spectral Staffing, to tell them the position had been filled.