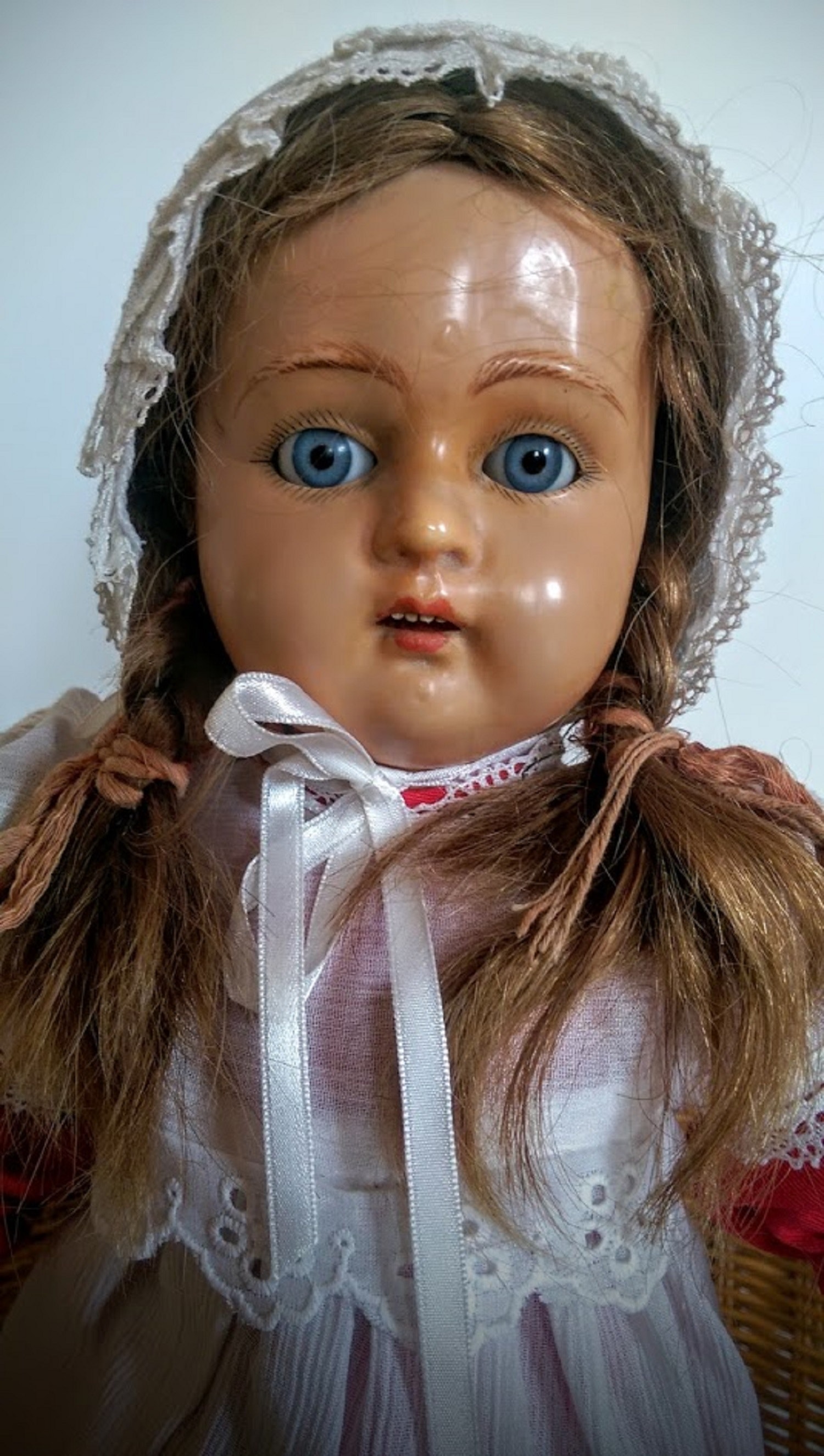 From the author: Birthdays are special.

It was a chilly evening, making the snug interior of the Fortescue Club all the more inviting. Soft lamplight shone on the oak paneling and glowed in glasses of whiskey. The Club members relaxed in their leather armchairs.

This evening, it was Hocks who spoke first. "Married to this woman for six years, and I can recall maybe three complete days of it. All dissolved, gone, except those useless three days. Indigestible remnants like a diamond bracelet in a crocodile's stomach."

They waited, but he had had his say.  Hocks always spoke briefly and to the point--and used his real name, an eccentricity within the Club.

Chesterfield cleared his throat. "You know, that calls to mind what happened to my poor cousin Cecily." He took his time sipping his drink before continuing; they waited. "Her father, you know -- my Uncle Yeardley -- was old-fashioned about children. That is, he saw them as possessions of a certain sentimental value, not as human beings exactly." (There was a soft Hear, hear from young Clovis.) "So when his daughter Cecily was kidnapped a month after they moved to Mexico --"

Here Gastineau interrupted, as was his wont.  "Say! What the devil was he doing in Mexico?"

A sigh, another long sip from Chesterfield's glass; perhaps a hint of annoyance.

"He owned a sweatshop manufacturing sweatpants under the brand name Swett, and there's nothing more to say about that.

"He moved his family into a big house, where they were happy enough, I suppose. Until one fine day little blue-eyed Cecily simply vanished, between school and home.  It was November 2, the day before her eighth birthday.

"Soon came the first telephone call, demanding a large amount of U.S. currency, and strictly warning against involving the authorities. Uncle Yeardley's reply?  He shouted into the phone, declaring he wouldn't pay a penny, and that if he lost one child he could always make another.

"They kept calling, of course, and his wife, Cecily's mother, begged Yeardley to reconsider. He would not, and he imposed his iron will on the whole household.

"Was he bluffing? I can't say.  The kidnappers were not. A week after Cecily was taken, a small package arrived at the front gate. In it --"

"Do be quiet, Gastineau.  It was Cecily's index finger. I can only imagine the torturous scene in the house.  But Yeardley would not bend, any more than a stone statue.  He took the finger downstairs and put it in the chest freezer.

"The finger in the freezer was joined by others, until Yeardley had a set of ten. Then a small foot, an ear, and so on. As each package arrived, he opened it, examined the portion of his daughter therein, and stored it in the freezer.

"Outwardly, there was no change in my uncle's demeanor. You would think his little girl was away at a prep school.  The household staff began calling him El Maldito; and one night they all left.

"There came a turning point on the part of the kidnappers. Perhaps they'd simply given up on squeezing money from the Nortamericano loco.  Perhaps even they had reached their limit of cruelty: for only two days after Yeardley had received the last bits of little Cecily's arms and legs, a final, squarish box was left at the gate.

"Inside was her little round, little curly blonde head.  No ears or eyes--for Yeardley already had those safely stored.

"A slip of paper was taped to the box, bearing the scrawled words, Ten misericordia oh Dios.  This was the last word from the kidnappers.

"The girl's mother was stricken nearly catatonic, finally rousing herself enough to swallow a lethal quantity of pills.  Yeardley barely seemed to notice. He was occupied with telephone conversations with parties unknown.

"The same day his wife's ashes were delivered to the house in a cardboard box, an unmarked van arrived from the North.  Low-voiced, unremarkable men carried a large cooler into the house, and soon carried it back out and into the van.

"Four weeks later they were back again, this time unloading a sizeable packing container--a box that might hold a child-size doll.  They brought it into Cecily's very feminine bedroom--untouched since she vanished--and opened it and took out Cecily.

"Or, as much of Cecily as was available.  All the little bits had been sewn together with great care and minuscule stitches, the whole then plastinated, that is, preserved with synthetic resin and given the most lifelike appearance and posture that could be achieved by the unsavory but resourceful firm Yeardley had contracted with.  Her original torso being unavailable, a lifelike plastic form substituted adequately, and anyway it was concealed by her blue cotton frock.

"Something finally broke, crumbled inside Uncle Yeardley.  He never returned to the States.  If you care to pay a visit, you'll find them still, father and daughter, sitting at a small table in the big empty house, having cake and ice cream.  That's all Yeardley does now.  An unwashed, pathetic creature, slowly collapsing into a heap.  Cecily, though . . . even after twenty years, Cecily looks fresh and blue-eyed as ever.  Every day is her birthday."

Chesterfield fell silent, and in a quiet reverie the Club membership finished their whiskeys.

Then with murmured pleasantries they were collectively calling it a night. Gastineau (tolerated as the non-drinking designated driver) went to start the van, and soon they were all outside inhaling the crisp night air in the gravel parking lot in front of the double-wide mobile home housing the Fortescue Club.

The cold air cleared one's head.  Perhaps clarity brought a sense of shame or concern for truth, things not allowed within the Club.  If so, every man there kept such thoughts to himself.

There was a ring around the Moon, a sign of snow to come.  But for now, it was a beautiful clear night.