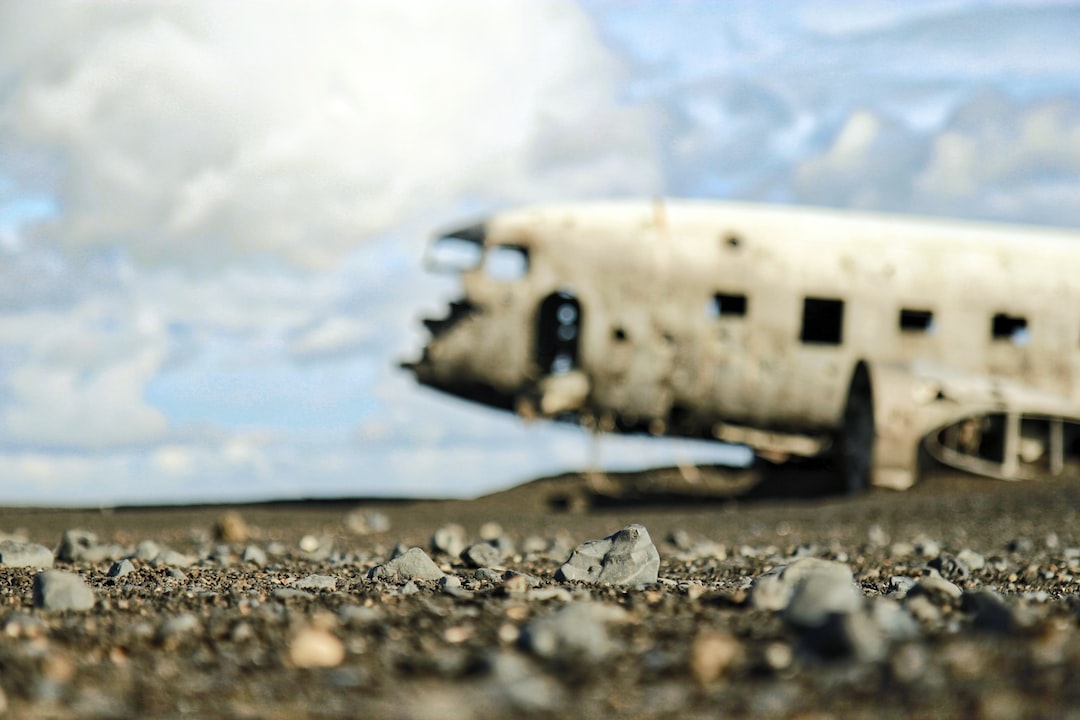 Photo by Patrick Hendry via Unsplash.

From the author: The future isn't what it used to be -- and certainly not what she was expecting.

The door of the Machine hissed, and the girl came out at a run, eager, fists clenched and legs pumping, as if the door had opened on ice cream and roller coasters and every last birthday wish.

She skidded, then, to a stop, her sneakers sliding in ash and grit.

So this was it.

Her heart roared in her ears as she stared at the choked sky, the dull earth, the craters and cracks that scarred the jagged horizon. Amid the charred trees and rubble, she saw only one recognizable object, and she walked toward it: a park bench, neat and trim in fresh green paint, where a white-haired man rested with his cane propped up beside him. He turned to her as she approached, and his eyes were wet.

"I'm sorry," he said. "It's hardly what you were expecting, I'm sure. Hardly what I ever hoped for, myself."

There was nothing to say to that, so she shook her head and sat down next to him.

"When I was your age, there were rockets. Great shining things." He smiled at the memory. "For you, there should have been vast ships. Green lands. Cities in the clouds. Planets lined up like jawbreakers in a candy store. All those beautiful horizons..."

Neither spoke for a long time. From somewhere came staccato gunfire, and from somewhere else the steady thump of marching troops.

"Rockets," the old man sighed, as if it were the name of someone he'd loved long ago, and lost, but would always love.

The girl scuffed the toe of her sneaker in the gray-brown dust, drawing lines and smoothing them over. The future. Her future. The one she'd worked so hard to see, the one she'd dreamed about so many times. Disappointment flared to anger, and then anger cooled to something quiet and steady, something that pulsed with her breath and her heart, a solid stillness she'd never known was there.

She could hear the replies in the silence that followed, all those things she'd already heard so many times, all the reasons why not, why it wouldn't work, why it couldn't happen, why it shouldn't be. Yes, but. Well, actually.

The old man stood and leaned on his cane. He looked toward the horizon, and then he looked back at her. "It will take a long time."

She nodded, standing next to him now, watching black smoke rise from a distant explosion. "But maybe there'll be others." She thought of the people fighting out there. With nothing left to destroy, maybe some would want to build. Maybe the old man wasn't the only one who remembered. Maybe she wasn't the only one who still hoped.

She held out her hand, and he took it.

"Maybe," he said. The word was a whisper and a promise and a prayer, and together, they walked on.