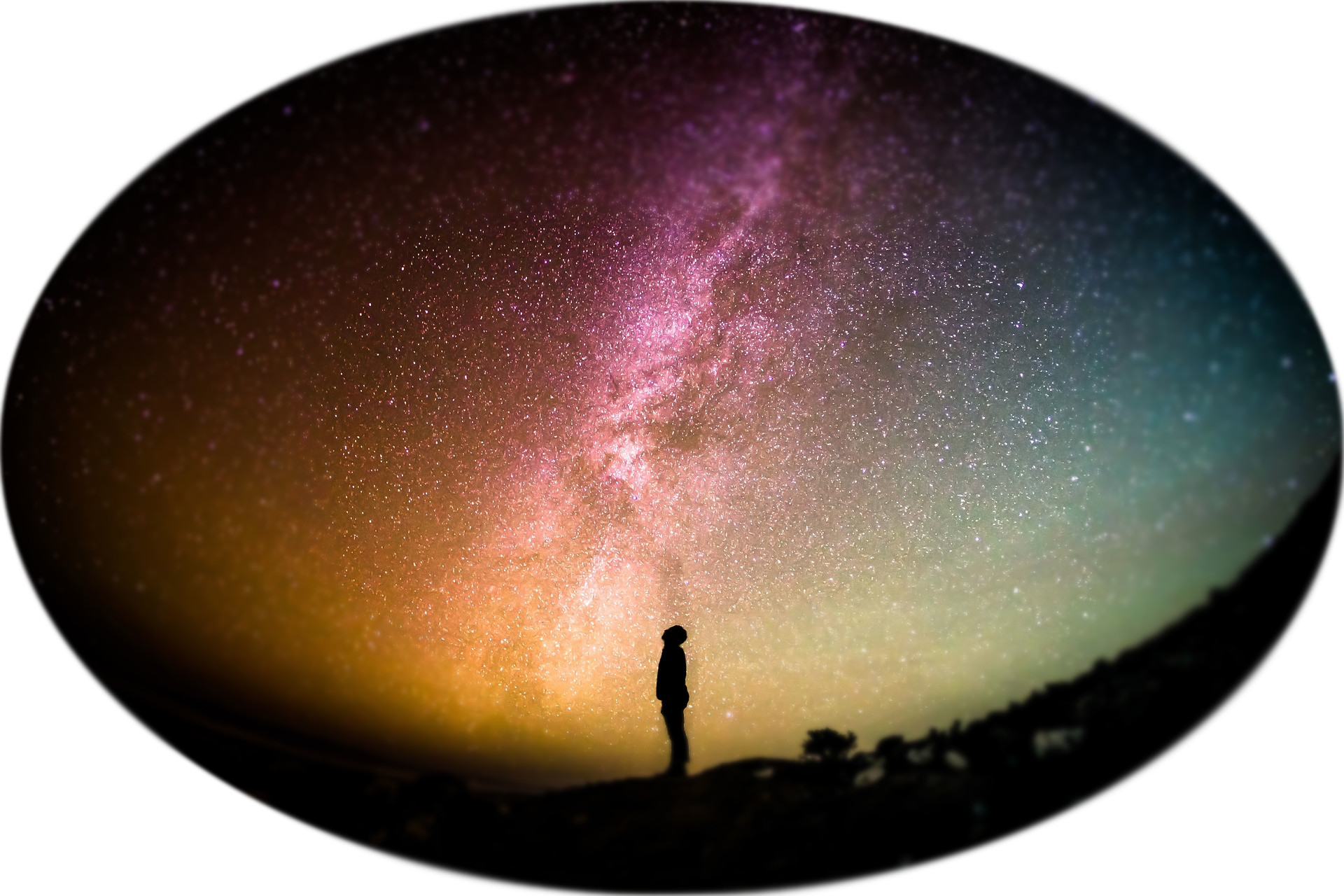 From the author: Baby Antoine made a universe. But what has he done lately?

Antoine had auspicious beginnings. He did not spring fully-formed from the head of his father, nor did he strangle serpents in his cradle, but there were other signs.

For a first effort, it was laudable. The mature, experienced gods might have called it “quaint,” had it come from a journeyman god, or even an apprentice. But Antoine was only a century old, not long from his mother’s womb. A baby-made universe was buzzworthy.

Antoine was the son of Cleome and Gaspar, two lesser gods about whom no one thought much. They never put on airs, nor were they jealous gods, jealousy being a trait they had always found petty, though surprisingly common among gods. And they had no presumptions as to where they stood in the hierarchy. Cleome and Gaspar simply kept house and went about their business keeping the water tables at their proper levels, according to the needs and the prayers of the locals.

They depended upon the rain gods (there were more than a hundred) for water. In fact, that dependence was the main reason they were so unassuming: When you’re dealing with gods, social skills are make-or-break. After a few thousand irrigation-related debacles, Cleome and Gaspar had honed their inter-deity skills—they knew how to get along. This accomplishment was not widely appreciated among the gods of the earth, sea, and sky, but for a god, being diplomatic is a stretch. Having gotten the hang of it, Cleome and Gaspar had settled into a comfortable routine.

Then along came Antoine.

Gaspar had agreed to progeny after an eon and an age—without enthusiasm, it must be said, but not unwillingly—if only to keep peace in the domicile and to end the frequent moping that Cleome was prone to, she not having a little one to cherish and to care for. Yet Gaspar was unprepared for the impact that Antoine had had on the household, and on him personally. That gods should be moved by such things as love and parental bonds was not unheard of, but most gods admitted that you really didn’t know until it happened to you. So it was with Gaspar. When Antoine made his universe, Gaspar could not have been more proud.

“Where shall we put it?” Cleome asked.

Gaspar stood by the cradle, the baby cooing night music and grinning rays of the rising sun. Gaspar clutched the nascent cosmos, still expanding, until it exceeded Gaspar’s reach and he dropped it, sending it bouncing across the floor, bumping into the dresser, coming to rest in a corner, its protogalactic disks condensing, stars igniting, novae exploding, their glowing remnant nebulae recapitulating the cycle of birth, life, death, and rebirth.

“I’ll find a place, maybe in that display case I’ve been meaning to build,” Gaspar promised, knowing that his box of dry, inhospitable worlds would have to stay in the attic for now.

Good as his word, Gaspar set the universe in its own spot in the family room, the thing no longer swelling, having reached stasis. They admired it often, showing it to houseguests. Gaspar loved calling attention to the gravitational lensing, noting that this was a detail missed even by experienced gods; yet, as Gaspar stated proudly, Antoine “just knew.” It was the center of attention for a millennium.

The next millennium, not so much. The glowing orb no longer the conversation piece it once was, Gaspar had stored it in the attic, replacing it in the family room with his collection of desert planets. He decided to make the switch not only because Antoine’s universe had lost its novelty, but mostly because it was the last thing Antoine had done of any consequence. Gaspar couldn’t help but wonder why Antoine hadn’t lived up to expectations, given his early promise. Oh, he had the divine nature—immortality, and power to manipulate time and space—but a baby who made a universe shouldn’t have stopped at that. Antoine hadn’t even kicked up a decent storm in centuries.

When he’d matured to adolescence, Antoine had avoided the usual moodiness, irritability, and irrational outbursts—the growing pains in most gods’ lives responsible for the natural disasters mortals found so difficult to explain. Instead, Antoine was a sweet kid—always quiet, always accommodating, never vengeful or cruel. Gaspar and Cleome were grateful for having been spared that troublesome phase, only occasionally irritated when friends asked, “How’s your boy—Antoine, right? Didn’t he make a universe? What’s he done lately?” Occupied with their own responsibilities, Cleome and Gaspar appreciated the times when Antoine disappeared—who knew where?—reappearing decades later, still gentle, still benevolent, still smiling sweetly.

“Have you seen my golf clubs?” Gaspar asked Cleome one day.

“You haven’t played golf in forever,” Cleome replied. “I didn’t think you liked the game anymore.”

“I need rain in Africa,” Gaspar explained, “and the god likes golf. Have you seen my clubs?”

“Have you looked in the attic?”

Gaspar climbed the attic ladder, surprised to find the door already open. He poked his head through the hatch.

The space was suffused in soft, silver light, as if from a moon behind thin clouds. Gaspar searched for the source, squinting to see Antoine’s glowing universe by the wall, and, sitting cross-legged beside it, Antoine.

Gaspar pulled himself up, then went to Antoine and sat next to him, not saying a word. Antoine looked at Gaspar and smiled.

Antoine turned back to the universe, unmoving except for slight turns of his head, as if he were listening for some infinitesimal sound.

Gaspar looked and listened, too. A few years passed before Gaspar heard it, then saw it, then felt it—the creatures of the universe, a billion souls on each of a trillion planets, their spiritual emanations radiating in perfect synchrony. Gaspar had never felt such a thing: a whole universe without discord—no supplications to the gods for victory, no prayers for revenge, no pleas for mercy, no cries of despair. Gaspar heard no petitions of any kind—silence instead of the non-stop babble that most gods learn to ignore, pushing the irritation into the background, like a hissing radiator.

A century passed, waves of coherent life energy washing over Gaspar and Antoine, filling them with sublime calm, before Cleome popped through the hatch.

“Did you find your clubs?”

Neither Gaspar nor Antoine responded. Cleome sat down beside them. Another century passed.

“What is this?” Cleome asked.

Cleome stared at her men, then at the cosmos, then back at her men.

“I know it’s Antoine’s universe. What I’m asking is, what’s going on?”

“I’m not sure what you’re getting at,” Gaspar said, eyes closed, resonating with waves of benevolence.

“Those people—they’re not doing anything!”

Gaspar’s eyes popped open. “They what?”

“Look at ’em. They’re just the same as they were when I sat down.”

Gaspar paused for a year.

Cleome stood up. “They can’t be that happy, if they don’t know what misery is.” She pointed. “There.”

“Your clubs. There they are.” Cleome disappeared through the hatch.

Gaspar watched her go, eyes lingering on the open hatch for a decade. He turned back to the universe. He studied one family for a millennium, fifty generations of mating, birthing, growing, living, and dying. Generation fifty was indistinguishable from generation zero: the same tools, the same language, the same teachings—that all creatures are Antoine’s children, free of fear, wanting for nothing. Their history was a flat line, trending neither up nor down.

Antoine sat motionless, breathing regularly, as if in meditation, a beatific smile on his face.

A glinting feature caught Gaspar’s eye. He leaned closer, squinting. Light from a distant galaxy passed near an immense supercluster, stretched into exquisite arcs—a gravitational lens. It was beautiful.

Antoine had made a fine universe, stable and long-lived, the hallmark of a well-crafted cosmos. But it suffered one fatal flaw, the oversight of an infant god, a mistake a master creator would never have made: Antoine left out the conflict.

Gaspar lingered another century and a half, basking in the emanations of a blissful people. He left Antoine meditating by the orb, uncertain how many millennia would pass before he would see him again. He picked up his clubs and climbed down the ladder, out of the attic and two thousand years into the past.

He had work to do. People were hungry, and crops were dying in Africa.

And the god liked golf. 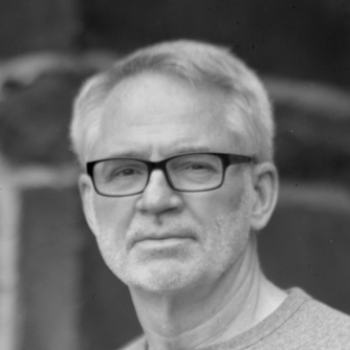