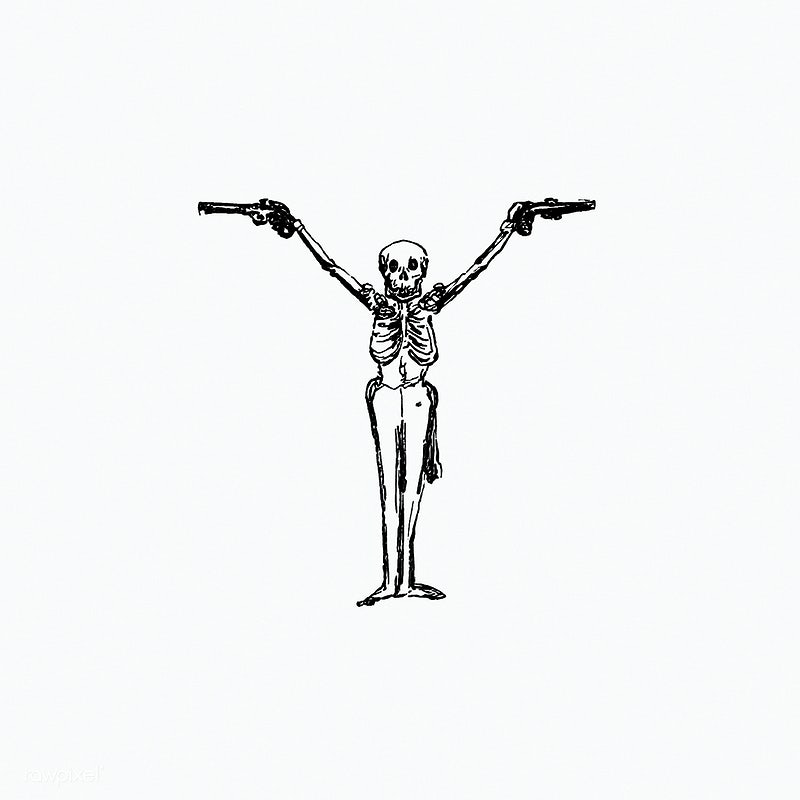 From the author: A duel between gentlemen's gentlemen.

Was it a noble gesture, or are they just terrible shots? I wondered as much aloud; answer came there none.

The referee, Duranceau or something of similar vein, shrugged with Gallic fatalism and hurried off. No matter; nothing will avail me now.

Calvin, yonder, is just canny enough one might wonder if this accident were in fact deliberate. Did I at some time offend this jackass? He stands now under the rosewood tree, sweating from beneath his silk hat and scratching apish beneath his silk shirt.

My counterpart, the other second, Marcel, is Calvin's chum from uni days, a harmless simple dandy and sponge for claret, brandy, and the gambling allowance from his father. He looks befuddled, more than usual.

Teerson, having a paucity of friends, had to ask me, his valet, to act as his second. (Unlike his alleged friends, I've never called him "Tiresome" behind his silk-clad back.)

Calvin supplied the antique smooth-bore cap-and-ball dueling pistols, supposedly used by one of his suet-faced ancestors. If he'd provided honest lead bullets as well, unlucky Marcel and I would at least be out of our misery.

We four (plus useless referee) met this morning on the grassy sward behind the Super Target (ah, a joke lies therein; leave it be).

Calvin and Teerson formally acknowledged the fatal insult (something Teerson had Tweeted about Calvin's mistress in an ill-considered semiliterate rant he posted, deleted, and re-posted on a night of much Madeira).

Marcel, clearly hungover, presented the pistol--and then Calvin took from his pocket two Slo-Plode rounds, unmistakable by their eerie shimmer.

You've doubtless seen the effects of these horrid (and horridly expensive) devices on YouTube. It is widely held they are not the pistol-ball of a gentleman, a sentiment I agree with.

Soon, friend Marcel, we'll be beyond care and strife, not to mention rhyme and meter.

So, the two men, commencing back-to-back, marched their paces. Calvin turned first, but held his fire, and they stood, pistols aimed at one another. Teerson's pistol visibly wobbling.

Abruptly Calvin's aim swung away from Teerson, to the right--and Teerson followed suit, mechanically, and both men squeezed triggers, and I felt--as surely Marcel felt, the same instant--the impact, the shock. The warm, wet--God!--fleshy blow against my chest, and a spreading heat as the damned thing seeped in through my skin, into my innards.

One asks: Why? For fuck's sake? Yet, the hourglass running out, there's no point. Two halfwits decided not to shoot one another, and instead each shot his opponent's second, for no reason whatsoever.

Simultaneously his four limbs, akimbo, are themselves inflating, his fingers fat sausages, oh, there go his rings, split and burst, there go his fine buttoned boots!

Calvin and Tiresome--for shame!--both now are studiously not looking. Marcel was not tall, but we're looking up to him, as his face is a good nine feet above ground now, and higher still, occupying just a small front area on his rapidly ballooning head. Like a cartoon face but oh-so human eyes--robin's egg blue, with a tracery of veins, as noted Marcel is hungover.

It is a human face still, looking sad more than anything else.

They say there's no pain. One remains conscious--somehow--even as one's bones and bodily tissues stretch and expand. Marcel towers above us, twenty-five feet high, an enormous pink balloon man, vast square footage of naked skin, nothing concealed, grotesque yet beyond any human standard of decency.

They say the process creates a marvelous cooling effect as one expands--surely welcome on this sultry morning, warming towards swelter. My own shirt is soaked.

We've all stepped back, for Marcel is quite the size of a Macy's parade balloon now. Garfield, perhaps.

Far above me, his eyes meet mine, and with shame I wish we'd conversed, hung out, simply chilled together some time.

Blammo! A very thunderclap! Marcel has vanished, become a snowfall of crystalline pinkish fragments, glittering in the sun, falling on our heads, in the trees, across a swath of parking lot, all over Calvin's stupid Ferrari. They quickly evaporate--soon there'll be nothing left, which is an advertised feature of the Slo-Plode pistol ball. (Honestly, why are they even legal?)

With echoes fading and Marcel-bits melting, the two privilege-spoilt buffoons turn to me.

"My dear fellow, I do beg your pardon." That is from my employer, not from Calvin, who actually shot me.

Teerson looks sincere, and, damme, I shall forgive him. I do, I mean, for my shalls and any statements of futurity are all behind me. One must do the decent.

Aha, aloft! This must be what ascending in an aerostat is like--the ground silently drops away, and the everyday, the bothersome, even the powerful diminish into finely detailed toys. Into dolls.

My suit--burst to ribbons--gone! I never felt the fabric tighten and burst, so intent was I on this truly--ha!--once-in-a-lifetime experience. My Men's Wearhouse three-piece is no more nor less valuable now than Marcel's tailored Burberry threads. All is vanity and violins--no, what is the quotation? Something tells me it doesn't matter.

I do feel wonderfully cool, and there's a breeze up here, surely I sway like a daffodil. I lift and fix my my gaze above, troubles behind and beneath me, only clear sky ahead, ah, I forgot to introduce myself but that is of no matter now, now, very now, these seconds are everything.

Manuel Royal is by and large a fantasist, with forays into crime fiction.