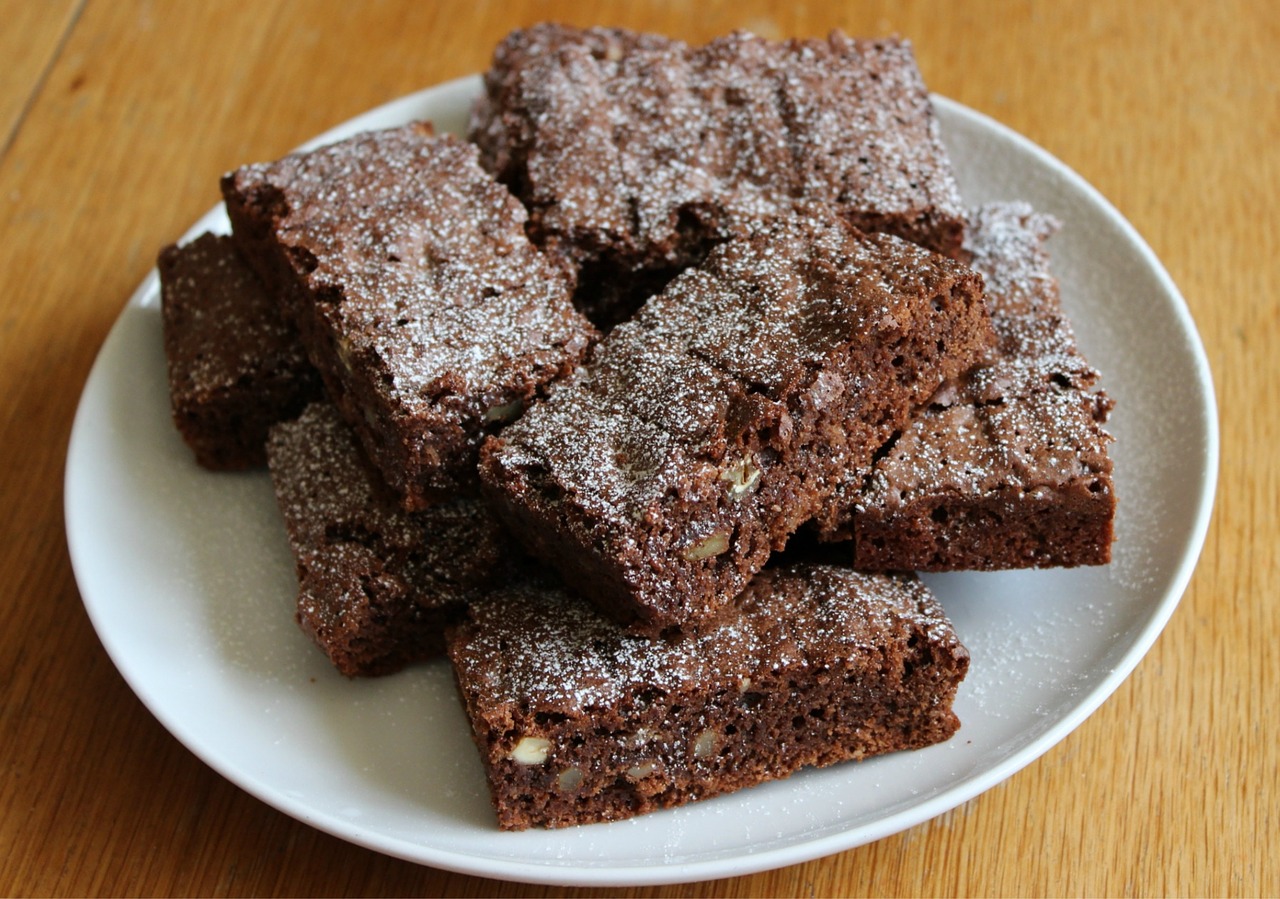 From the author: Cherish your loved ones. Also, you deserve a brownie.

My great-grandfather died last week. You know it's going to happen, but still, when the day comes, you're not ready.

I don't know how your family handles deaths, but we hold a viewing. Not a viewing of the body -- that's cremated right away. (Who wants to look at a corpse all evening? Morbid.)

No, we get together, usually at my grandmother's house. When they deliver the cardboard box of ashes from the crematorium, the baking commences. My aunts are all great at making cookies and cakes from scratch. Flour, sugar, cocoa, and some ashes from that box, ground up fine.

Families hang together by sharing memories. When we gather in times of bereavement to swallow the mortal remains of a loved one in the form of dessert, we're not just communing with our departed ancestors. It helps us appreciate the people who are still alive. That's the lesson I take from it. The psychic visions are icing on the cake. (Like Uncle Chase: buttercream on top of chocolate mocha.)

This time, it was my Aunt Ruthie baking, which is great because her bite-size brownies are awesome. She and my mom got to work in the kitchen, chanting and mixing, and pretty soon the whole house smelled good. The rest of us hung out in the living room or on the deck, and nibbled on ham and whatnot, but it's hard to get your mind off brownies once the aroma is up in your nose.

My Uncle Wayne joked about putting pot in the brownies. I said, "On top of Old Papaw? That's gilding the lily!" (My grandfather is Papaw; his dad was Old Papaw. Every family has its quirks.) It wasn't really funny, but on such an emotional day people are never far from either laughing or crying. It's got to come out some way.

Then Aunt Ruthie came out and set down the first tray of hot brownies, and we dived in.

Excellent as always; just fudgy enough to be chewy, and she'd doubled the spiced rum to cover up the cremains, which you could hardly taste at all. (I know that might sound strange -- making brownies with rum. Trust me, it's great.)

If you've ever consumed burnt ancestor, you know how it's like when you're just on the verge of sleep, and little dream-fragments start running through your head. Only they're bits of the lives of all these dead relatives, jumbled together. It can get trippy. (The rum also helps you relax into it.)

I popped a whole brownie in my mouth, and right away I was engulfed in a warm darkness. Just one pleasant floaty moment of that, and then -- zap-a-doo, an overwhelming torrent of images and sensations from lives already lived.

A suet-thick gouty red-faced man was lurching and swaying on a wooden ship's deck, awash in saltwater, falling hard to his knees as the ship struck and foundered.

Men sat with cards and whiskey in a paneled den full of cigar smoke, two of the men secretly trading caresses beneath the table. One of them, my kin, already dying of TB. (I could feel his death, drowning in bed, bright blood on the pillow.)

There was a woman screaming as a baby slid out of her in a great wash of blood. She sank back pallid as a ghost and died while her new son squalled, then he was a knee-scabbed dirty-faced boy climbing an oak tree, standing no-hands on the biggest limb and laughing, then the wood beneath his feet was a gallows and he was a hard bitter empty man, and his last view of the world was the inside of a cloth hood. Thick coarse hemp against his skin, falling in silence -- I felt his throat collapse even as I still felt the woman splitting open and bleeding out to give him birth. Yikes!

And there was Grand-Papaw! Holy cow, he really did burn down the radio shop for insurance. (There was a lot of other stuff, but this particular nugget meant my brother Jamie owed me twenty bucks. Something embarrassing always comes out at a viewing.)

There were more and more visions, lightning flashes of love and hate, kids growing out of their clothes, stronger and taller every day and not afraid of anything, old farts afraid of everything and losing their faculties and waiting for whatever end would find them. Just a whole head-filling flood of stuff, a window full of faces, soft blue-eyed babies and parchment-dry stick-thin ancients, translucent skin barely covering their skulls. Skeletons already, wheezing out a last breath. A million little moments of existence, good and bad, like endless rattling beads strung out between wombs and graves with pain and blood and infinite darkness at both ends. You know what that's like.  Takes a second, feels like hours. Then you look around -- everybody's still chewing, and you see smiles, a few tears -- it really does make everybody feel closer.

Before you know it you're hugging cousins you haven't seen in years, forgetting about old arguments and annoyances, and you remember that the good things about family really do matter more than the bad.

It was a good time. I ate three brownies, and each was better than the last, then I had to stop myself. So good, but so fattening. Every family viewing like this, viewing all those deaths, drives it home: you can be really fat or really old, but probably not both.

Free advice -- if you've got family you haven't spoken to in years, maybe a parent you're on the outs with, you need to swallow your pride and go see them and give 'em a hug. When they die, put them in a German chocolate cake or something. You might get to feel that hug again from their side. Trust me, it'll make your day.

Don't know why so many folks can't be bothered to do that simple thing. I don't judge.

This story originally appeared in Fiction365.