Ephiny made this story available for free. Say thanks by sending her a tip.    Send Tip 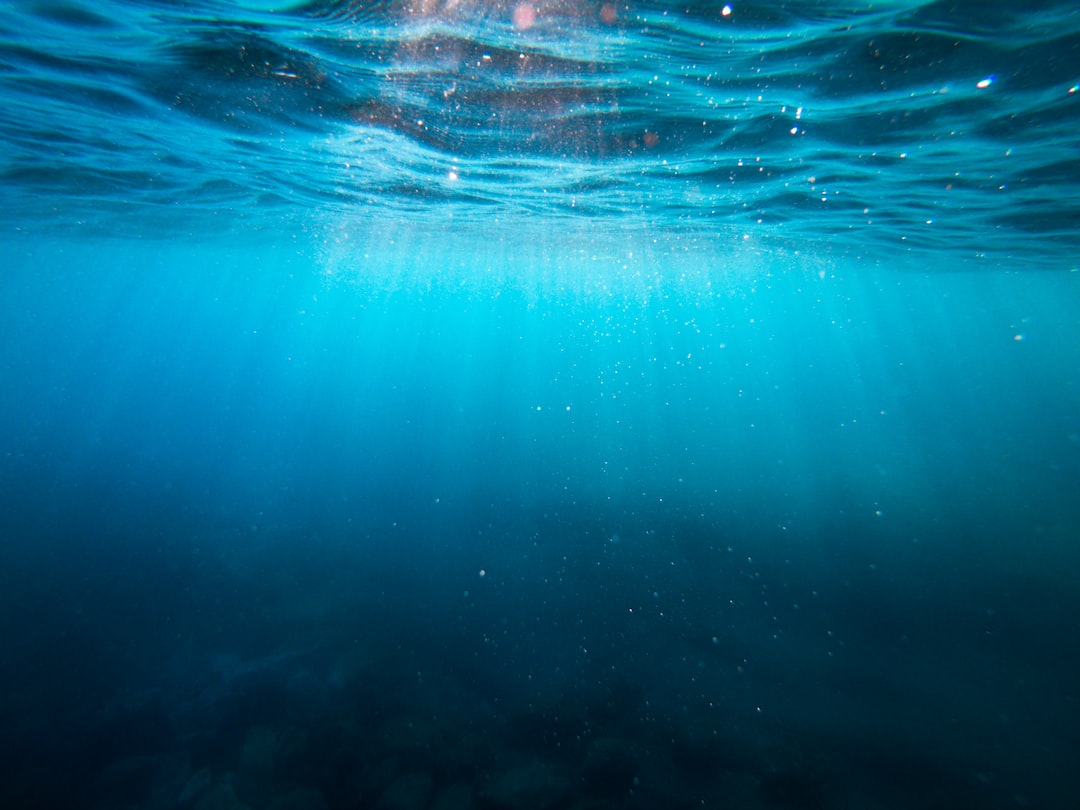 Photo by Cristian Palmer via Unsplash.

From the author: The squids save some children from drowning, and afterwards those children are never the same.

Clarice falls out of the canoe when she is five and a half. She has two siblings, older and louder than she is, so it takes 94 seconds for the remaining occupants of the canoe to realise she has gone. Her father dives valiantly after her, but by then it makes no difference. She has sunk too deep, and three protective tentacles reach out to claim her. A fourth tentacle pries between her lips and tinkers around like a mechanic inside a bonnet. When it withdraws, the water rushes in, and Clarice can breathe two dozen metres beneath the sea.

Emelia sleeps inside a working aquarium with three squids the size of large dogs. They hang suspended in the middle of the tank, the squids curled around her like she's the leg of a pier. She owns a penthouse near the beach, and the squids are more than capable of removing themselves from the aquarium, so Emelia can only presume they enjoy her company.

Some of her children choose to sleep in their own, smaller glass tanks, half for their own comfort and half, she suspects, because they enjoy copying her. There are still plenty of children who prefer more traditional beds. They are not her biological children: almost every morning she swims down to the sea bottom to meet with more squids. Occasionally there is an undrowned child wrapped in their arms, and Emelia takes her new charge from them with reverence. Rarer still: their arms are empty, but they'll move their tentacles in the way that means: there was a child but it went away. Then Emelia loses half a day searching the shoreline for dripping scavengers or toddlers with imminent tantrums.

So Emelia is the one to retrieve Clarice from a cocoon of gentle tentacles, and sits her on the edge of the pier with a Picnic chocolate bar and a beach towel around her small shoulders. She tells Clarice, “The squids saved you. They gave you a gift. But there are people who would want to hurt you, and other children like you, for that gift. They would run tests on you and make you do things you don't want to do. They might take you and other children away. So you can never tell anyone else what happened to you down under the sea. Not even your parents.”

Emelia would never encourage Clarice to stay with her. She doesn't even suggest it. For some of the children, she drops them back near their homes and they return to their regular lives. But most have them have changed, after breathing seawater for hours with tentacles draped around them like a royal cloak. Most of them beg her to let them stay, to join the others who have stared long into the ocean with nothing between their faces and the deep. She's only just started Grade 1, and she's wet and hungry and disoriented, but Clarice asks. So Emelia listens.

A long time ago, when Emelia was seventeen and only recently undrowned herself, another missing girl washed up on the beach with grand stories of squids and underwater adventures. It was in multiple newspapers. Emelia ripped the skin off her lips with worry, waiting for the next child with a similar report, and wondering how many more before adults would take them seriously and life would start to fall apart.

The penthouse apartment was bought when she was eighteen. There are not a tremendous amount of jobs which lend themselves to breathing underwater, but some of her children are underwater photographers. Some of them fish, some of them hunt for debris which has fallen to the ocean floor. Some of them are professional mermaids, who largely sit in the shallows with fake tails and pose for pictures. When she was eighteen, Emelia was a different sort of professional mermaid, in a largely-underwater porn film. She does not tell the children that this is how she paid for their home, or the bedrock of how she continues to support them. She wears sunglasses on the street in case anyone still recognises 'Melissa Harrington' and tells the children she has sensitive eyes.

Emelia brings Clarice up to the penthouse, and the other children run to embrace her and stroke her wet hair. They all trade origin stories in the sunroom, and Emelia makes everyone pancakes with extra maple syrup and choc-chip ice-cream. In the afternoon, Emelia puts together Clarice's new bed and tucks it into a corner next to Reagan's and Elodie's. The older children start to teach Clarice the basics of squids and the maps of the beaches and nearby ocean. For dinner, they have freshly-caught fish and chips and sit around in a circle, and after she's finished eating Clarice is allowed to stand on a chair inside Emelia's sleeping tank, so she can listen and pat the squids at the same time.

Emelia hasn't had a boyfriend since she was seventeen, because it was dating or squids and the squids won. But she's proud of the undrowned family they've built, child by saved child. She feels her heart grow three times when she sees Clarice's head duck underwater, blow bubbles around the squids, and grin straight at her.

Emelia still wishes she'd met the squids under less traumatic circumstances. She wishes she didn't have to be bound, weighed with concrete and tossed into the ocean to end up here. But now at least 'here' is very good.

She tucks Clarice in with a, “Goodnight, squidling,” and sinks down into her own watery bed, where it is silent and safe.

This story originally appeared in Next Curious Thing.

Ephiny made this story available for free. Say thanks by sending her a tip.    Send Tip 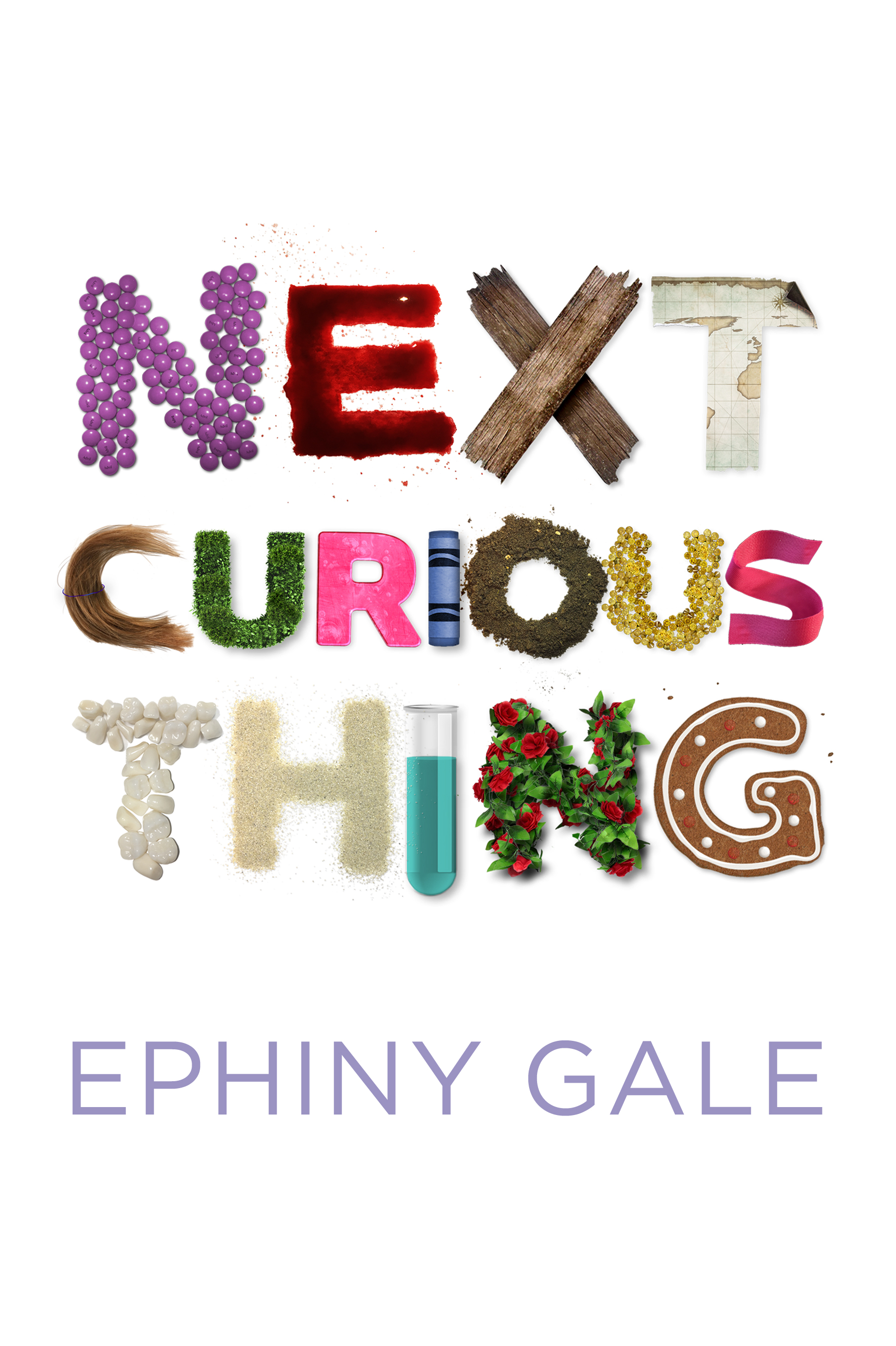 An otherworldly banquet of contemporary fantasy, dark fairy tales and soft science fiction, Next Curious Thing collects some of Gale's best short fiction from 2013 to 2018, including 'In the Beginning, All Our Hands Are Cold' (Syntax & Salt Editor's Award winner) and 'Wrecked' (Tangent Online Recommended Reading List). In addition to its previously published stories, Next Curious Thing features six brand new tales original to this collection. 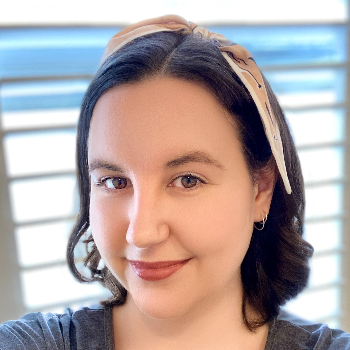