Poetry from the Stars: An Illustrated Novel
Chapter 7 of 7 · All · First · Last
Previous 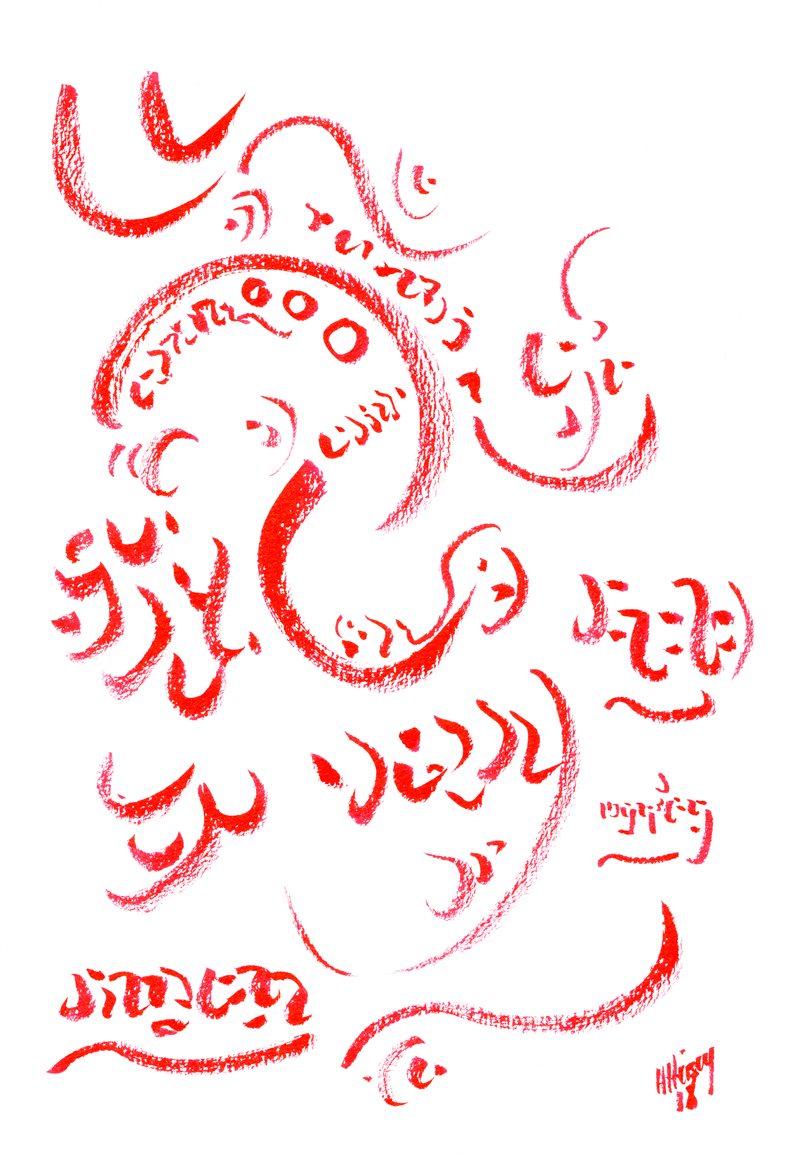 From the author: Dance

In times of chaos...

[Translator's Note:] We got married today! I wasn’t all that up for traditional marriage, as it’s an outdated social structure that’s been going out of fashion for a while now, but it was important to my girlfriend, so we did it. Just a small ceremony. She tried to talk me into wearing a tux, she said I’d look really dashing, whatever that meant, but I just wanted a white dress.

So I guess I have a few traditional bones in my body after all.

We made a wedding banner out of one of the messages that came through. No one will know what it means but us. We haven’t officially told anyone else yet about these messages—except these anonymous posts online, and wouldn’t you like to know who we are? [devil emoji]2

My girlfriend’s parents are super traditional. Like, last-century traditional. We had some turbulence with wedding planning. They wanted her to wear a tux, and that didn’t go well. I mean, not that it should have. They are grudgingly accepting, or at least realizing that if they want their daughter in their life they have to see her as their daughter, and lesbian.

My girlfriend did not let her dad walk her down the aisle. That would have been going too far. I definitely didn’t let my dad walk me down, either. There was no aisle. Just me and her, at the front of the planetarium, holographic stars overhead. A whole galaxy overhead.

And the big banner with its red writing behind us. Which people probably thought was some progressive modern art statement. Ha. Let them think that.

We know that in times of chaos, we dance.

2. Emoji were commonly used in the twenty-first century as icons to represent physical, mental, and emotional states, as well as substitutions for various words. Emoji was the ancient precursor to modern iconology and mental/emotional state sharing.