Poetry from the Stars: An Illustrated Novel
Chapter 5 of 7 · All · First · Last
Previous Next 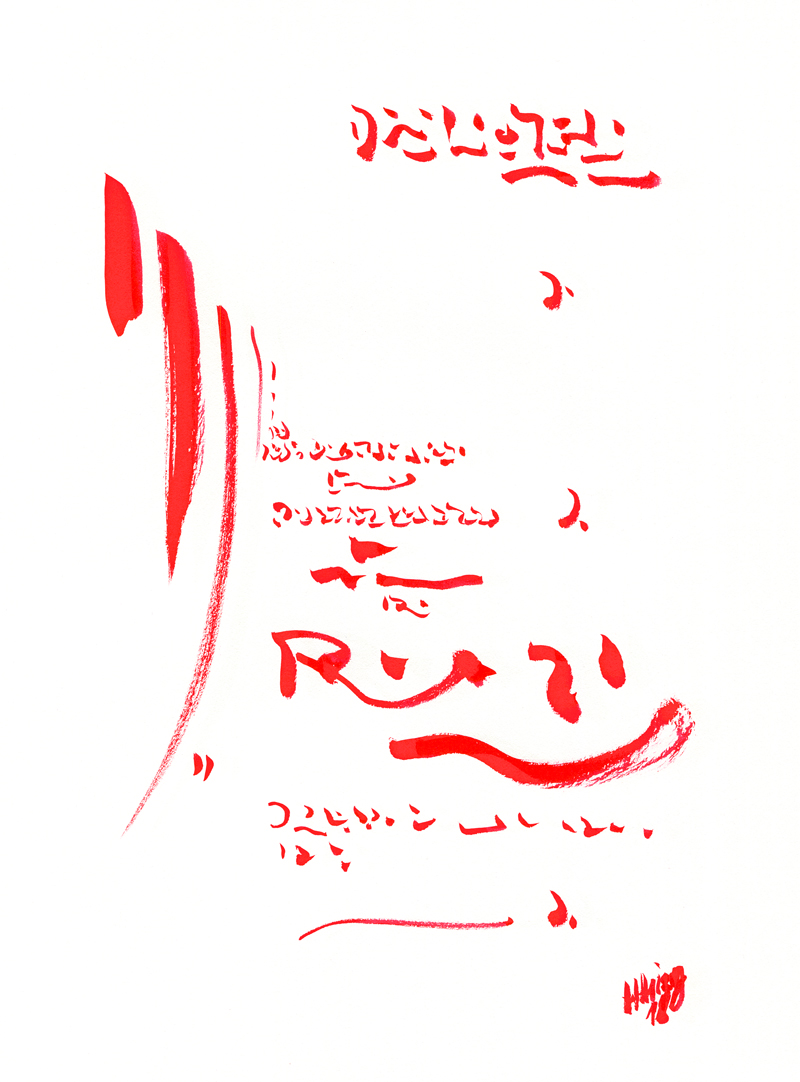 From the author: This Moment

I’ve chased you across lightyears

Of life and breath and soul

But I found you here

[Translator's Note:] I had my girlfriend over tonight.

When she first told me she was trans, she was so scared, like I might pull away from her after that, or worse, ridicule or hate her for it. The world still had some of that going on.

But how could I? She was so amazing. I mean, it mattered, but it didn’t really matter. Not where anything counted. We had stuff we had to work through, yeah, and stuff we still have to work through. Every couple does. But I love her. I love who she is, all of who she is.

So how can I tell her that I’ve not only been picking up messages from the stars in bitmap form but getting their meanings in my dreams?

But, when I showed her my equipment again, gradually working up to telling her how I was receiving things with it, another bitmap started coming through. I’d set my pattern recognition app to render an image as it translated the pixels instead of after it had translated everything, so it was slowly building, pixel by pixel diagonally from the top left corner of the image on the screen. The app was getting better at the patterns, too—they seemed to follow similar rules of logic, like they always started from the top left and then proceeded in upward diagonals, so the app could apply those rules as needed and the image rendered a lot faster than the first night.

My girlfriend stared at the screen, wide-eyed, as the triangular inch[1] or so of pixelated image continued to build outward.

“Yeah,” she said, and got really still as she watched.

And then I spilled it all. While the new image was building, I showed her the other ones. I told her about my dreams and that I could later just look at an image and know what it said. I told her I kept finding these intermittent light sources in the stars, and how I’d run every test I could think of, cross-checking everything I was doing, every satellite or other source I knew of that could interfere, and couldn’t find any outside interference. And anyhow, that wouldn’t explain the dreams.

She listened. Asking a few questions here or there. Mostly, her eyes taking on this otherworldly gleam.

Then, an hour or so later, the new bitmap was finished. We both just looked at it for a long moment.

“What does it say?” she finally asked.

I swallowed. I didn’t know. It was red, all one color. Similar in pattern to some of the others that had come through, but at the same time, its own message. Would this one come to me in a dream? Would it come at all? And why did my knowing how to read these things suddenly desert me now?

Then my girlfriend touched the screen and, in an unsteady voice, whispered:

I’ve chased you across lightyears

Of life and breath and soul

But I found you here

She turned to me, her eyes glassy with tears. “Yeah, baby. I’ve looked for you for a long time, too. And I’ve found you. I’ve found you.” She crushed me in a hug, and after a stunned moment, I crushed her back.